Bordeaux estates have begun their white grape harvests but most of the reds will be not be harvested until later in the month. 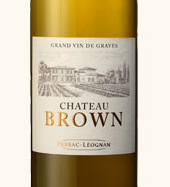 Château Brown in Pessac-Léognan has begun harvesting its Sauvignon Blanc crop, following in the footsteps of Carbonnieux and Haut-Brion, which began late last month.

The estate has just five hectares of white grapes, Sauvignon and Semillon, which will all be picked this week, along with the Merlot reserved for making the château’s rosé.

The château added it will not be picking its red grapes before the 20 September, although this is still somewhat sooner than last year when the harvest didn’t begin until after the first week of October.

Overall the crop is reported to be “good overall and perfect among the reds”, a slightly damp August – with 100mm of rainfall – diluted the fruit a little but recent good weather has restored concentration.