Reservations open at noon today for The Fat Duck, which returns to its UK home on 29 September promising “a complete rethink” of guests’ dining experience. 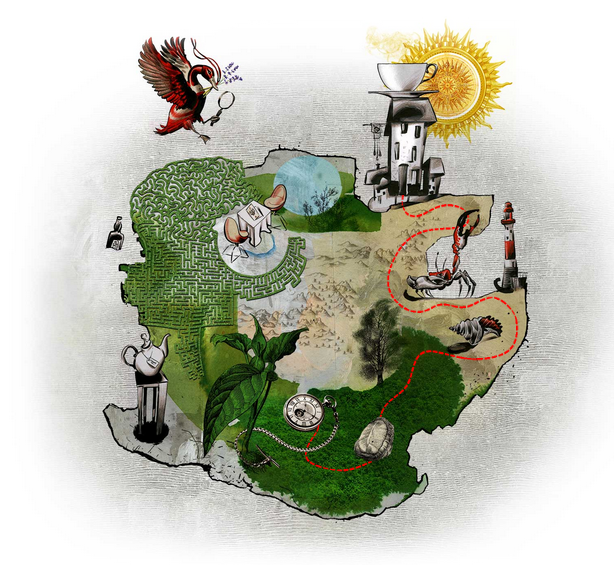 The three Michelin-starred restaurant’s team have spent the last nine months in Melbourne, allowing refurbishments to be carried out at its 16th century base in Bray, Berkshire.

However, a statement released by The Fat Duck confirmed that this time away has also allowed founder Heston Blumenthal, creator of famous dishes such as “snail porridge”, a chance “to focus on the future evolution of his pioneering restaurant.”

Ahead of the relaunch, Blumenthal outlined his desire to offer “something more individual, with a tailor-made element to the menu which would combine all my discoveries thus far, of story telling, multi-sensory, playful nostalgia and memories.”

The result of this ambition is a new menu, taking the form of a map, “which uses a perfect nostalgic day in Heston’s own childhood as a framework.”

Introducing this “journey”, Blumenthal explained: “It is me, describing my childhood holiday memory full of adventure, curiosity, discovery and playfulness that spans a day, from morning to night, breakfast to dreaming and in between; activities like rock-pooling and getting an ice cream from the van near the beach.”

Aided by the lighting, tableware, cutlery and the front of house team, the new menu promises to “act as a catalyst to bring your own memories to life.” For those who want to take the experience up a level, the restaurant promises an opportunity for them to “create their own personal and involved experience, as often or as little as they wish throughout the meal.”

Although some of The Fat Duck’s most famous dishes will be replaced by new ideas, they will be archived in a “Hall of Fame” and potentially brought out again for special requests or events.

When the booking system opens today at www.thefatduck.co.uk, it will follow the lead of restaurants such as Per Se in New York, The French Laundry in Napa Valley and The Clove Club in London by requiring customers to pay for their food – £255 per person – in advance. Additional charges for wine and service will be payable at the end of the meal.