Ballantine’s has launched a glass designed specifically for drinking whisky in space, overcoming its troublesome lack of gravity, aimed at the future generation of space tourists. 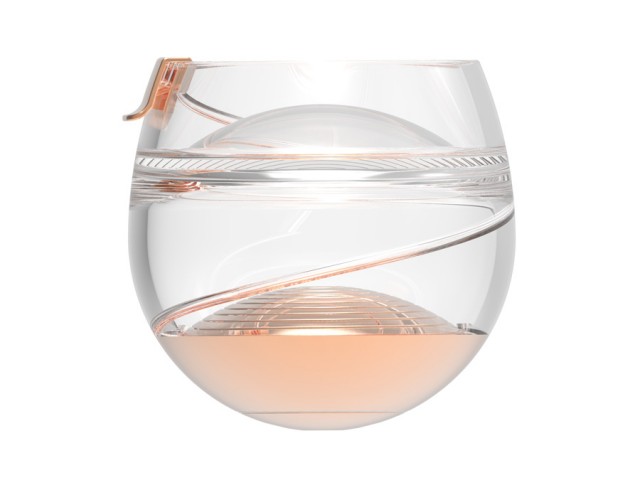 Ballantine’s commissioned the Open Space Agency, a collective of space designers, to create the glass in preparation for its anticipation of increased space tourism in the future.

To accompany the Space Glass, Ballantine’s Master Blender Sandy Hyslop has created an exclusive Special Batch of Ballantine’s Space Whisky, crafted to suit the impact that reduced gravity has on taste buds in space.

“In space, you do not experience the sense of smell and taste with the same intensity as you do on earth. This meant I had to make the Ballantine’s Space Whisky more heightened in flavour and robust whilst maintaining the Ballantine’s signature style. Astronauts miss the taste of home so crafting a fruitier, stronger, more floral blend is a way they can keep the taste of home with them.”

Designed to work in a zero-gravity environment, the Space Glass was rigorously tested at the ZARM Zero-G Drop Tower in Bremen, Germany, to prove its functionality.

Explaining how the glass works, James Parr, from the Open Space Agency, said: “We are using inertia and the notion that the whisky will stay at rest while the bottle and the glass is moved around the resting liquid. Motion one pulls the whisky into the base of the glass, then motion two is to roll the whisky in your hand and let the heat transfer through the metal base into the liquid itself. By then moving the glass down prior to moving your nose into the space where the vapours are resting. The final motion is to move the glass upwards to capture the liquid in the base plate and let it enter your mouth.”

Ballantine’s are not the first to set their sights on space. Earlier this week Ardbeg released the results of a three-year experiment to age whisky in space. It reported the space-aged whisky to have a “dramatically different” flavour profile to its earth-bound counterpart.

A similar innovation to Ballantine’s whisky glass was revealed last year by the Cosmic Lifestyle Corporation, who designed a zero-gravity cocktail glass for use in space. 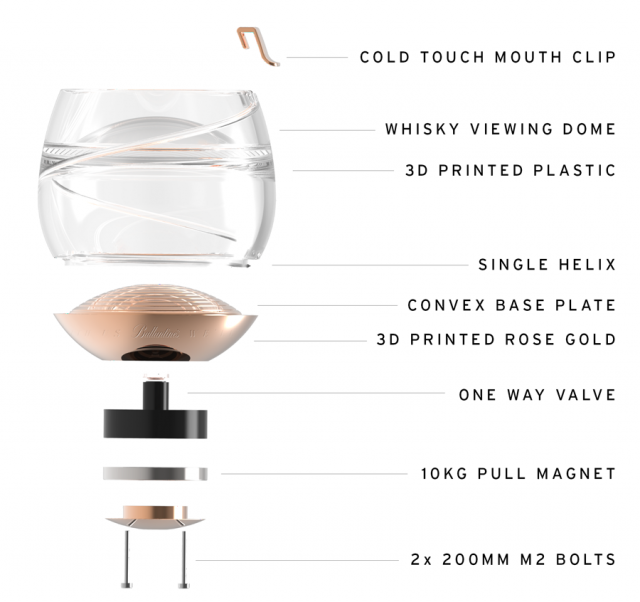