Cannabis-infused beer launched in US

The “world’s first” high-strength cannabis-infused beer will launch in the US this autumn, following the drug’s legalisation in the state of Colorado in January. 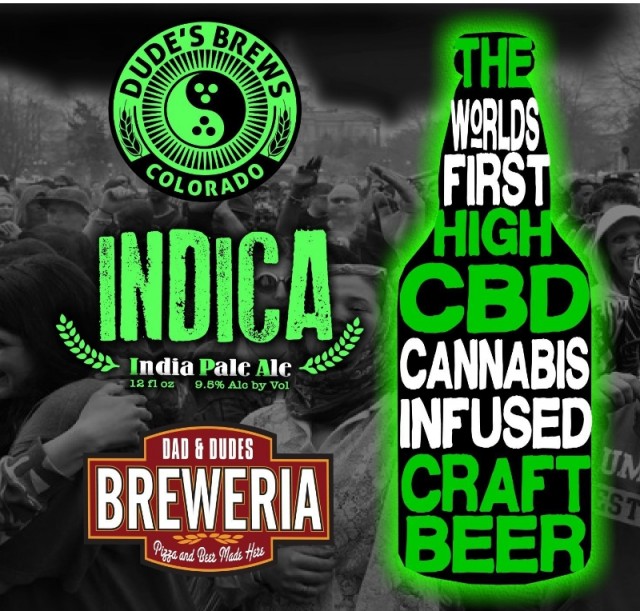 Dude’s Brews, the packaged-beer arm of Colorado-based Dad & Dude’s Breweria, will launch is Canna-Beer series in the autumn, debuting at the Great American Beer Festival in September, featuring a range of “CBD-rich, cannabis-infused” beers.

The line of beers will be heavily dosed with cannabidoil – also known as CBD – a substance extracted from the cannabis plant and which is known for its “non-psychoactive health benefits”, including stress relief.

After a year of negotiations and government obstacles, Dude’s Brews sourced a water-soluble, legal product to infuse with its beer.

“It’s the final word in Colorado-style session IPAs,” said head brewer Brian Connery. “It not only smells like the good stuff, but it has it in there, too.”

The first beers set for release will be a 10% Sativa IPA and a 5% Indica double IPA.

“Like the cannabis product, we recommend taking our double IPA in small amounts… it’s a big beer, and a dab will do ya”, said “Dude” Hembree.

Dude’s Brews, and the parent brewpub concept, Dad & Dude’s Breweria, are no strangers to cannabis controversy. In 2010 the brewpub opened with pot-themed pizzas and brews including the 420 Pizza, Munchies Pizza, Pineapple Express Blonde and Wong Bater Black IPA.

While this could be the first commercially distributed cannabis beer in the US, Dad & Dude’s Breweria is not the first brewery to dabble with cannabis-infused brews.

Last year a pub in Devon launched it own home-brewed ale made from cannabis, with the aim of rolling it out nationally. The £3-a-pint ale, dubbed by some as “ganja” or “Mary Jane” – Jamaican slang for marijuana – is made using cannabis leaves but is completely legal.