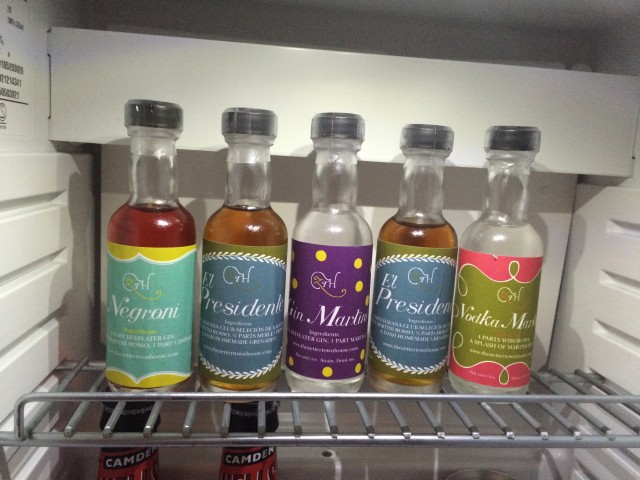 db went for a snoop around London’s newly opened Zetter Townhouse in Marylebone, sister hotel to the Clerkenwell original. With its in-house cocktail list devised by none other than mixology maestro Tony Conigliaro, the Zetter helps guests take the party back up to their room with this mini-bar full of pre-mixed miniatures. 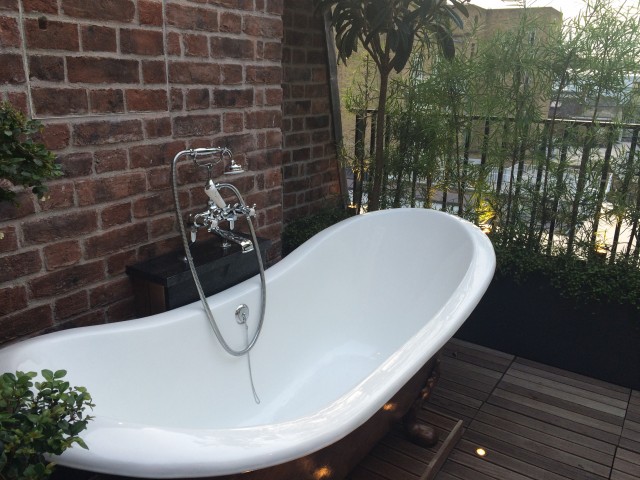 Book the Zetter’s rooftop apartment – yours for a mere £725 – and enjoy the decadent thrill of bathing al fresco. 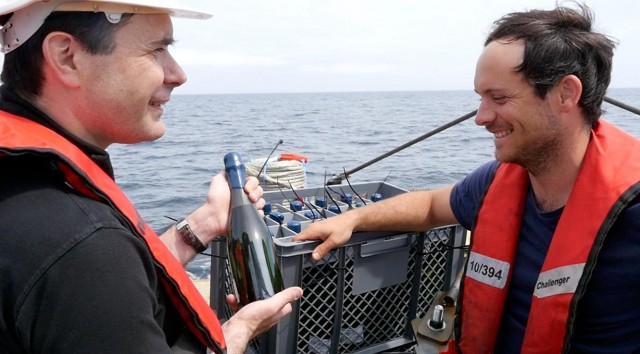 CA Grands Crus teamed up with Amphoris, a company that specialises in offshore and submarine operations, to immerse a selection of its wines 90 meters under the Atlantic Ocean. The underwater wine cellar is located off the coast of Ouessant Island in Brittany, France –an area chosen with the best conditions to enhance and accelerate the wine’s ageing process. 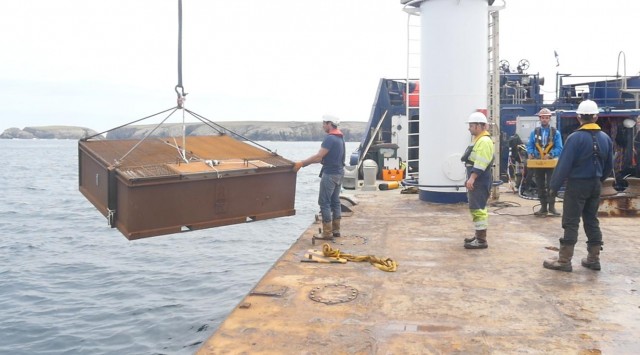 The bottles, sealed with wax, will rest in special cases that have been created to resist storms for nine to 24 months. At the end of the immersion, a wine tasting will be organised to compare the ageing process between the bottles stored under the ocean and in a wine warehouse.

BAFTA hosted a celebration to mark the final season of the ITV drama Downton Abbey at Richmond Theatre on Tuesday. Jim Carter, who plays Mr Carson, was one of the many cast members and crew to attend the event.

As official Champagne and wine partners to BAFTA, Champagne Taittinger and Villa Maria supported the event by providing the drinks. 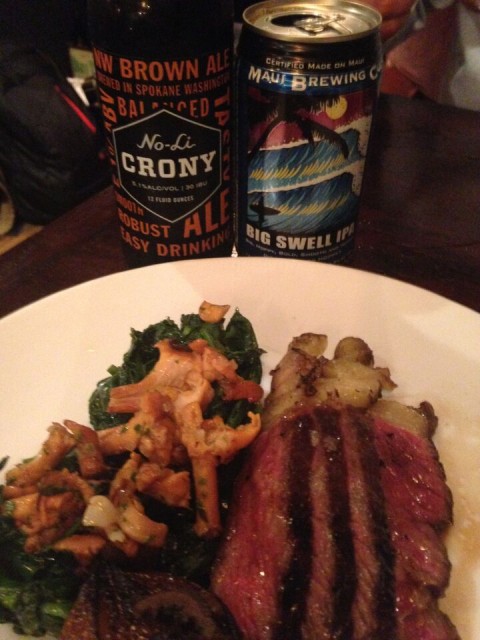 The Brewers’ Association (BA), which represents the craft beer industry in the US, hopped over the pond to host a beer and food pairing lunch at Kitty Fisher’s in London, the restaurant at which everyone is currently fighting to get a table at. Guests tucked into some of the finest British dishes around, paired with world-beating beers. 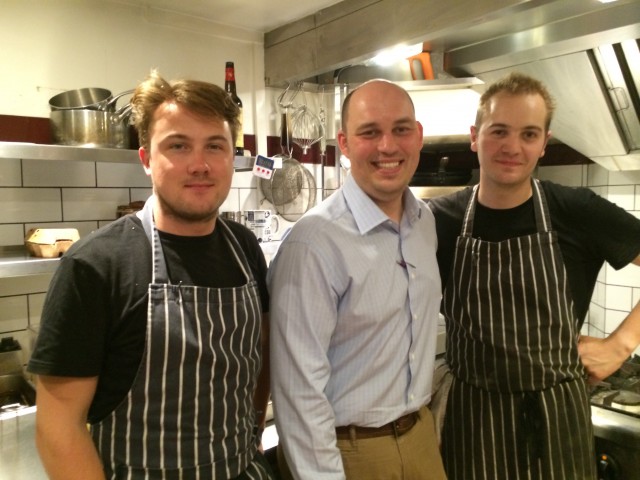 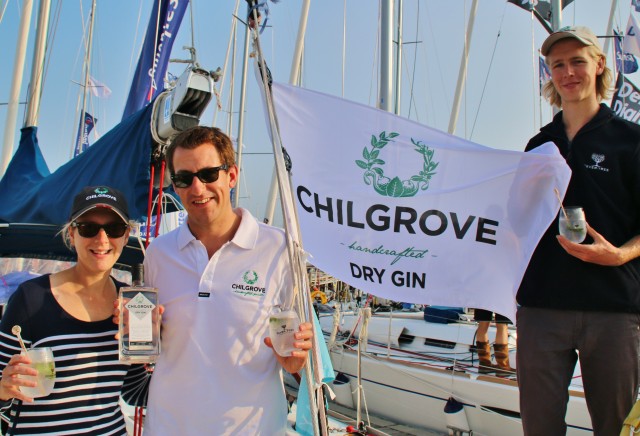 The co-founders of Chilgrove Gin, Celia and Christopher Beaumont-Hutchings, (left) teamed up with Charlie Shotton (right) of Fever Tree to deliver Chilgrove gin and tonic kits to hundreds of competitors at Cowes Week on the Isle of Wight this week. The trio reached boats at sea via their Chilgrove RIB (30ft powerboat).

South Africa’s Guild’s Protégé Programme received a donation of R10 000 from the proceeds of charity items sold at winemaker François Naudé’s private, black tie auction in Stellenbosch earlier this year. Every year Naudé’s Le Vin de François, a blend of the best Pinotage barrels from some of South Africa’s finest producers, is sold at the event to raise money for the winemaking mentor programme. This year’s 2013 vintage a blend of wines from Delheim, Kanonkop, Lanzerac, L’Avenir, Rhebokskloof, Simonsig and Wildekrans. 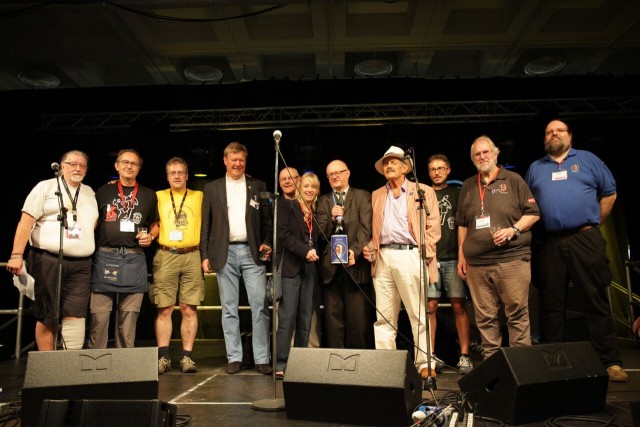 The European Beer Consumers Union, EBCU, celebrated their 25th anniversary at the Great British Beer Festival with the opening of a commemorative Jeroboam St-Feuillien Triple Belgian beer.  2015 marks 25 years since the UK, Belgium and the Netherlands came together to create a union dedicated to the preservation and protection of European Beer Culture. 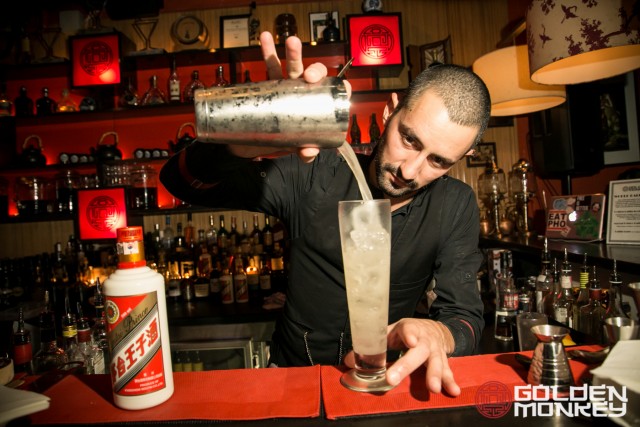 The Golden Monkey in Melbourne (pictured) serves up a chrysanthemum Baijiu iced tea, one of 20 cities to celebrate World Baijiu Day on Saturday. “More Baijiu is consumed than any other spirit, including rum, whisky, vodka and gin, but few people beyond China know anything about it,” said organizer Jim Boyce. “The goal of World Baijiu Day is to get creative, to get people into the spirit of the day.” 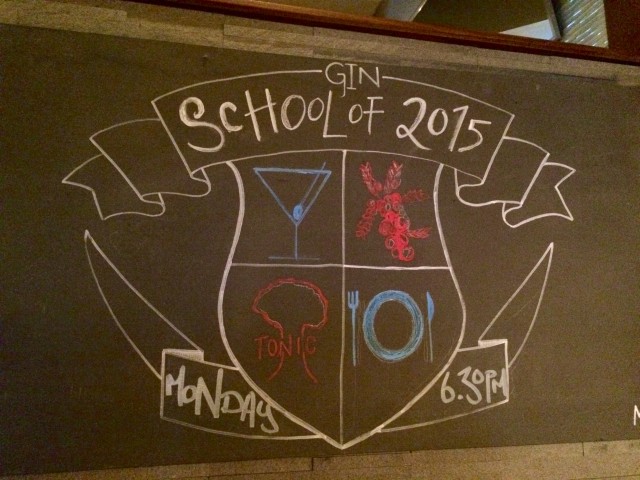 Never one to turn down the chance to drink gin, db headed to Charlotte’s Bistro in Chiswick on Monday to attend one of its popular gin schools. 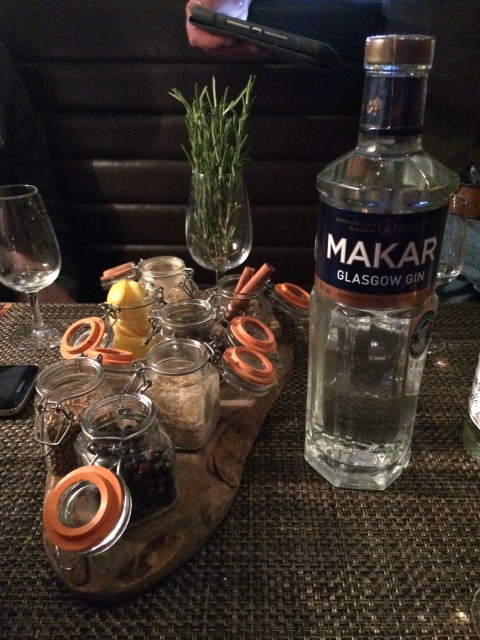 In the spotlight was Makar gin from Glasgow, named after the Scottish term for poet. Leading with a strong juniper base, among the other botanicals are liquorice and rosemary. The bottle shape tips its hat to Scottish architect Charles Rennie Mackintosh. 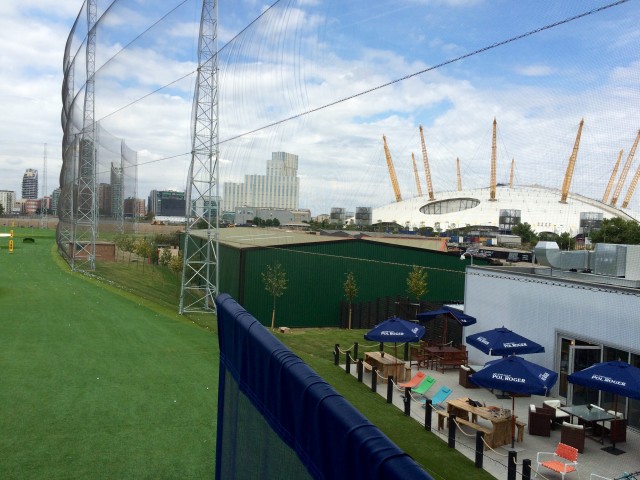 Keen to keep on top of new openings in the capital, we headed to Vinothec Compass in Greenwich this week – a new wine mecca and golf complex overlooking the O2 that boasts Pol Roger as its house pour. 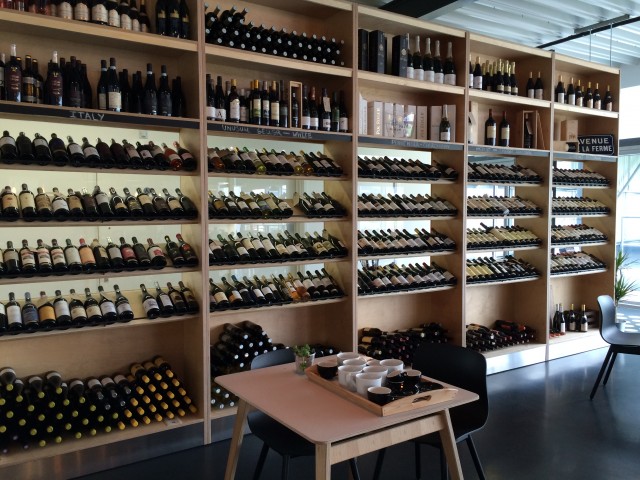 Run by Arnaud Compass, founder of Bedales Wines, and Keith Lyon, former head of wine at Waitrose Canary Wharf, wines are sourced from private French collectors and are sold for small mark-ups. 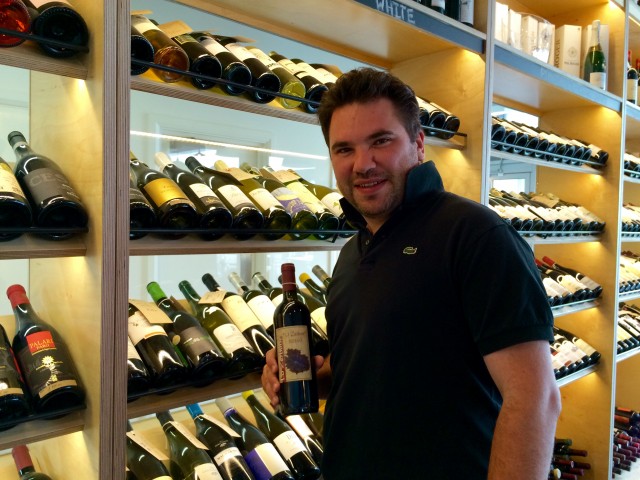 Passionate about wines from some of the world’s more undiscovered regions, Arnaud aims to shine a light on drops from Greece, Bulgaria, Slovenia, Romania and Croatia at Vinothec Compass. 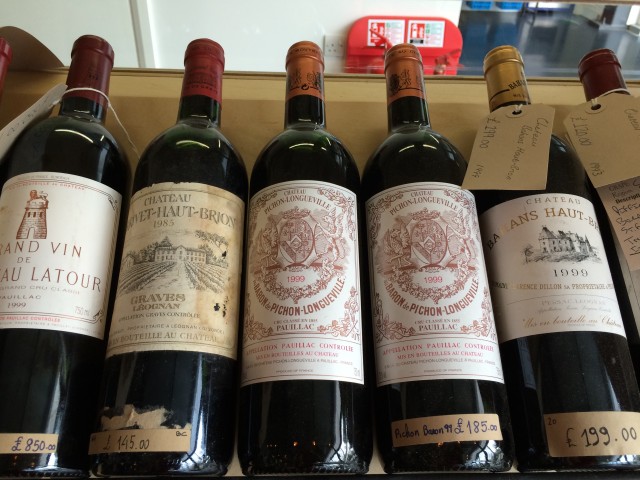 Though there are still plenty of wines from classic regions to choose from, such as these gems from Bordeaux. 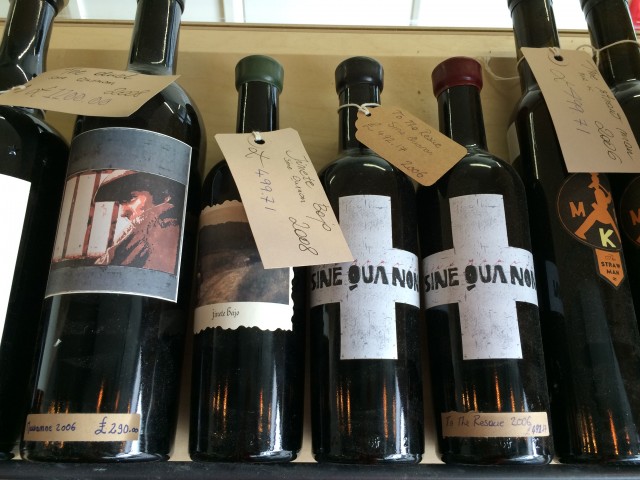 The restaurant also offers a number of wines from Manfred Krankel’s cult and highly sought after Sine Qua Non. 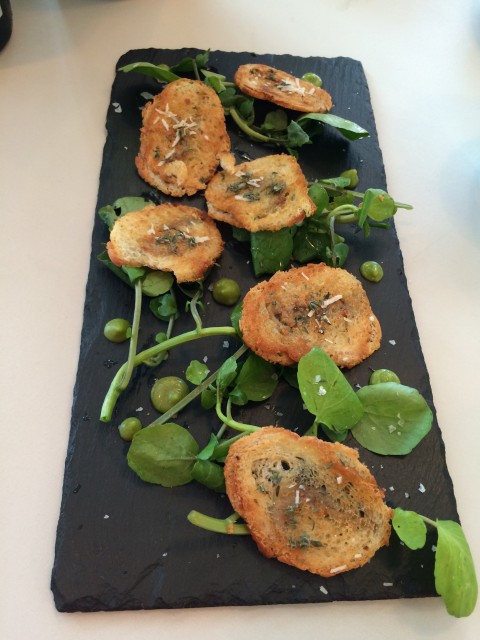 While wine is the star, the food is well worth exploring, with Spanish head chef Jordi Rovira Segovia creating dishes inspired by his motherland but with modern European twists, such as these scandalously moreish thyme sourdough toasts. 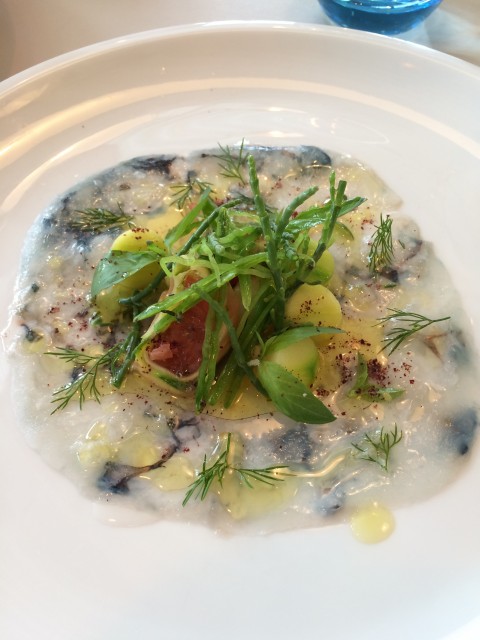 Another star dish was the prawn carpaccio with lemon and samphire 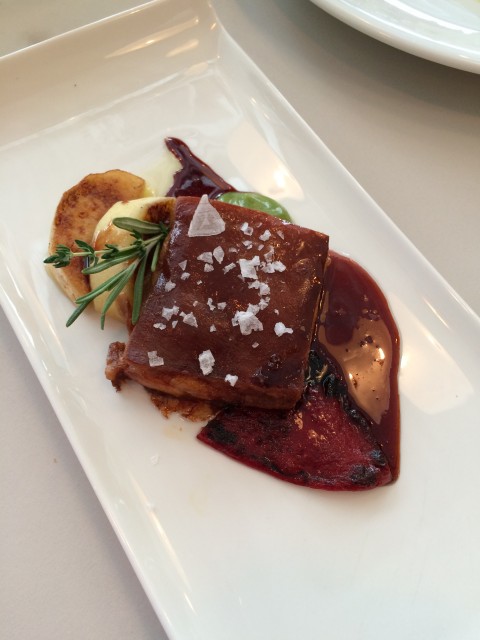 and the pork belly confit with piquillo 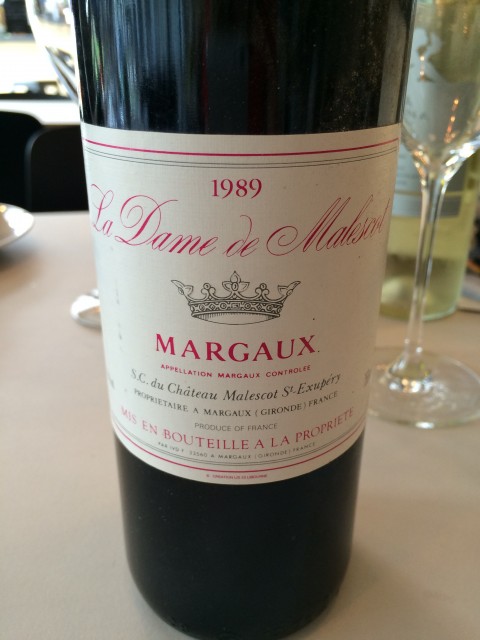 Among the wines enjoyed over lunch were this autumnal Margaux 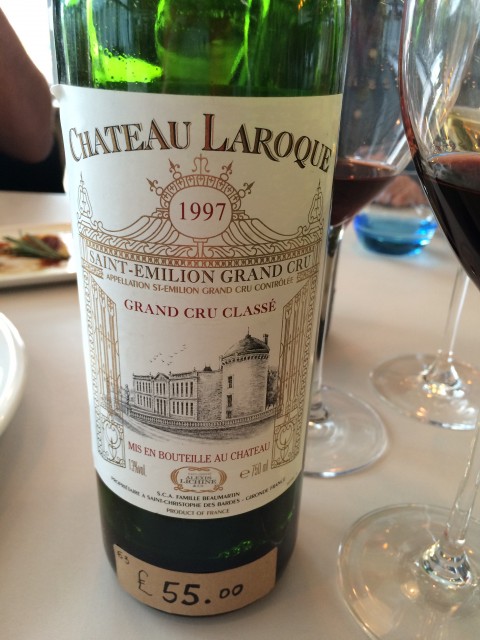 … and this sprightly St. Emilion, which paired exquisitely with the Cornish lamb with a garlic and herb crust. 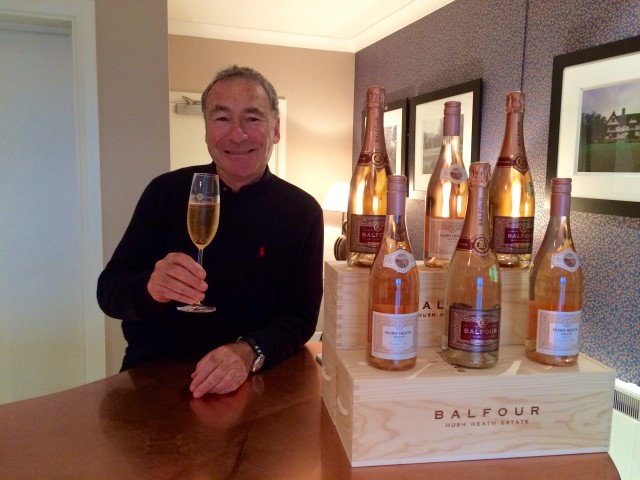 Braving indecently stormy weather, we also found time this week to pay a visit to Hush Heath in Kent, where we were given a grand tour by owner Richard Balfour-Lynn, though sadly had to enjoy the vines from inside a Land Rover due to thrashing rain and thunder storms. 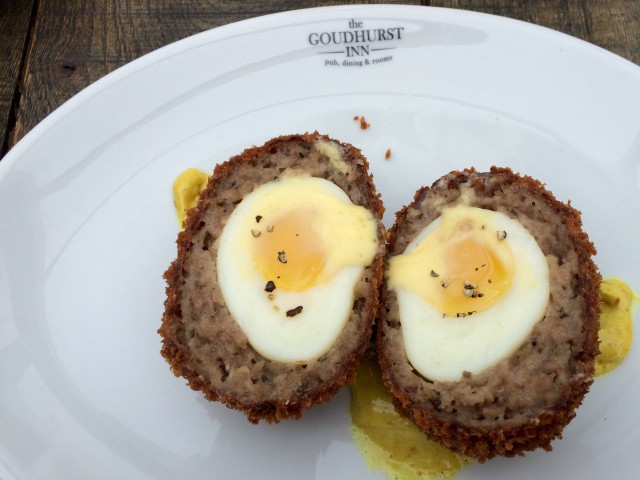 Keen to keep warm in the midst of the storm, Richard treated us to lunch at his recently opened gastropub, The Goudhurst Inn, close to the Hush Heath estate, where we indulged in a divine Scotch egg with curried mayo and whole plaice with capers and brown butter before heading back to the Big Smoke.