On this day 1693…invention of Champagne?

This day in 1693 is sometimes pinpointed as the day Dom Pérignon “invented” Champagne, although the Petit Journal cover below claims the 200th anniversary was 14 June 1914 – which meant Dom Pérignon “discovered” the secret of sparkling wine in 1714, a mere year before his death in 1715. 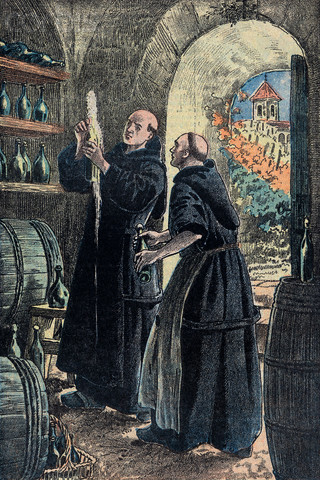 The very idea one can put a finger on an exact date for the creation of something like Champagne is of course absurd but very much in keeping with the stories that have sprung up around the famous monk.

Of all the founding myths in the wine trade, that of Dom Pérignon the man is perhaps the most elaborate and misunderstood. Let’s just reiterate the few basic truths that are known about the famous Benedictine cellar master of Hautvilliers.

He wasn’t blind, he never exclaimed he was “drinking stars” – this was used as an advertising tagline in the 19th century – and he didn’t “invent” sparkling Champagne.

No one man is responsible for the development of sparkling wine in Champagne which, anyway, didn’t become a dominant style in the region until the 18th century.

This was because, though a profitable business, sparkling wine production was inherently risky with whole cellars being lost as weak glass exploded under the pressure of carbon dioxide produced during secondary fermentation – a process completely unknown then and also one that was uncontrolled and haphazard.

If bottle variation continues to be a problem to this day it’s likely it has nothing on Champagne in its early days with many bottles probably completely flat or with the barest of spritz at least.

The real development of the Champagne we know and love begins properly in the 16th century and revolves around the rivalry with the wines of Burgundy, as noblemen of the French court favouring one or the other (often in line with ancestral holdings and business interests) tried to promote their consumption at the Louvre and Versailles.

It was to a particularly rakish and gastronomically-inclined group of such noblemen in this period that the current Ordre des Coteaux de Champagne and other “Bacchic” orders like to trace their (unofficial) origins.

Dom Pérignon should, if anything, instead be remembered for his stress on viticultural rigour and 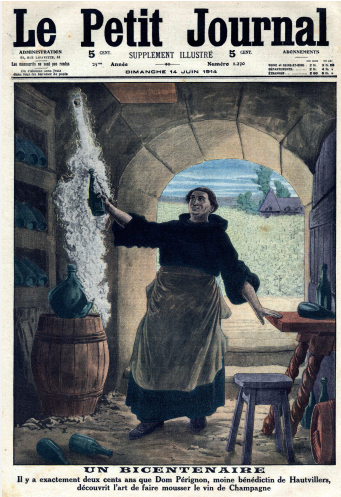 winemaking excellence – which he worked on with another famous “Dom”, Thierry Ruinart.

A treatise on winemaking rules and techniques published by the abbey’s Canon Godinot in 1718, just three years after Dom Pérignon’s death, was attributed to his own techniques and discoveries.

He advocated aggressive pruning to reduce crop levels – a rare move in a time when more was better – harvesting in cool temperatures and striving not to bruise or break the fruit once harvested.

Grapes were to be sorted and the most obviously rotten or damaged discarded and he is also said to have advocated multiple pressings rather than treading the crop under foot.

Although other experiments with thicker glass and cork he may have carried out in a bid to eliminate bubbles or at least breakages would, in fact, help Champagne develop into a sparkling wine producing region, Dom Pérignon’s chief claim to fame may actually be his part in a new, more sophisticated and indeed scientific wave of winemaking that was appearing in Europe in the late 17th and early 18th centuries, the sort of winemaking that would be recognisable to vignerons the world over today.