Gin made with asparagus launched

Notting Hill-based gin brand Portobello Road has made a limited edition bottling distilled with asparagus from Cambridge, which is likely to divide opinion. 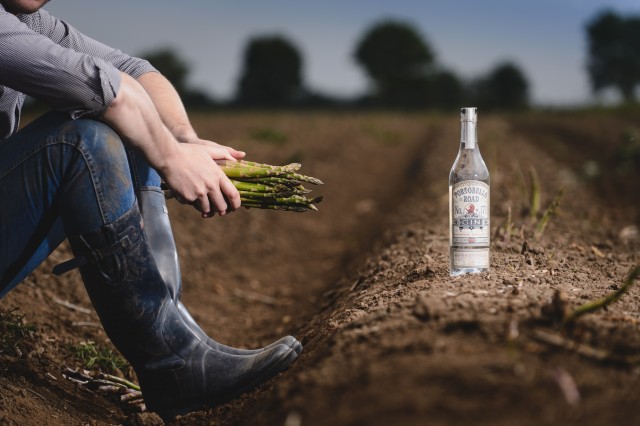 Dubbed “Directors’ Cut”, the asparagus that went into the quirky London dry gin was hand picked by Paul Lane, one of the directors of Portobello Road, in June.

Working with producer Will Aveling, Lane harvested 10kg of asparagus, singling out the thinnest spears due to their high concentration of flavour.

On sale in October at £39 a bottle, the gin was distilled by master blender Jake Burger in a still called “Copernicus the Second”, with gentian root, cassia bark, nutmeg, lemon and orange peel featuring among the other botanicals.

According to Burger, the curious concoction has “an unusual hint” of asparagus on the nose and its “distinct and sweet flavour through the palate”.

Just 1,000 bottles of the 47% abv gin were hand-labelled at the “Ginstitute” on Portobello Road above the brand’s bar, the Portobello Star.

Lane was inspired to create the gin due to his love of all things British. “We’ve been experimenting with unusual botanicals for years and have dreamt of hand-picking our own botanicals and using them to bring a special edition gin to the market,” Lane said.

“We’ve played around with British asparagus for a couple of years, but this is the first time we’ve worked with a producer to select the produce and create a gin for sale. This is not a gin for everybody but those who like it love it,” he added.