Scottish brewer Innis & Gunn is tapping into one of the hottest drinks trends right now with the launch of a Bourbon-infused beer. 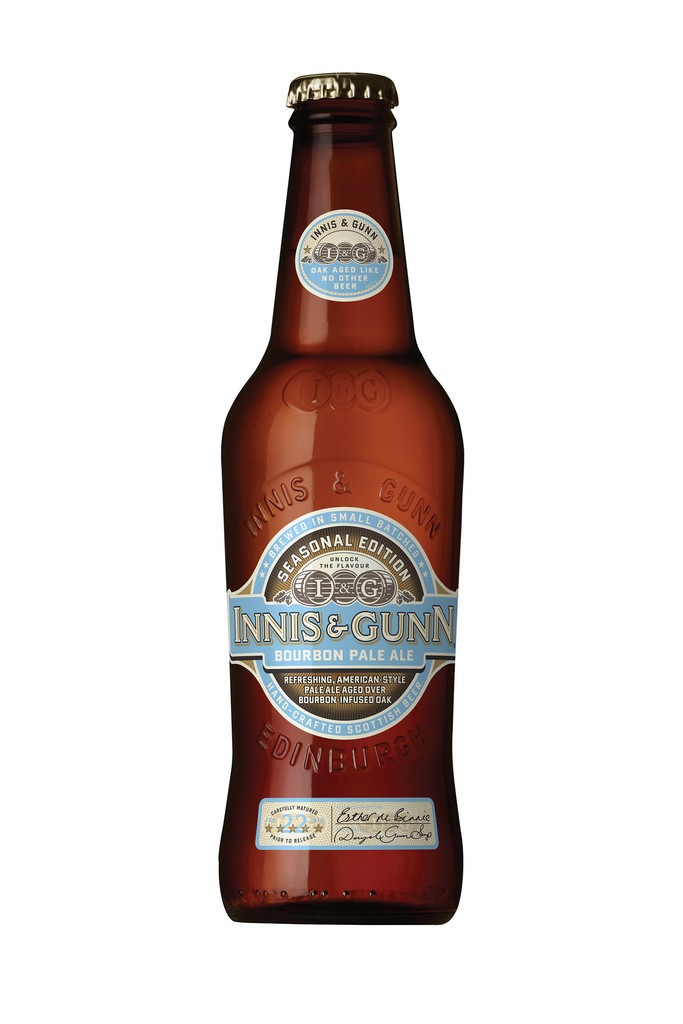 Created as a summertime complement to the company’s Bourbon cask dark ale, Innis & Gunn Bourbon Pale Ale keeps up its US-inspired theme through the use of Cascade and Amarillo hops. Once brewed, the beer is matured in an “Oakerator”, which percolates the beer through Bourbon cask oak chips.

“As far as beers go it’s as American as they come – minus the cheerleaders and high-fives (sadly),” said Dougal Sharp, founder of Innis & Gunn. “It’s been a labour of love to nail the true depth of Bourbon flavour but by using American Heartwood oak in our ageing process we’re pretty confident this beer is a true American beauty.”

With an abv of 6% and recommended as a match for spicy Thai curry dishes, Innis & Gunn Bourbon Pale Ale is available from Tesco or via the brand’s website, where it is priced at £30 for 12x330ml bottles.

The rise of American whiskey has been cited as one reason for the shrinking sales of some major Scotch brands such as Johnnie Walker in the US over the last year, as well as leading commentators to predict that whisky sales are set to overtake vodka in this market.

Meanwhile there are signs that the Bourbon trend is spreading across the Atlantic, with data from the US Distilled Spirits Council showing that volume exports of bottled Bourbon to the UK during the first six months of 2015 rose by 43.5% compared to the same period a year ago to hit 1.1 million gallons.

Innis & Gunn has also been enjoying growth in recent times, announcing last week that it had reached a £3m investment target which will enable the company to build a new brewery.