A British brewery has released a beer to commemorate the atomic bombings of Hiroshima and Nagasaki and promote “nuclear peace”. 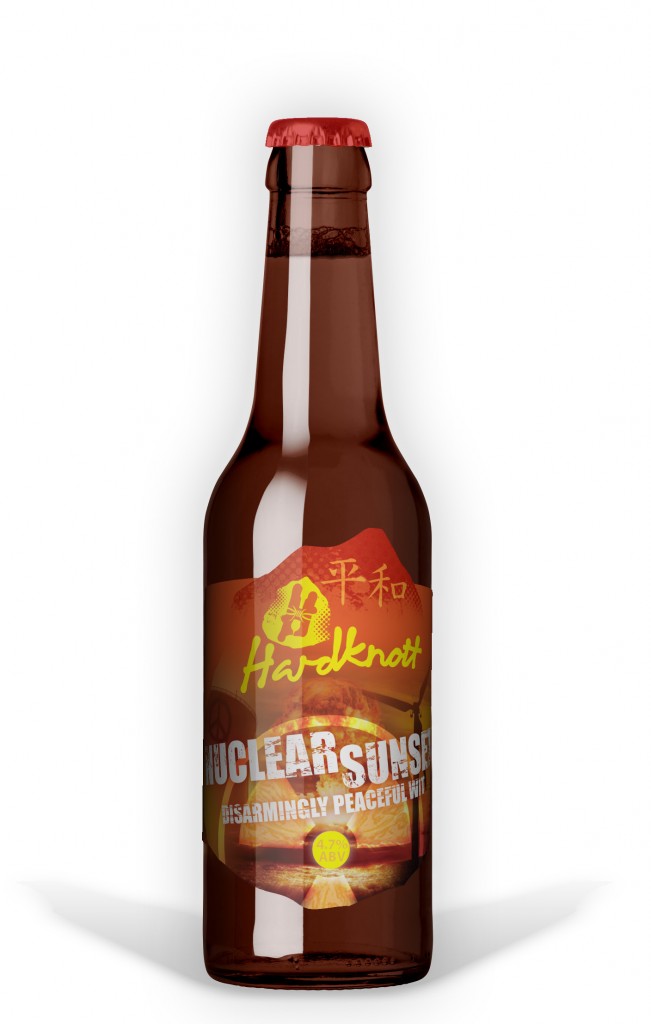 Released by Cumbrian brewery, Hardknott, “Nuclear Sunset” has been launched in the run-up to the 70th anniversary of the dropping of the atom bombs “Little Boy” and “Fat Man” on the two Japanese cities on 6 and 9 August 1945. Nearly 130,000 people died as a result and many thousands more were left horribly injured and sick from radiation.

The brewery’s founder, David Bailey, used to be an engineer at the Sellafield nuclear reactor plant and he said that while supportive of nuclear power, nuclear weapons and their destructive potential “distressed” him.

He said: “The devastation that these weapons can unleash is incredible.”

“But I’m in a quandary over this for two reasons. Partly because the local economy depends on the nuclear submarine construction at Barrow and also because with so much global conflict, how do we peacefully ensure stability?”

“I’m not a daft hippy lunatic. For a start, I don’t want to throw away everything we’ve learned about nuclear power, I think would be a shame. I’m more a concerned pragmatist.

“I’d love the world to be free from aggression and for us all to have plentiful and economic resources. But I do feel that with the passing of the 70th anniversary of what was probably the two most destructive single attacks on humanity we should carefully think about global conflict and global energy resources alike”

The beer is a 4.7% wheat  and has a number of influences, not least Japan itself and its craft brews.

‘Crisp and refreshing”, it has been brewed with orange peel and nutmeg to give it a spice and citrus “edge”. Speaking to the drinks business, Bailey said production would be limited for now but he hoped that if it proved successful it could join the regular line-up of beers in the Hardknott range.

The beer will be available in bottle and keg and a little in casks for local pubs that have asked for it.