US ‘still bleeding’ from recession

American consumers have curbed their spending on Chilean wine and are “still wounded and bleeding” from the recession according to winemaker Aurelio Montes. 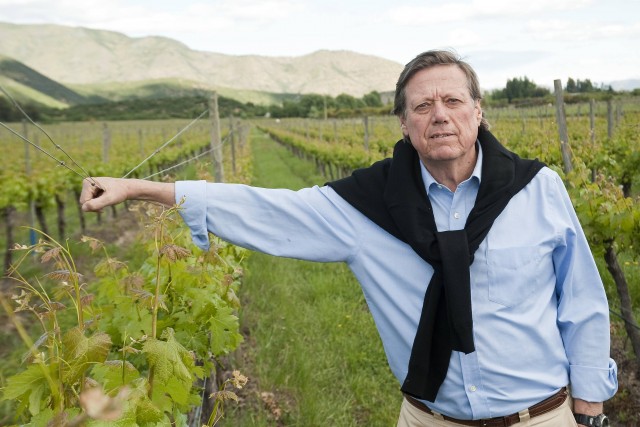 Speaking to the drinks business at Vinexpo last month, Montes revealed that while Americans may be the world’s biggest wine consumers, spending on Chilean wine has gone down.

“The US is wounded and still bleeding from the recession. They’re not spending very much on Chilean wine at the moment and are bargain hunting instead. I’m confident they’ll spend again though as it’s in their DNA.

“Asia is saving the day for us, everything is happening there. Japan is our number one market and South Korea our number two.”

Montes put the cooling of interest in Chilean wine in the US down to three strong harvests in California, which has spurred a trend for buying and drinking local.

He also singled out Spain as the country giving Chile the most competition in America.

On the subject of alcohol levels, while Montes said the while there was a general movement towards fresher wines in Chile, lowering the abv of his wines isn’t a top priority.

“People are obsessed with alcohol levels but wine is so much more than that – you have to think about acidity, sugar levels and tannins.

“I’m not going to allow my wines to have harsh, bitter tannins and an unpleasant green character just so I can write 12% abv on the label.

“Consumers are used to a certain style so you have to do things gently. I’d rather pay the price of having a 14% abv wine that’s ripe and easy to drink,” he said.

Always keen to push the boundaries, Montes has been experimenting with dry farming in the Colchagua Valley with encouraging results.

“In the first year the vines didn’t die but they were on their knees begging for water so they started digging deeper into the soil.

“The yields for the Alpha range are down by 50% but colour and phenolics are considerably up. I want to over-deliver on quality without pushing prices up,” he told db.

The recently released 2012 vintage of the Montes Alpha range, including a Cabernet Sauvignon, Syrah and Carmenere, is 100% dry farmed.

Another new project is a “Spring Harvest” Sauvignon Blanc from the Leyda Valley that adopts the Beaujolais Nouveau model of early release.

The 2015 vintage was picked in the middle of February and went on sale in April. His latest experiment is a Riesling for his Outer Limits range from the Leyda Valley.

Working alongside Mosel-based winemaker Gernot Kollmann, Montes has made 21 different experimental Rieslings of which he’s likely to release just two.