Following our round up of Italian master winemakers, we take a look at the country’s next generation of vintners currently making a name for themselves. 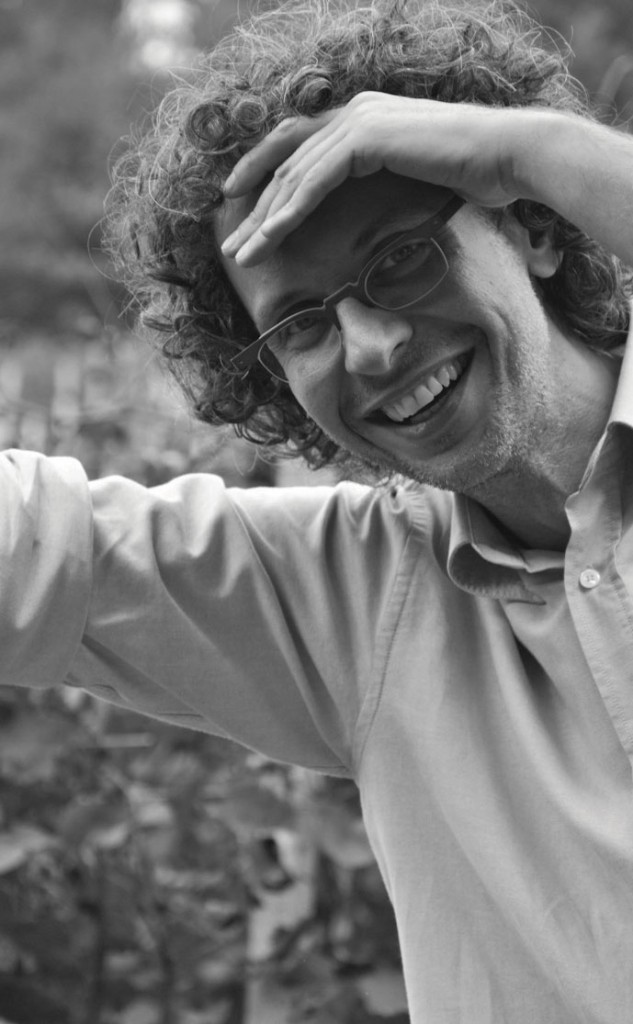 The Cappellano estate in Piedmont’s Serralunga d’Alba dates back to 1870, and the name has long been famous in Italy for a Barolo Chinato based on an old family recipe of herbs and spices. By the time Augusto Cappellano took over as a young, fifth generation winemaker six years ago, the estate had shrunk to under 4ha, but what it lost in size it has gained in stature thanks to his father. Teobaldo Cappellano was one of the great traditionalists like Bartolo Mascerello and Beipi Rinaldi who formed a buffer against the modernists with their manipulative winemaking and French barriques.

The tradition continues. The vineyards are all certified organic and the wines undergo a slow, gentle maceration and fermentation using only indigenous yeasts. They are then given a long ageing in botte grandi before they are bottled unfiltered. A year after all the hype around the 2010 Barolos, Cappellano is releasing his vintage only now. Despite refusing to pander to the critics and submit to scores, the wines are beginning
to attract a small cult following. 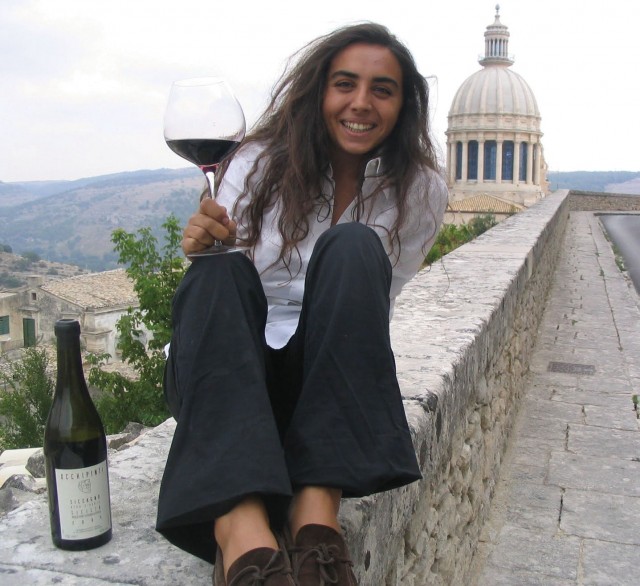 The south-east corner of Sicily is famed for its olive oil from around Ragusa and having the island’s only DOCG wine; Cerasuolo di Vittoria. One of the bright new stars of the region, if not Sicily, is Arianna Occhipinti, who made her first vintage aged just 21 in 2004. She was introduced to wine by her uncle, Giusto Occhipinti, co-owner of the neighbouring COS winery, and studied oenology in Milan where she kicked against the technical, lab-based approach.

She is a natural winemaker by instinct, working hard in her Fossa di Lupo farm planted with 10ha of Frappato and Nero d’Avola to produce tip-top grapes and then allowing nature to finish the job with the minimum of intervention.

A range of blends and mono-varietal wines are produced, but the aim is always to extract the purest expression of the land in this little corner of Sicily. In a tiny way each bottle helps to chip away at the ripe, sun-drenched image of Sicilian wine. 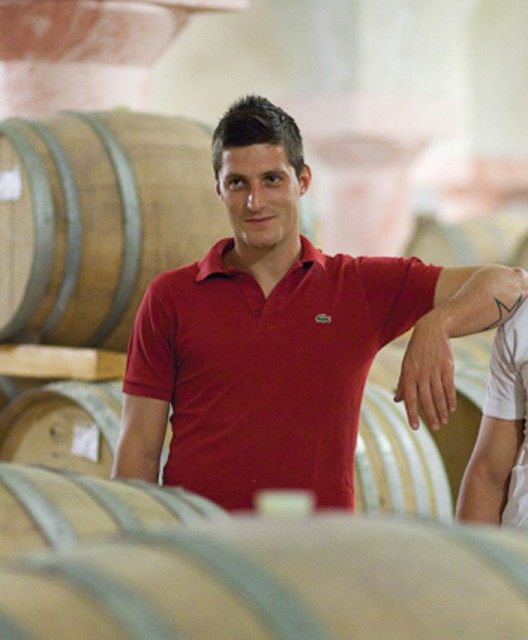 As much as the big wineries like Bertani, Allegrini and Masi, the reputation of Amarone relies on artisan producers like Tommaso Bussola, who teamed up with his uncle, a grower in the heart of the region, in 1977. Completely self-taught, Tommaso Bussola was soon being endorsed by Giuseppe Quintarelli, one of the great names in Valpolicella, after producing his first solo vintage in 1983.

“That was when he really began to strive for quality and, step-by-step, improve the estate,” says his son Paolo. “Today we have around 14ha, all in the province of Negrar. I began working here in 2005, and to be honest it was just a job at first, but I’ve now got really passionate about wine and want to raise our quality even higher.”

Like others, Paolo Bussola does have concerns about the level of speculation around Amarone and some of the entry- level prices out there. “For me, seeing it at €6 or €7 is unthinkable. It wouldn’t even cover the cost of picking the grapes.” Yet, for all that, he remains confident that Amarone can maintain its status as one of Italy’s greatest wines. 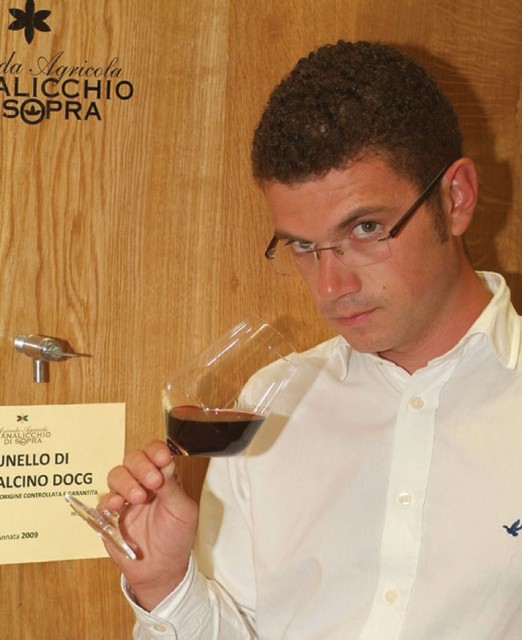 By the standards of Brunello, Canalicchio di Sopra is a medium-sized estate of 16ha with a production of around 75,000 bottles a year. Today it is run by the young, talented Francesco Ripaccioli, whose grandfather broke away from the local co-operative to produce wine on his own in 1966. A year later he was one of the 12 founder members of the Brunello di Montalcino Consorzio.

The estate lies in the northern half of the DOCG with 10ha on the clay soils of Canalicchio and six on the rocky, galestro (schist) soil of nearby Gode de Montosoli – a historic name, as Ripaccioli explains: “They say Montosoli was the birthplace of Brunello, because it was where Biondi- Santi had its ancient vineyard and first made the wine in 1885.”

Like everyone, Ripaccioli is still excited about his 2010 wines. “It’s the year Brunello made a jump not just in price, but in reputation as well.” Though demand faded after past great vintages, he believes this time interest will be sustained. 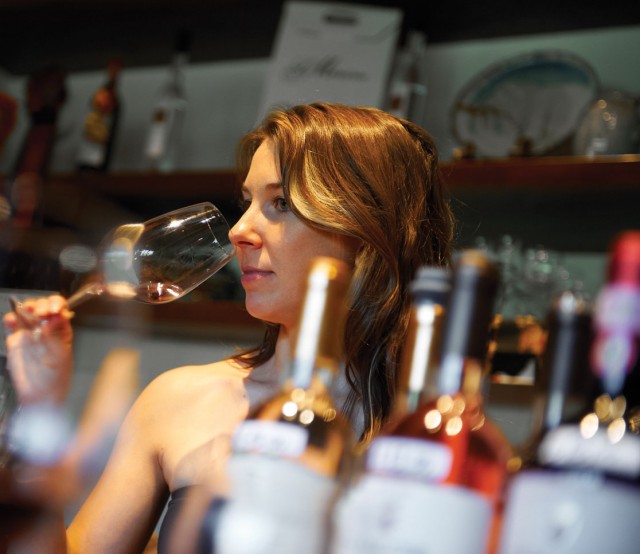 It was during a family holiday to Italy in 2000 that Paula Cook fell under Tuscany’s spell. She was just 16 years old, but felt a strong connection to the place where her grandparents came from. Back home in Quebec she switched from science to studying agriculture, and progressed to a postgraduate winemaking course in the Loire. Before long she had become the proud owner of a 300-year-old property between Radda in Chianti and Gaiole, with 7ha of vines that had just been replanted.

“Apart from a bit of Merlot, it was all local grapes – Malvasia Nera, Colorino and Sangiovese, which I love for its rustic, rough side and the fact it’s not totally polished,” she says, adding: “Coming in as an outsider has actually been very positive.” Last year her Chianti Classico Riserva 2010 won a Tre Bicchieri award from Gambero Rosso, which puts her among an elite band from Chianti including Fontodi and Castello di Volpaia. This year she has kept aside a small tank from the 2014 vintage from he best vineyards to submit as a potential Chianti Classico Gran Selezione.