Top 10 wine museums of the world

If you would rather be soaking up the culture and sipping wine than languishing on a sun lounger this summer make a plan to visit one of these wine museums, which range from the state-of-the-art to the brilliantly quaint.

With two major wine museums due to open in 2016 in California and France, we take a look at some of the museums which have been proudly preserving its country’s wine heritage for years, sometimes centuries.

Located in underground caves, centuries-old buildings and medieval castles, some of the buildings in which the following collections of wine memorabilia are stored are attractions in their own right.

Scroll through to discover some of the world’s biggest, smallest and most obscure wine museums in the world… 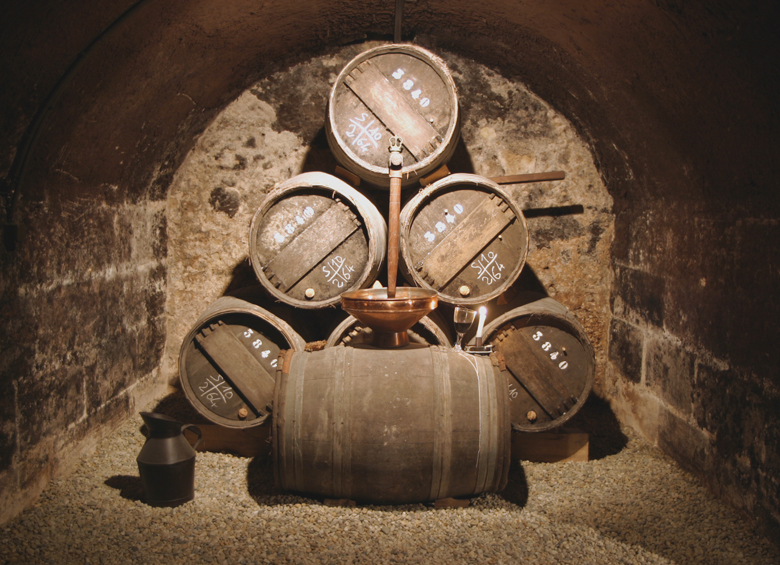 The Bordeaux Wine and Trade Museum is housed in a historic building that was built in 1720 for the Irish merchant Francis Burke to store and trade wines from.

It opened to the public in June 2008 with the help of the Bordeaux Historia Vini. It comprises three semi-underground cellars and houses a vast collection of unique historical objects and documents detailing Bordeaux’s wine trade which dates back to the Middle Ages.

Admission is €10 for adults with the museum open all year, Monday to Sunday, from 10am to 6pm. 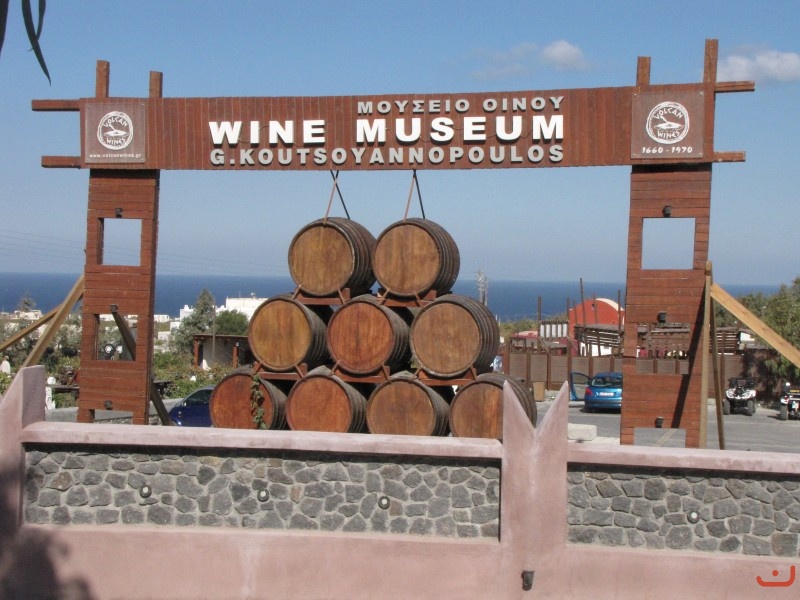 A labour of love by the family, visitors are taken on a tour of wine and the life of vine growers in Santorini since the 1600s with the help of an audio guide, available in 14 languages, while perusing the museum’s collection of wine-related artefacts.

“The rare exhibits, including winemaking machinery and tools, will take the visitors back in time to another era”, promise the Koutsoyannopoulos family.

At the end of the tour, visitors are invited to taste four wines produced by the Koutsoyannopoulos Winery in its tasting room.

Admission is €8 with the museum open Monday through Saturday.

Set to open in 2016, California’s Wineseum will boast nine galleries over a 4,000 square foot area featuring “interactive and immersive exhibits” relating to the US wine industry.

Its mission is to “preserve and exhibit” California’s wine heritage, educate visitors about sustainable grape growing and to create “sensory experiences” to increase food and wine appreciation.

As well as being given the opportunity to taste through a selection of California wines via informal tasting sessions and tutored classes, the California Wine Museum will serve as a hub for the wine community hosting forums, lectures, classes, seminars and other events. The museum’s collection, assembled by Jim McCormick, a long-time collector, antique dealer and specialist in wine and viticultural antiquities, features over 1,000 historical artefacts.

An estimated 50,000 tourists and wine enthusiasts are expected to visit the museum, which is expected to open in Santa Rosa next year. 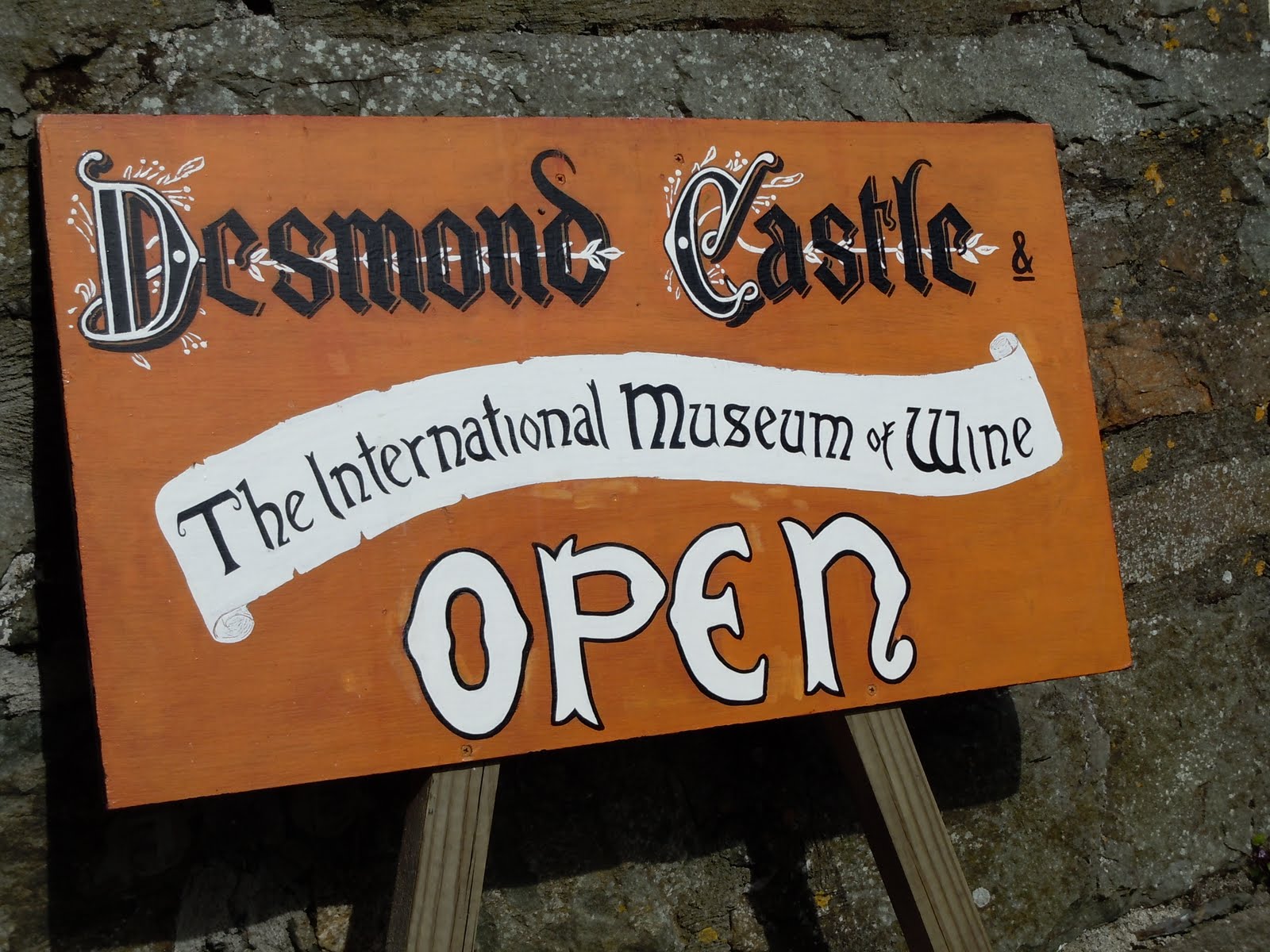 While its name implies a far grander affair, the The International Museum of Wine is in fact necessarily small, but houses a unique exhibition detailing Ireland’s wine history.

While intrepid wine lovers might find cause to stop off at this Cork outpost, additional appeal comes from the fact its  wine exhibitions is located inside Desmond Castle, an attraction in its own right.

The medieval castle was built by Maurice Bacach Fitzgerald, the 9th Earl of Desmond, in the 1500s. Originally built as a Custom House, it was occupied by the spanish in 1601 during the Battle of Kinsale and later held French and Spanish prisoners of war during the 17th and 18th centuries. It was declared a National Monument in 1938.

It is open daily from April to September with admission for adults charged at €4. 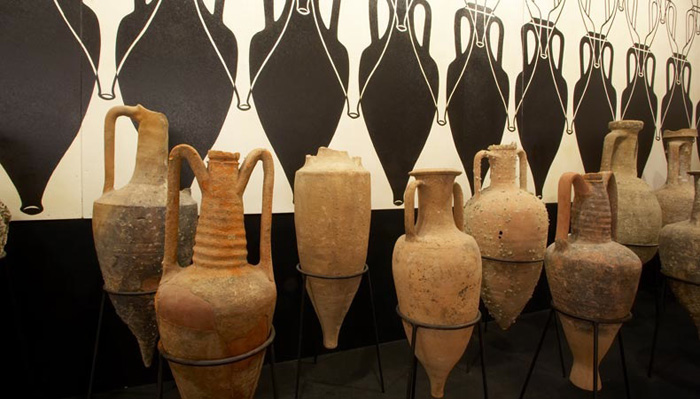 Designed and built by George and Maria Grazia Lungarotti, the Lungarotti Museum opened to the public in 1974 and satisfies a taste for art, culture and the history of wine in the Italian region of Umbria. Located in the seventeenth century Palazzo Graziani Baglioni, in the centre of the medieval village of Torgiano, the museum houses all manner of artefacts detailing the region’s rich viticultural history.

“It is the mysterious charm of the myth of Dionysus and the complex system of symbols and meanings that wine plays in the course of the centuries the narrative thread that guides visitors through the impressive collections of the Museum of Wine”, the museum promises.

Part of a complex, guests to the museum are also able to take part in tutored tastings, visit a working vineyard and enjoy its restaurant.

The museum is open year round with admission charged at €7 per adult.

If you ever find yourself in Macau – a small peninsula in mainland China across the Pearl River Delta from Hong Kong – its wine museum could be worth a visit.

This 1,400 square metre space is divided into three areas focusing on historical interest, a wine cellar and exhibitions using maps, texts and photos to bring this intriguing country’s wine history to life.

A Portuguese overseas territory until 1999, Macau culture is a mix of Portuguese and Chinese influences. As such, this museum houses around 1143 different wines, 1,115 Portuguese and 28 Chinese, with an 1815 Port wine being the oldest on display.

The museum presents examples of wine production in Portugal and the People’s Republic of China. A set of mannequins is perhaps one of its most memorable features, dressed in regional Portuguese costumes. 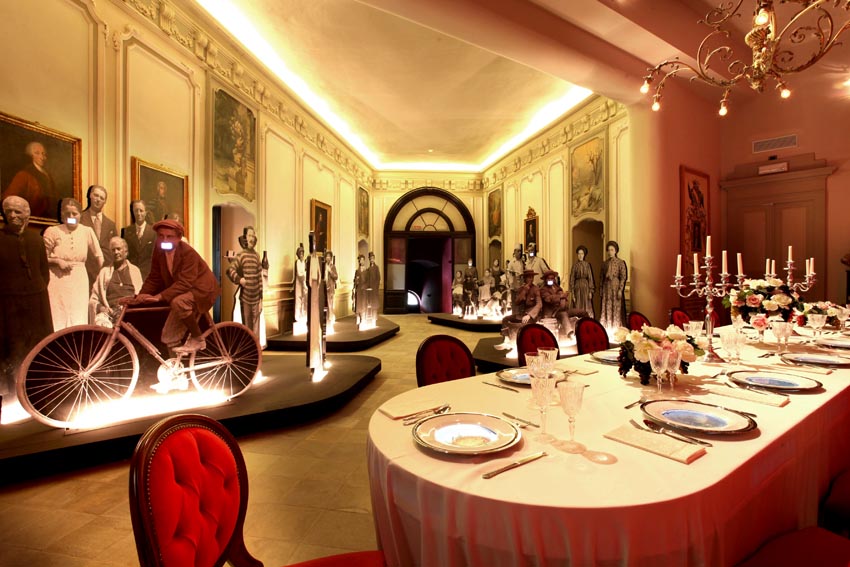 The Barolo Wine Museum opened to the public in September 2010 and proclaims to be Italy’s most “innovative wine museum”, as well as one of the world’s most important. It is set not only within a region famed for its wines, Barolo in Piedmont, but inside the walls of a castle with a history dating back more than 1,000 years.

Created by designer François Confino, the Barolo Wine Museum is described as an “interactive voyage through culture and wine traditions” showcasing how wine has influenced civilisation, artistic expression and shaped territories.

“I have visited several museums dedicated to wine in the world, but none of them told of wine’s extraordinary cultural dimensions”, said Confino of his museum. “It was fundamental that I create a creative and poetic museum course for visitors. Not a place where you learn how wine is made, but a place for talking about the relationship between ‘us’ and ‘it’.”

The museum takes guests on a tour that begins on the first floor and finishes semi-underground in the Falletti Castle.

The museum is open daily with adult admission €8 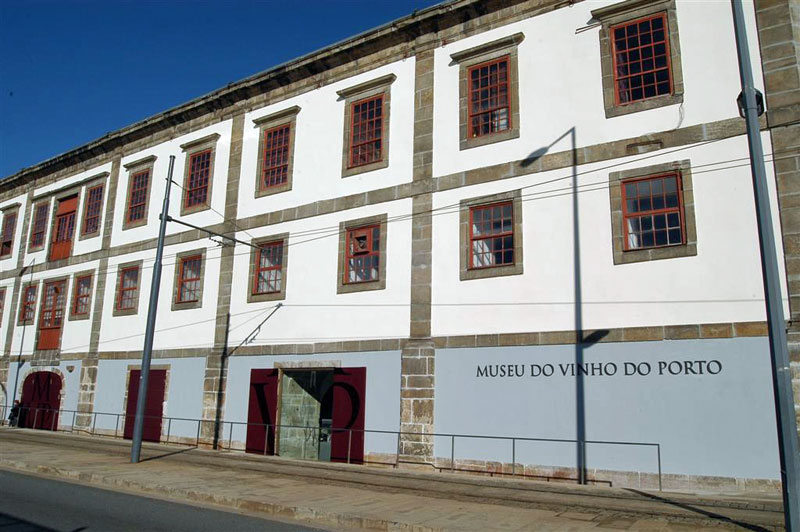 The Port Wine Museum is dedicated to detailing the Port wine industry and the impact its trade has had in developing the city of Porto. It is located in the Cais Novo warehouse – a building which dates back to the 17th century and which once stocked wines for the General Company of Agriculture of the Alto Douro Vineyards.

Now it pays homage to Portugal’s biggest export, Port, taking guests through an exploration of its history, heritage and development throughout Portugal and export markets. 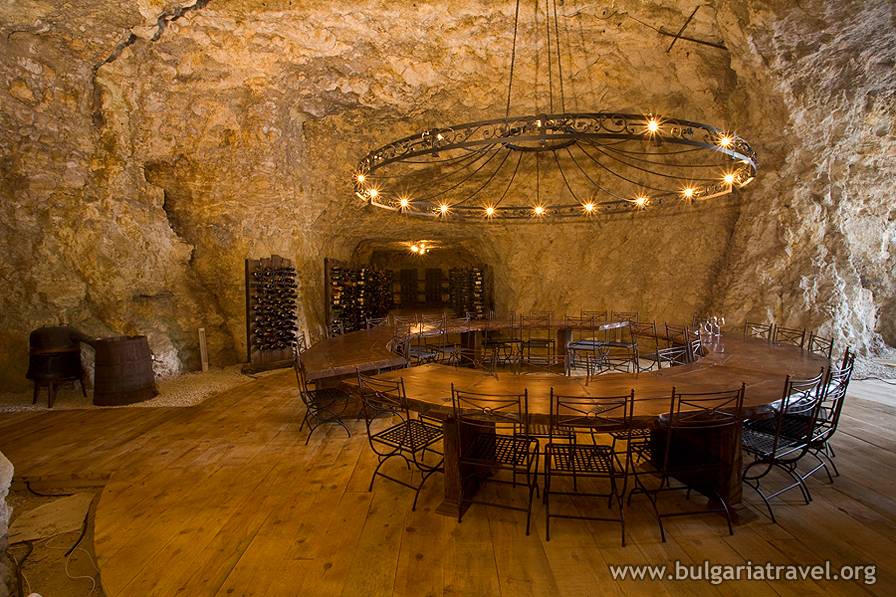 The only museum located on the Balkan peninsula, Bulgaria’s Pleven wine museum was founded in 2008 and is located in one of the caves of Kaylaka park.

Pleven is considered to be one of the main wine hubs in Bulgaria, home to the country’s first Vocational Viniculture School which was opened here in 1890.

One of the most impressive museums, the museum cave has been carved into a cross shape filled with various educational aids to learn about the history of this country’s wine industry, a tasting room and historical artefacts. The museum is also home to 6,000 bottles of wines from various regions, but is relatively young in age spanning from 30 to 90 years of age.

A short sommelier course is also officered to those keen to brush up on their tasting skills.

While this museum isn’t actually built yet, it is certain to become the most expensive, boasting state-of-the-art-design, of all the museums featured in our lineup.

The Cité des Civilisations du Vin in Bordeaux is currently under construction and is due to open in 2016. Late last year it was reported that its construction was €18 million over budget, with at least €8m of the deficit due to an underestimation of labour costs when plans were first drawn up several years ago as well as rising land costs. The overall project was approved for €63m in 2012 but a budget re-evaluation has seen that figure rise to €81.1m in total.

The complex will house a wine museum, gallery and cultural space when opened and is expected to eventually contribute €40m to the city’s economy and as well as creating 250 full-time jobs. 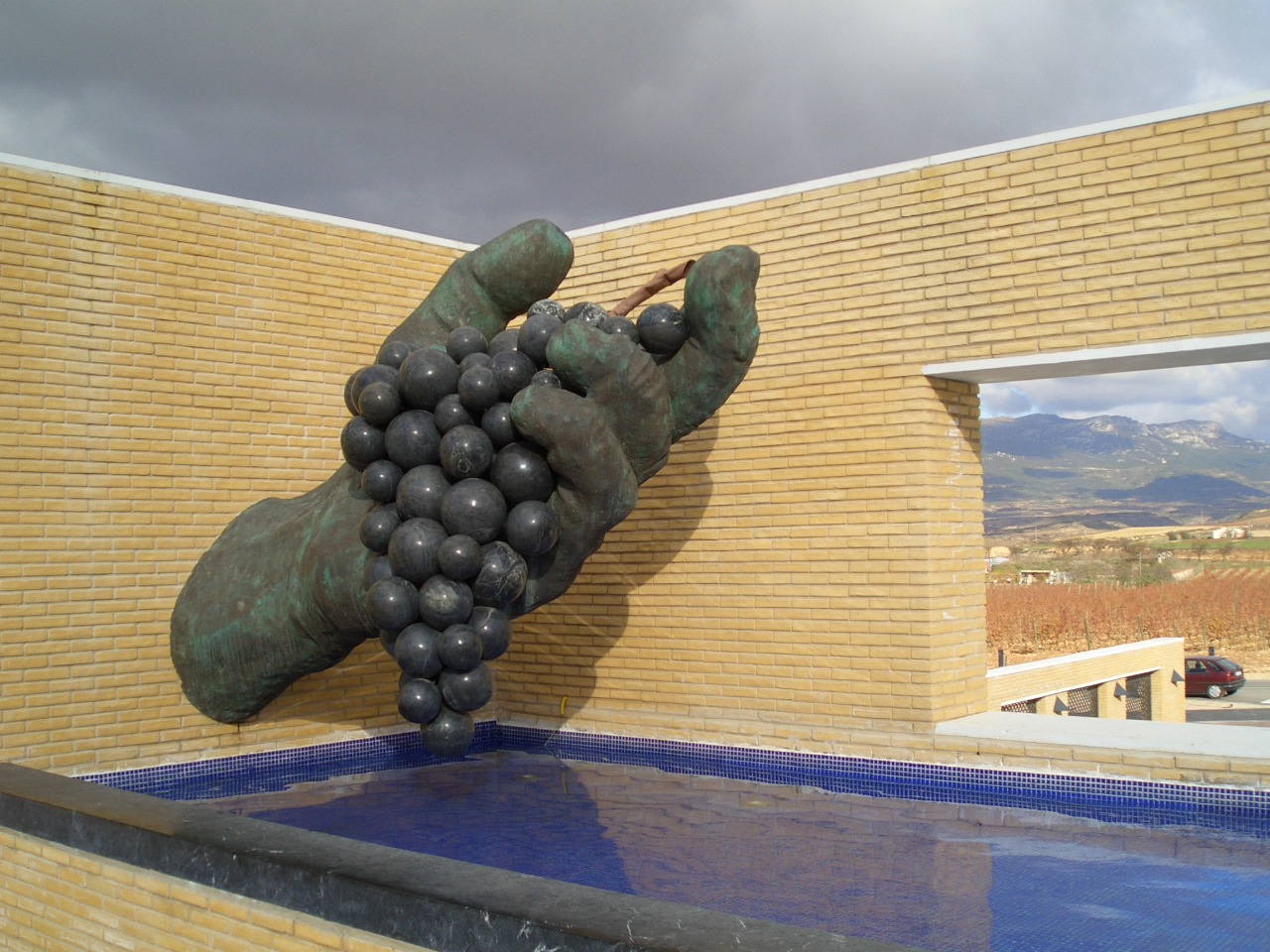 After several of readers pointed out their appreciated of the Vivanco Museum in Rioja, we felt it only right to add an 11th entry to our roundup. An attraction fully deserving of a spot in this list, the Vivanco Museum was opened in 2004 by H.R.M. King Juan Carlos I. It boasts 4,000 square metres of exhibition space across six rooms that house collections acquired by the Vivanco family over many years including centuries-old vessels, farming tools, great works of art alongside audiovisual aids to learn about the history and future of wine.

Outside, its Garden of Bacchus is home to a vineyard featuring more than 220 grape varieties from all over the world.