The 1995s show impressive returns two decades on but is there actually any left to buy? 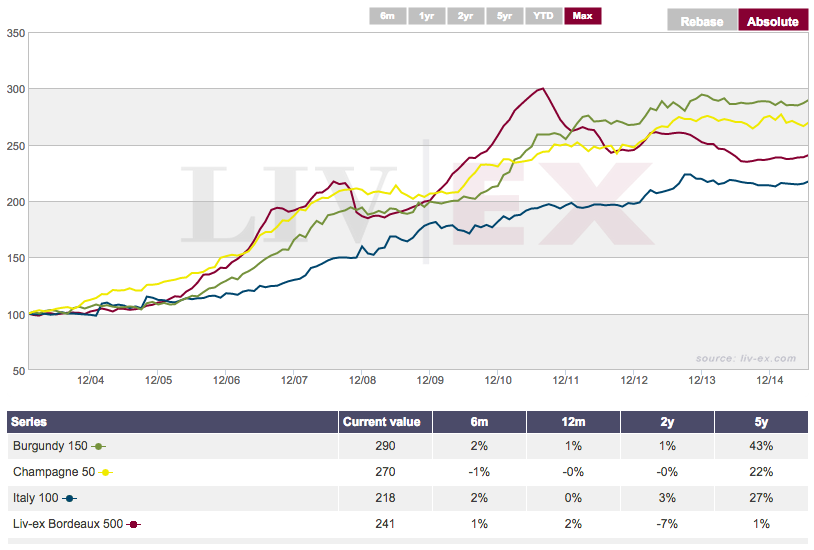 In the first of a Champagne double-header we examine two of the region’s great vintages in (relatively) recent times, the 1995s and 2002s; with the former looking at how grand cuvée Champagnes can appreciate and in the latter examining why and their place in the wider fine wine market.

To keep the discussion focused, the wines considered will be the 12 that make up the Liv-ex Champagne 50 Index (*see below).

By way of a quick scene-setter, the Champagne 50 is currently one of the best-performing sub-indices on the Liv-ex 1000.

If one goes back to 2005, the Champagne 50 was the best performing sub-index, far out-stripping Bordeaux, Burgundy, Italy, the Rhône and the Rest of the World. By 2006 that was beginning to change however and then Bordeaux and Burgundy in particular really took off and left Champagne behind, yet its progression continued steadily upwards. Whereas Bordeaux peaked and then tanked, Champagne’s fortunes never really faltered.

Today it is the third best performing sub0index on the Fine Wine 1000, behind the Burgundy 150 and Bordeaux Legends 50 respectively.

Its performance in the last six months has been more muted, down 1%, but over the last five years it is up 22% – as opposed to the 1% managed by the Bordeaux 500. 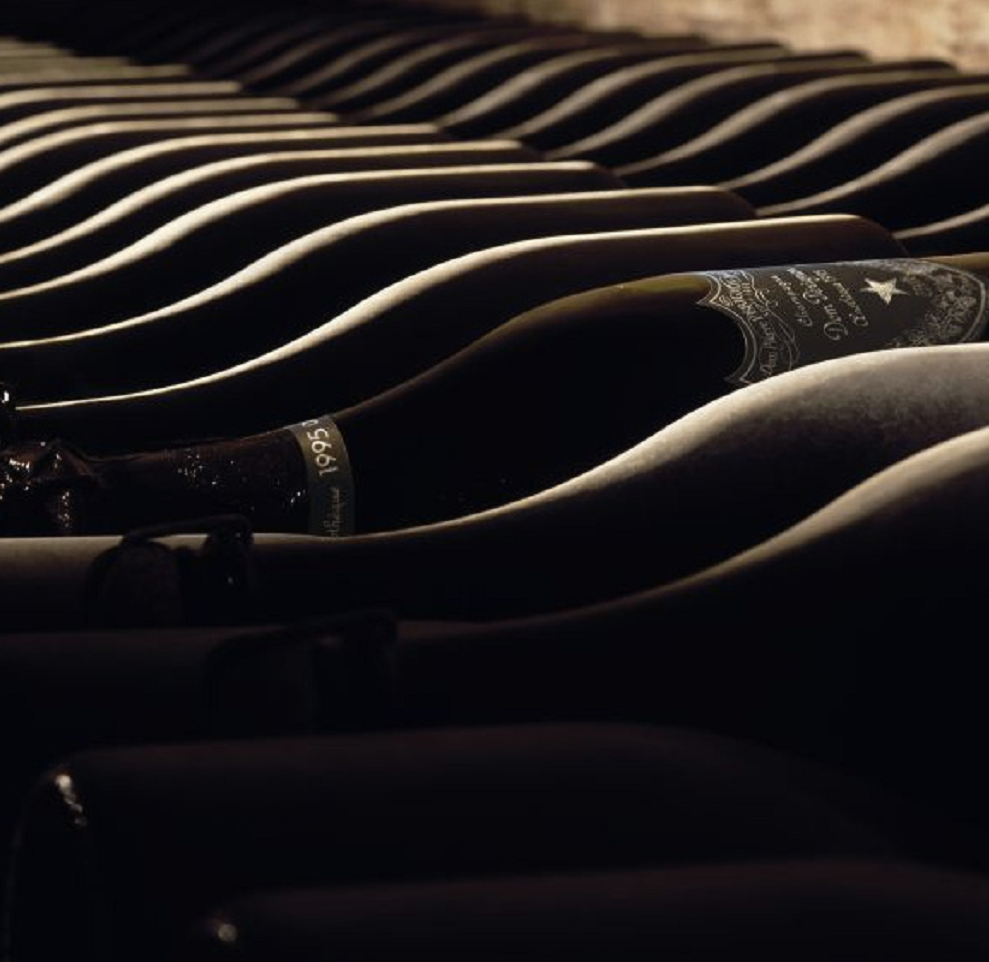 The 1995 vintage in Champagne was a welcome relief after four difficult years in the region and was the first universally declared vintage since 1990.

Nonetheless, it wasn’t quite perfect and was quickly overshadowed by the rather superb 1996s.

‘The 1995s are fairly complete,” Corney & Barrow’s fine wine director Will Hargrove, told the drinks business. “They’re not as racy as the 1996s nor as opulent as the 1997s, more the ‘rounded’ choice of the three.

“They’re just very balanced, and maybe don’t get the hype because people were already talking about the 1996s [so soon afterwards].”

He added they are probably not going to make “mega old bones” and that most would be approaching a peak now although, “some stuff in magnums may be worth hanging on to.”

However, unless one happens to have been lucky enough to buy a good quantity when the wines were released between 2001-2007, it’s unlikely there’s much left to be snapped up.

Actual stock levels would be impossible to calculate. Many of the houses produce very large quantities – far more than they’d admit to – so it’s highly likely there exists a reasonable amount left in the world but largely in private hands – or rather their cellars. Georgina Crawley, associate director of business development at Goedhuis, told db that there may be some 1995 Krug on the list at most. She said it was possible to find cases but “not enough of it to write specific orders.”

Meanwhile, Camilla Bowler, head of buying at Fine & Rare, agrees there is “not a lot of stock available,” while Liv-ex director Anthony Maxwell, reports, “We haven’t traded any for years.”

This serves to make the graphs on Liv-ex look extremely volatile, with vintage charts often looking like particularly erratic mountain ranges drawn by an over-enthusiastic eight-year-old.

Don’t be too fooled however, despite the jagged peaks and troughs nearly all of the 1995s on the Champagne 50 (except Dom Ruinart) have appreciated well, sometimes extremely so, one can see the results below (all cases of 12):

The Krug and Dom Pérignon Rosé results stand out as anomalies in an otherwise strong showing but note that both were among the most expensive wines when released (in March 2006 and January 2004 respectively). Wines that start out as expensive on release tend not to be among the best performers when their progress is evaluated. Both are now more or less the same price as their fellow grand cuvées – Krug is exactly the same as the Comtes brut which was nearly £400 cheaper on release.

DP’s blanc brut too was over £1,000 cheaper than its rosé and has made up a lot of ground in the past 20 years – though still not enough to match its sister wine’s starting price.

It is often noted that top Champagne is released ready to drink and this helps drive its prices up as supply begins to diminish straightaway.

Yet perhaps the ‘95s – somewhat undervalued and overlooked- also just missed the boat when it came to the widening of the market away from Bordeaux into other regions.

If they hadn’t the returns would no doubt be even more impressive and perhaps for the 2002s it is this future which beckons?