Balbo: ‘We need to get our country running again’

One of Argentina’s top producers is standing as a candidate in the country’s national election with a pledge to tackle the “lies” that have cast its wine industry into “huge crisis”. 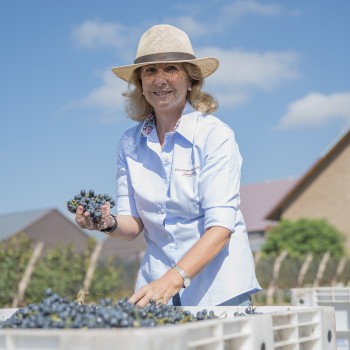 Susana Balbo, who founded Dominio del Plata winery in 1999 and has held the post of President of Wines of Argentina three times, is hoping to represent the centre-right party Propuesta Republicana (PRO) as member of parliament for the Mendoza region.

Named Woman of the Year at The Drinks Business Awards 2015, Balbo already has a track record of speaking out against the corruption and social inequality that she maintains hamper her country.

Now, with support from her colleagues and encouragement from PRO’s leader Mauricio Macri, she told the drinks business of her decision “to move from the side where people are always complaining to make things change.”

At the heart of Balbo’s manifesto is a desire to tackle obstacles facing the country’s wine industry, which, she claimed, endanger livelihoods and prevent Argentina from competing effectively with other wine producing nations.

“There are so many opportunities in Argentina that haven’t evolved in the last 20 years; it’s a huge challenge,” she remarked, outlining an ambition to “improve the level of decision making about our regional economy, to get support from the national government to help us promote our wine industry, and to have better international agreements.”

In terms of the wine industry’s economic value, Balbo noted that the sector accounts for 11% of Mendoza’s gross domestic product. Even more importantly, she observed, is the direct employment it provides for 100,000 people, with another 200,000 indirect beneficiaries. “So for Mendoza’s 1.5 million population, it’s very important – 25% of our employment,” she commented.

If elected, Balbo promised, “For me the most important priority is to fight against inflation and to rebuild the statistics system. They are lying to people by saying that inflation is 10% when it’s 27% or even 30%. Because they lie about the statistics, the producers take the wrong decisions.”

A particular problem in the last three years, she claimed, has been official data predicting a shortfall of grapes, which has encouraged growers to produce their own wine, thereby securing a higher price than if they simply sold off the fruit. However, according to Balbo, as the reality of oversupply became clear, the growers were forced to sell off their wine cheaply, a loss exacerbated by worse than anticipated inflation.

“There is a huge crisis,” she stressed. “Inflation is taking all our profit, the grape prices are low and the wineries are full of wine.”

In order to tackle this problem, Balbo outlined: “My intention is to work closely with the national government to help producers make good quality wine and decide their focus: wine, concentrate or raisins and fresh grapes. In that way we can help them become more efficient and make a profit. They cannot be efficient if they don’t have focus.”

In addition to this core objective, Balbo highlighted the need to encourage a more sustainable approach to water management, “a very limited resource”, and to work with the international affairs commission to establish Free Trade Agreements for Argentina. “Our neighbour Chile has 120 Free Trade Agreements and we have none,” she remarked.

On the social front, Balbo pointed to a need for better education in rural areas and described the government’s healthcare provision as “very bad”. As a result, her own company currently employs a doctor two days a week to look after her employees and their families. “We need to get our country running again,” she told db.

Drawing a contrast between her own background and that of career politicians, Balbo remarked: “I built my company from scratch and I know what it is to be unpaid for many months and to suffer crisis. I was employed when we had hyper-inflation and your salary buys less and less. I am coming from the real world to bring parliament a real world vision.”

She described the election as “a crucial moment for Argentina,” which has been led by the Kirchner family and the Justicialist Party since 2003. “Today we need to decide whether we want to be like Venezuela or to be back in the world again,” concluded Balbo. “It is a turning point for our country.”

If elected, first at the primary round of voting on 9 August and then the general election on 25 August, Balbo will balance parliament’s three-day week with her existing commitments at Dominio del Plata, where day to day operations are managed by CEO Edgardo del Popolo and her children.