Rock band Queen have launched a lager to celebrate 40 years since the release of their seminal hit, Bohemian Rhapsody. 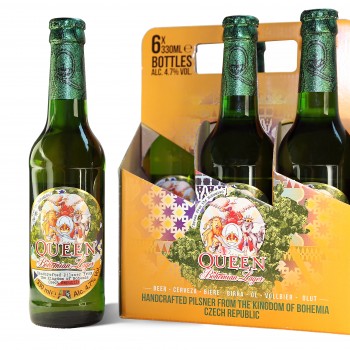 Hot on the heels of the band’s official vodka Killer Queen, which was released earlier this year, comes Queen’s Bohemian Lager – a 4.7% pilsner.

The western half of the Czech Republic was once part of the of Kingdom known as Bohemia as far back as the Middle Ages, making it the ideal setting to brew this beer. It contains only three ingredients; water, Czech barley malt and Noble Saaz hops and is described as a “golden, hoppy lager” with an IBU of 33 and an abv of 4.7%.

The bottle’s design features a crest designed by Freddie Mercury himself while he was a student at Ealing Art College in London.

It will be released initially in UK and Europe this summer with a worldwide release to follow.