A sommelier has spoken out on the potential of pairing cannabis with wine, as the drug continues to become more mainstream. 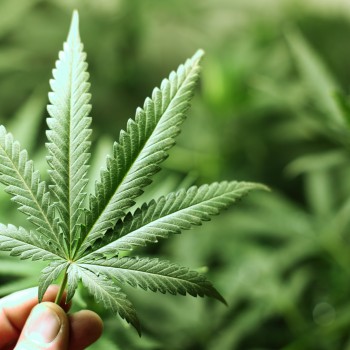 Speaking to specialist cannabis website The Cannabist, Ben Parsons, owner of the Denver-based urban winery Infinite Monkey Theorem, confirmed he was in talks with figures in the industry to host a series of cannabis and wine pairing dinners.

“The potential for developing THC-infused wines and a whole other recreational experience is certainly of interest to me as a winemaker”, he told The Cannabist. “It’s inevitable that certain strains, growers and cannabis brands will gain notoriety in the same way that varietals and winemakers have done over the years.”

It comes following predictions of a cannabis cocktail trend in the US, as a growing number of states seek to legalise and decriminalise the Class C drug. While last year American singer Melissa Etheridge launched of a range of wines laced with cannabis aimed at people suffering from cancer.

According to The Cannabist, there are 1,356 strains of the drug which are driving a “new subculture of cannabis connoisseurs” that it says could “one day resemble the long-accepted world of wine.”

While wine and food pairings are commonly used by the trade to to promote and educate the public on certain wines, cannabis and wine pairings will no doubt have a smaller target audience. But despite its apparent niche appeal, the world of cannabis, it seems, is slowly making its way into the mainstream with The Denver Post in Colorado, where marijuana has been legal since January, now home to an official pot critic.

Jake Browne, whose job it is to write tasting notes on different strains of cannabis, has previously spoken of the potential of popularising wine and weed pairings.

In an interview with The New York Times, Browne said people “underestimate cannabis” adding: “You wouldn’t walk into a restaurant and say, ‘I’ll have the wine.’ So why would you assume people would do that for cannabis? In the same way that Pinot Grigio and Pinot Noir may sound similar but are completely different, names like Lemon OG and Lemon Skunk are very different strains with very different flavor components and completely different highs.”

Paul Yanon, a US based sommelier, added: “We’re in a really interesting place in the perception and evolution of marijuana”, he said. “Something that has been enjoyed in the privacy of people’s homes is slowly making it into the mainstream, and it doesn’t have to be a secret anymore. There’s a lot of pairings that just don’t work, so it’s really about trial and error,” said Yanon of potential weed and wine pairings.