Sandeman has declared around 1,000 cases of vintage Port from its Quinta do Seixo property, the latest step in what the house has promised will be “a very long period of innovation”. 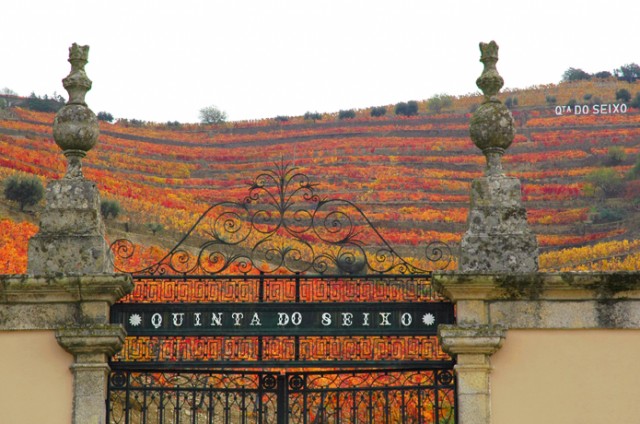 This is only the second release of a Quinta do Seixo vintage from Sandeman, which has held the estate in its portfolio since 2007. With an RRP of £29.99, it is distinguished by the fact that all the grapes come from this one property, in contrast to the house’s main vintage expression, which has not been declared this year, or Sandeman Vau Vintage, which is specially blended to encourage earlier drinking.

Introducing this new release at the Big Fortified Tasting in London, Sogrape UK’s managing director Matt Douglas told the drinks business that he was keen to manage distribution in a way that would support the UK’s penchant for more mature styles of Port.

“What we haven’t decided is how much we’ll keep for aging,” he remarked, in an echo of Taylor’s decision with regard to the delayed release of its own Quinta do Vargellas 2013.

“We would like to have something kept back to sell in 10 years time,” explained Douglas. “If you can do that regularly every year or so then it becomes easier because you’ve always got something mature to sell.”

He set this ambition against the backdrop of a category that is increasingly focusing on the higher quality, value-driven end of its business. “There’s still a lot of straight ruby and tawny sales and nobody’s walking away from that business, but it is declining with people drinking less fortified wine,” commented Douglas.

In order to support the Port category into the future, he maintained: “We have to keep innovating but we can only afford to do that with the premium styles. That also means we can’t create a new product and then sell thousands of cases because there just isn’t the stock.”

As a result, Douglas continued, “We will have different things coming along as we run out,” promising “a very long period of innovation coming with the 225th anniversary. We started with Cask 33, then this and there’ll be more development later this year and beyond that, but it’s a long-term challenge.”

In terms of parent company Sogrape’s attitude to vintage declaration, Douglas marked a contrast to the strategy adopted by Quinta do Noval, which now has a policy of declaring as many vintages as possible, even if as with 2013 the quantity is only small.

Instead, he stated: “We should all concentrate on declaring as few times as we can, but with the very best vintages that we can.”