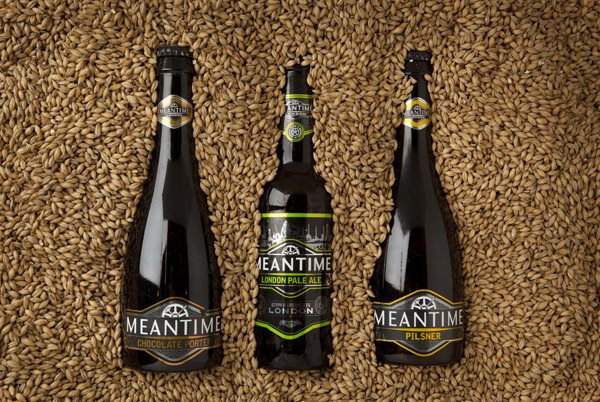 The acquisition is a coup for SABMiller as Meantime is the first British brewery to enter its portfolio. Meantime’s management team, led by chief executive Nick Miller and founder Alastair Hook, will continue to run the company.

Meantime’s 60 shareholders, including Miller and Hook, sold 100% of their shares in the company to SABMiller as part of the deal.

Sue Clark, managing director at SABMiller Europe, would not reveal the cost of adding this “special new addition” to company’s portfolio but described it as “small” in the context of SABMiller”.

Under the deal Meantime will seek to expand its reach and sell its extensive range of craft beers led by its London Pale Ale, London Lager, Yakima Red and Pilsner, in new global markets.

SABMiller will also fund a “pilot brewing facility” at Meantime’s Greenwich base led Hook, Meantime’s master brewer. The centre will serve as a hub for innovation and product development for SABMiller Europe and will produce beers for both Meantime and its other brands.

“SABMiller is a great company to be joining forces with. I’m delighted that it believes in the longevity of the modern craft beer category in the UK and beyond. The team has stressed how important our culture has been to our success to date and wish to see it retained within the business going forward,” Miller said.

“We needed greater resources and capabilities, access to more global markets and a partner with appropriate cultural fit – we’ve found that.

“We’re thrilled that SABMiller has given us a remit to continue to innovate. This is a massive compliment and acknowledges our position as pioneers in the modern craft beer category in the UK,” he added.

As to whether the sale will lead to Meantime no longer being considered a “craft” brewer, Miller said: “We have no different values today than we had yesterday. You’d be daft not to be concerned about what the future holds but craft is a term mainly used by the trade and I think we’ll see the term disappear over time.

“Do you ever see craft coffee? No. We need to stay true to what we believe in but why would we not be a craft beer just because we’ve got a new set of shareholders?”

Peter Ward, dealer at London Capital Group, believes the sale will spark a debate about the definition of craft beer in today’s market.

“For SABMiller this is about strengthening its portfolio as it combats falling sales in some of its European markets. The move marks a step whereby a niche brand now has the marketing power and business acumen of a global giant behind it,” he said.

Meantime’s founder and master brewer Alastair Hook believes the sale will give the brewery the chance to reach a global audience.

“When I started Meantime I had a vision that British beer would one day become world-leading. I wanted to see London brewed beers given an opportunity to take the world stage,” he said, adding, “This partnership means that we now have the opportunity to see that vision become a reality.”

Meantime was founded by Hook in a tram shed in 1999 and now makes 40 different styles of beer.

The world’s second largest brewer, London-based SABMiller owns 200 local and heritage beer brands including Fosters, Grolsch and Peroni. The company is keen to bring beer to a wider range of consumers, particularly women, and also aims to flag up beer’s food matching capabilities.