Australian wine industry ‘on a roll’

Australian winemaker and international consultant Brian Croser has hailed changes to his country’s wine industry within the last two years as “an evolution – almost a revolution”. 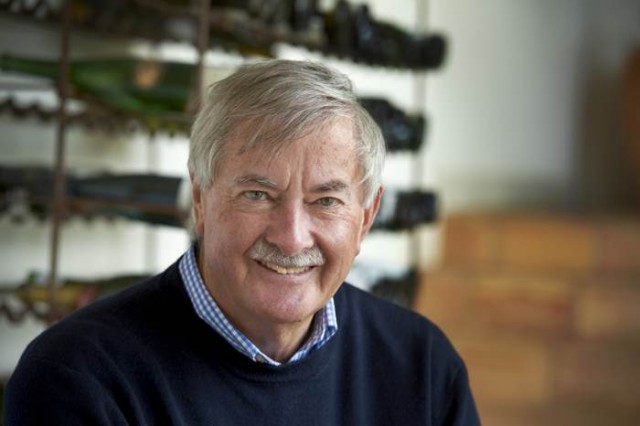 The whole ethos of the industry has changed,” he told the drinks business. “It started two years ago and now we’re on a roll.”

Tracking the key shifts that have allowed this change to happen, Croser remarked: “We had been dominated by big companies, commodity language and politics, but now 3,000 smaller members are starting to emerge and be visible.”

As a result, he continued, “The whole image of fine wine, terroir and community are now embedded. There are so many winemakers doing exciting things who have got vineyards that are unique.”

Croser, who founded Petaluma in the 1970s and now owns Adelaide Hills estate Tapanappa in partnership with Champagne Bollinger and Jean-Michel Cazes of Lynch Bages, pioneered vineyard planting in South Australian regions such as the Fleurieu Peninsula and Wrattonbully.

Having twice held the presidency of the Winemakers Federation of Australia, he is now on the board of the Australian Grape & Wine Authority. Established last year, this body replaced the Wine Australia Corporation and the country’s Grape & Wine Research & Development Corporation to provide centralised support for the industry’s marketing, exports and research & development.

“Now we’re one body so it’s more relaxed and some of that research can be marketing and statistical research without damaging any of Australia’s really important wine research,” outlined Croser.

Reporting that “We’ve just put out our plan for the industry Australia-wide and internationally,” Croser observed: “It’s been totally accepted in a way that it wasn’t before when the big companies wouldn’t accept that split between fine wine and commercial wine.”

Linked to this newly emphasised division, he highlighted another important element made possible by AGWA, observing: “We can put more resources into supporting fine wine, which needs a very distinct strategy to bridge the gap of the image of Australian fine wine with the reality, which is far better than people think.”

For Croser, this marks a vital step forward from the previous era. “The branded commodity businesses have tried to subjugate the smaller players because it suits their purpose,” he maintained, saying of the new mind-set: “It’s an evolution – almost a revolution.”

In line with this criticism of the excessive influence held by larger producers, Croser picked out Margaret River as “the leading region” for Australia’s current upmarket push “because there are no bigger companies” in that corner of the country. “The way it’s protected its image and quality is wonderful,” he remarked.

As Australia’s smaller, high quality producers begin to expand their following, Croser pointed to an even brighter future for the country’s fine wine evolution. “People are now starting to see higher margins coming out of higher prices and they’re going to reinvest those because that’s the nature of smaller wineries,” he commented. “That means we’re going to get better rootstocks and investment in the winery – they’re not going to spend too much time indulging themselves.”

Through his consultancy work with international companies such as Santa Rita Estates and stake in Oregon’s Tunkalilla Vineyard, Croser expressed his frustration at watching other countries move ahead of Australia in promoting their high quality message.

“Places like Chile, Argentina and Oregon have seen huge changes in things like clones and vineyard spacing; that’s not happened in Australia,” he said. “I see what’s happening in the rest of the world and it’s been driving me nuts that we’ve been so introspective. The world is behind in its perception of what Australia has to offer; we’re now trying to bridge that gap.”

Despite this growing voice for smaller producers, Croser stressed that the creation of AGWA meant the industry was also better placed to support the country’s higher volume, big brand producers.

Outlining details of the organisation’s research focus he said, “At the same time we can make sure that the technology on the branded side means we can make wines cheaper and better to help Australia compete with countries like Chile and South Africa.”

Describing the winemaking community as “very supportive” of these structural and strategic changes to the industry, Croser acknowledged: “There are always going to be politics, but they’re considerably diminished now and there’s a common purpose.”