The drinks industry today is flooded with tools and market analysis to help the trade understand more about their customers than ever before. 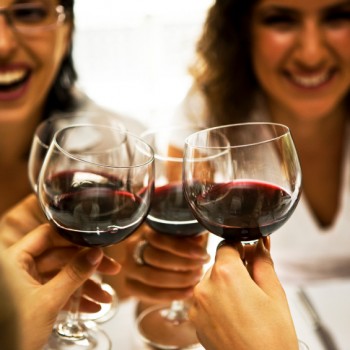 Whether you’re revamping your pub wine list, hosting the ladies who lunch or refreshing City clientele, there’s data out there offering advice on how to satisfy just about any demographic or emerging trend you care to imagine. Sometimes though, it can be just as informative to ditch the research papers and simply take a look at the real life people around you. the drinks business has carried out its own informal observation of everyone from Rioja lovers to Champagne quaffers and compiled these portraits of 10 modern consumers based on their wine preference.

Read on through the following pages and see if you recognise any of them. 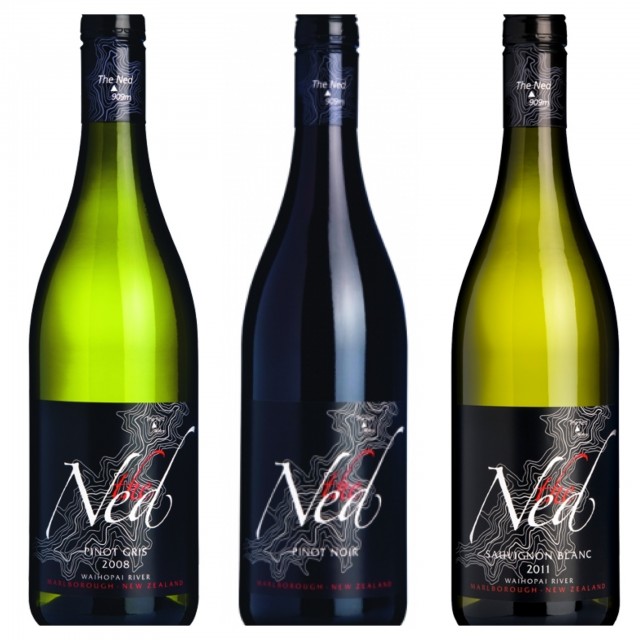 Caroline gets a text from Jenny telling her there’s 25% off The Ned at Majestic. She mounts the pavement outside the warehouse on her way home from the school run, children still in the car, and the nice assistant somehow manages to squeeze three cases into a boot already stuffed full of packed lunch boxes, swimming kit and a rather put out dachshund.

It’s not even as though Caroline’s a big wine drinker, but there’s just something about that New Zealand Sauvignon Blanc she can’t resist. Her husband makes wry similes about catnip on his return from the office as she explains that there just wasn’t room in the car to stock up on his favourite Côtes du Rhône too.

He becomes even less thrilled upon realising that his ice tray has been removed from the freezer to allow for some high-speed bottle chilling for as soon as the children have had their tea. 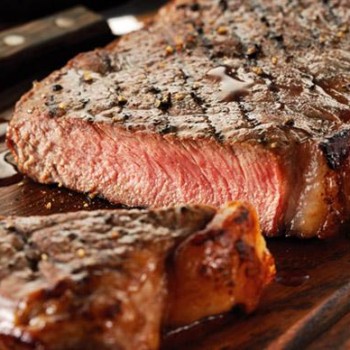 Ben’s girlfriend dumped him last week but, wounded pride aside, he’s not that bothered. It means he can hit Hawksmoor hard with his City colleagues tonight and smash out a bottle of Argentina’s finest with his 400g slab of prime rib-eye.

Of course, if they’re trying to win over a client then someone will take the plunge and flex the company Amex on a Napa cult Cabernet, but Ben gets just as much bang for someone else’s buck on those heady, meaty Malbecs that just ooze gauchos, the great outdoors and the sort of flame-grilled cow flesh his own barbequing efforts somehow never quite deliver. At the end of the meal there’s plenty of talk of heading into Soho, but all that protein and alcohol has taken its toll. Ben shifts uncomfortably in his chair and mentally drafts the text to say his “shoulder injury” is going to keep him off the rugby pitch for another week. 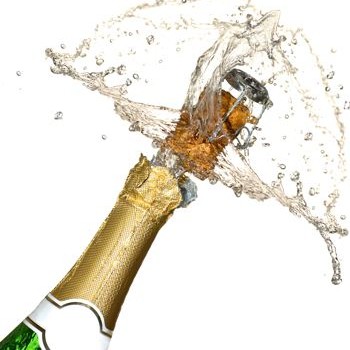 Wine seems to give Julia a stinking headache. She used to manage the occasional glass of Sancerre in her youth, but now the only thing her body seems to cope with is Champagne. The great thing is, there’s never an occasion when Champagne is the wrong answer to that inevitable question, “What are you having?” Julia did once get badly caught out with something horrendously warm and acidic during a fundraiser at the local pub, but fortunately most of her socialising is conducted in more civilised circles.

Far more problematic is this growing obsession everyone seems to have with Prosecco. It’s just not the same thing at all! In fact, drinks parties have become such a hazard now that Julia has taken to bringing a bottle of Moët along and discreetly briefing the waitresses. She’s then inevitably forced to look on in silent horror as the contents are used liberally to top up her neighbours’ glasses too. 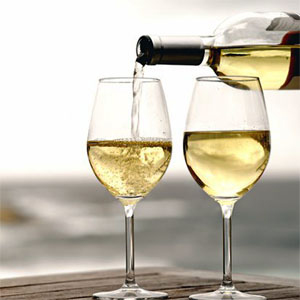 Holly’s not really a wine drinker – it’s a bit sour. She’d really be much happier drinking Malibu & coke but that doesn’t look very sophisticated on a girl’s night out and anyway she’s trying to cut back on calories. At least Pinot Grigio doesn’t taste of much, especially if you drink it really cold. In fact it’s a shame everyone laughs at you if you put some ice in the glass, although as the night goes on the girls are all laughing so hard that she does it anyway to hilarious shrieks.

The next morning Holly wakes up with a stinking headache – she knew she was allergic – to find the sitting room littered with half drunk bottles of warm white wine. At least it hasn’t made as much mess on the carpet as that Merlot she raided from her dad’s stash the night everyone came over to watch the Eurovision Song Contest.

Penny loves a good glass of Rioja. Always red of course, and always that gorgeous oaky style that makes her feel like she’s wallowing in strawberries and old leather. Proper wine – that’s probably why it never comes in a screw cap, which would make life so much easier. A few times recently she’s had some nasty surprises when the bottle didn’t taste oaky at all – and then there was the time the waiter started pouring a white wine, which was a bit unnerving – but most of the time Penny likes the fact that you’re safe with Rioja and, even better, it’s on pretty much every pub and restaurant list.

When she’s doing the weekly shop, Penny doesn’t really go for any Rioja brand in particular. That Campo Viejo’s nice but when something else is on offer then she’ll give it a whirl. If they’ve got friends coming over for dinner then she’ll probably go for one with a posher label and maybe even some of that gold string round the bottle. 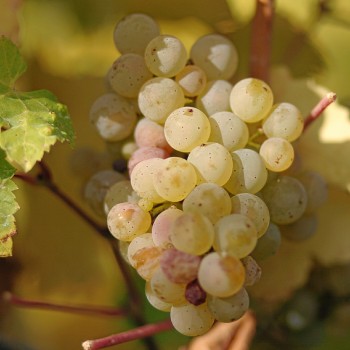 Simon’s started going to evening wine classes after his day job as an IT consultant. He enjoys getting his head around Bordeaux and talks to his friends a lot about investing in en primeur but what seems to get the teacher really excited is German Riesling so he’s decided to try and understand what all the fuss is about. It’s turning out not the easiest wine to get to grips with. For starters it’s sweet so when on earth are you meant to drink it? That also means his mum likes it, which is difficult to reconcile with a sophisticated drink.

Worst of all though are those awful old school labels and the completely impenetrable names. And that’s before he’s remembered whether it’s “Reez-ling” or “Rise-ling”. After enduring a couple of painful encounters with a sommelier when trying to order it in a restaurant, Simon has decided to play to his professional strengths and pursue this particular challenge via the embarrassment-free zone of online retail. 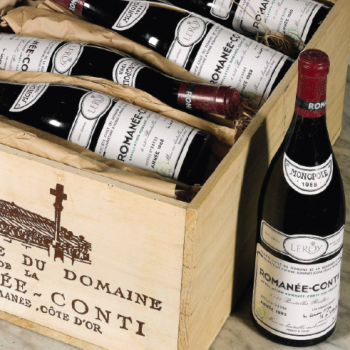 Tim, as his long-suffering friends, wife and t-shirt will attest, is a fully subscribed, born again, evangelical Pinot freak. His Damascus moment struck when he went along with a friend to a Burgundy tasting organised by one of those old-school wine merchants. Tim was busy making snide remarks about the pinstripe quota when the wine – he hadn’t even noticed which bottle it had been poured from – wafted out of the glass, caressed his taste buds and left him staring into the distance with a glazed expression on his face.

Ever since, Tim’s been desperately pursuing that sensation again, battling through lean lesser Burgundies, settling for the instant gratification of New Zealand or Californian Pinot and rolling his eyes as everyone else cracks Sideways jokes. One day, he’s promised himself, he will sip the Holy Grail of Domaine de la Romanée-Conti, but, insists his wife, not until the mortgage has been paid off. 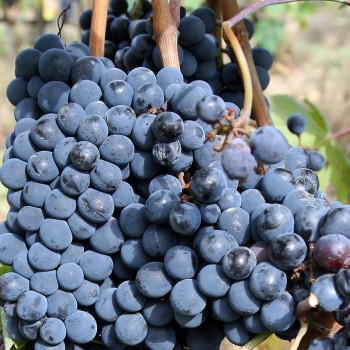 Miranda only has to spot a bottle of Chianti on the shelf in Waitrose to start reminiscing to anyone who’ll listen about that FAB-ulous family holiday to Tuscany last summer. Cracking open a bottle with dinner that night she reminds her overworked husband about that great little trattoria they found near Siena – “you know, that day the hire car broke down and Teddy left his top trumps set in the duomo.”

Later as her husband collapses in front of the television, Miranda polishes off the second half of the bottle and shows him pictures on her iPad of expensively converted, cypress-clad castelli, whose rental price for a week means he can wave goodbye to that grouse shooting weekend he’d been planning from his desk just a few happy hours previously. 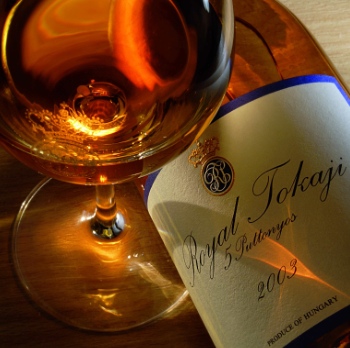 György is homesick. When he left his small town near Budapest to come and work in a London hotel, all he could talk about was escaping the depressing politics and dead end jobs on offer in Hungary. Five years later, he’s realised it’s not so different here. After his shift, György sits disconsolately at the hotel bar with a glass of the sweet nectar of his homeland. He persuaded the bemused beverage manager to list it after an emotional paean to the “king of wines and wine of kings”, but none of the customers ever ordered any so now György is finishing off the last of the stock.

When the final bottle is gone, György tells himself he’ll quit his job, go back to his parents’ house and set up a little restaurant. The very thought of his mother’s paprika-flecked goulash and cold cherry soup makes him weep into the dregs of his aszu. 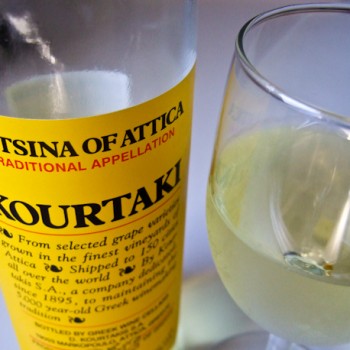 Harry remembers the night as if it were yesterday. They’d just liberated a Cretan village and the mountains resounded with jubilant gunfire, music and heartfelt toasts with the local retsina. A few decades later he’d been back to Crete with his wife on some godawful package holiday and come across that pine-scented wine again. She’d told him it was revolting stuff but Harry smuggled a few flasks back and for a while would defiantly uncork them when friends came over.

Now Harry sends his carer out to buy a retsina that he discovered was being stocked by the local wine merchant, trading optimistically on customers’ holiday nostalgia. It sits by his armchair and every night he treats himself to a small glass and remembers that jubilant night under the Cretan stars.