A microbrewery is producing a beer made from leftover bread, making use of the tonnes of bread thrown away by supermarkets each year. 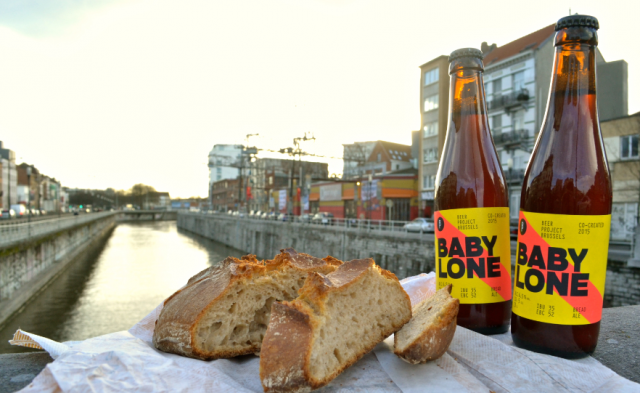 Described as a beer with a “societal conscious”, Babylone is brewed from recycled fresh bread and is the brainchild of the Beer Project – a micro brewery based in Brussels. Sebastien Morvan, one of its co-founders, was spurred into producing the beer after realising just how much bread was thrown away by supermarkets in the city every day.

Explaining the concept, the Beer Project said: “Every day, a great amount of food is wasted – especially in urban areas. Bread waste is estimated to account for 12% of total food waste [in Brussels] and as such it represents a real challenge.”

According to Morvan, about 30% of the barley used in brewing could be replaced with one and a half slices of bread per bottle with 4,000 litres (1,057 gallons) requiring 500 kilos (about 1,100 pounds) of bread.

Using unsold bread, Morvan’s team dries the bread before mashing it into a flour and mixing it with barley malt. After a year of research and development, the brewery settled on a recipe using 30% bread, containing the equivalent of one to two slices of bread.

The beer is named Babylone after the ancient capital of Mesopotamia, home to the world’s oldest evidence of beer – a 6,000-year-old Sumerian tablet that shows people drinking a beverage through reed straws from a communal bowl. The oldest surviving beer recipe meanwhile can be found in a 3,900-year-old Sumerian poemm which describes the production of beer from barley via bread.

The 7% “bread bitter” is sold in Brussels is described as having a subtly salty taste and a hoppy finish.

“It’s fusion between maybe what they used to do with bread 1,000 years ago and contemporary brewing,” said Morvan speaking to Reuters. “It might not please everybody’s palate, but I think the ones who like this will really enjoy it.”