A Michelin-starred chef has created what he claims is the world’s first “lobster gin”, born out of a mission to create the perfect seafood and cocktail pairing. 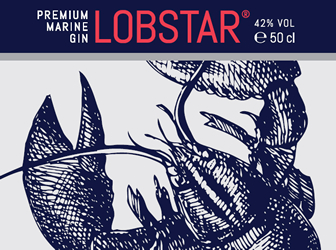 Chef Kristof Marrannes, of Ter Leepe in Zedelgem, Belgium, developed the drink in a bid to create the perfect pairing to the restaurant’s seafood dishes, according to Munchies.

By macerating the lobster in pure alcohol, Marrannes discovered he could make use of the crustaceans’ sweet, briny aromas and flavours, heating the mix and then blending it with regular gin. His experiment became reality after he approached Spirits by Design last year to help put the gin into production.

Called Lobstar, the spirit is marketed as a premium “marine gin” with its producers claiming each bottle contains almost 200g of real lobster.

Listing the product on its site, the spirits design company said: “He blew us away, when he asked us to use a certain ingredient: lobster. For the first time I wasn’t sure where to start and if it was even possible. Never and nowhere, anyone has tried to use this type of botanical.”

The unusual “gin” has been described as having a “surprising smell of a bisque, lobster soap”, with notes of lemon grass and parsley”. At Ter Leepe, it is garnished with parsley, lemongrass, and a slice of lime and served with a tonic that is as neutral as possible.

The product is due to go on sale later this month with a half-litre bottle costing €59 ($63).