The trade is ready, initial reactions are positive, some scores are trickling in, the euro is declining, the US might be interested, what happens if prices go up this en primeur? 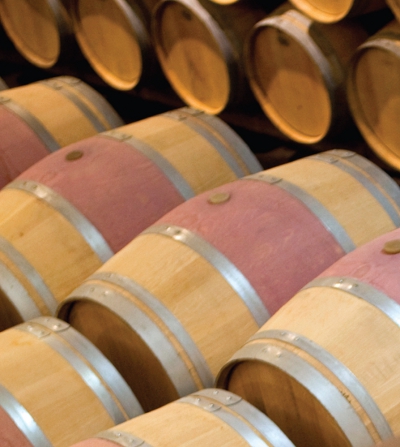 It is widely considered that (once again) this is a make or break en primeur campaign for Bordeaux and while few truly expect prices to sink as low as they did for the 2008s, there is hope that they will be attractive enough to bring back the jaded yet apparently more interested Bordeaux buyers of old.

Sadly, a report today by Wine-Searcher suggests that this is something of a pipe dream, the Bordelais unwilling to price the 2014s below the weak 2013s on account of it being a better vintage. Thomas Duroux of Château Palmer appeared to say that the 2014 would be around the price of the 2012 (€160 per bottle), which would mean a price rise of around 1%.

In the past this would make absolute sense and is at the core of how en primeur is supposed to work but in this day and age it is likely to smack more of arrogance than good business sense.

Guy Ruston, managing director of Bordeaux Index in Hong Kong, told db: “Remembering that 2013 was not a remotely successful campaign, if the 2014s are released at an increased price then not only will the campaign go nowhere but there’s a risk that much of the positive sentiment will be quickly eroded.”

There are some factors which count in Bordeaux’s favour this time out compared to previous campaigns.For one the US is potentially going to be a much more active participant in this year’s campaign having sat out the majority since the 2009s and 2010s.

Another thing to consider is the declining euro which will be a boon for both US and UK buyers, the euro having dropped 17% and 10% respectively against the dollar and sterling as of November last year and as of Monday this week the euro was worth $1.08 – a 12-year high. One report for Newsweek in March even suggested the two currencies could hit parity in three months.

Liv-ex director Justin Gibbs told the drinks business: “With the weak euro and some undoubted quality among the new releases, there will be demand on a château by château basis if the price rises are reasonable.”

On the other hand, although US buyers have not been much in evidence at recent campaigns, they have been picking up Bordeaux from those vintages at bottom of the market prices. Perhaps they’ll feel no need to dip into buying en primeur if many believe the price is bound to dip afterwards anyway.

And that is the crux of the en primeur pricing debate – confidence. Few people are confident that prices will hold post-en primeur so why buy then rather than later? And if the euro continues to decline then US buyers may feel like waiting until their money will buy them even more in euro-terms.

Gibbs continued: “Our numbers suggest that – with few exceptions – collectors have lost money in each of the last five vintages (in some cases each of the last 10!) and so raising the bar in 2014 does not stand out as a particularly clever idea.

“If the châteaux raise the price across the board then the market will groan, absorb a bit here and there, and then turn to other things. Back vintages will probably hold, pre-2006, but there is a risk that the opportunity to re-ignite interest and put some vigour back into the Bordeaux market will be lost. And that would be disappointing. Merchants and their clients used to care a lot about each new vintage. Today, more often than not, they just shrug.”