Another drop of whisky from Last Drop

With the release of its latest one-off bottling of a 48-year-old blended Scotch whisky, family-run Last Drop Distillers is moving on to the next generation. 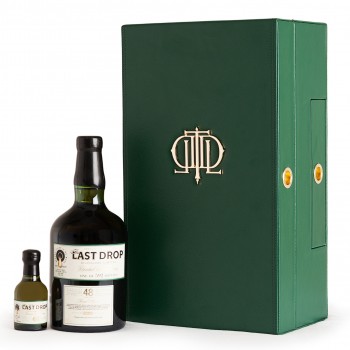 Boutique whisky specialists, The Last Drop Distillers Ltd. has just launched a rare 48 year old blend. The whisky, described as having: “a smooth, complex honeyed flavour,” was re-casked into first-fill American oak Bourbon barrels 27 years ago, and has been lying in a traditional warehouse in the Highlands ever since. With just 592 bottles available, a retail price of around £2,600 (IS$4,000) is anticipated.

It is the fourth bottling from Last Drop, which was founded by James Espey OBE and Tom Jago in 2008 after a career in the whisky trade with Seagram’s and IDV where they helped create Bailey’s, Chivas Revolve, Johnnie Walker Blue Label among others. The first release was a blend of 70 malts and 12 grains, the youngest distilled in 1960. “In 2008 it retailed for £1000,” said Espey. “Now, if you can find a bottle, it would be at least £2,500.”

His daughter Beanie Espey, who recently joined Last Drop along with Tom Jago’s daughter, Rebecca Jago, will gradually take-over the business. They plan to unearth more rarities from forgotten corners of distillery warehouses and expand into other spirits. So far Last Drop has released just one non-Scotch bottling – a 1950 Cognac.