In an ever-crowded and competitive market the world’s biggest vodka brands have had to up their game in recent years to keep ahead of the pack. 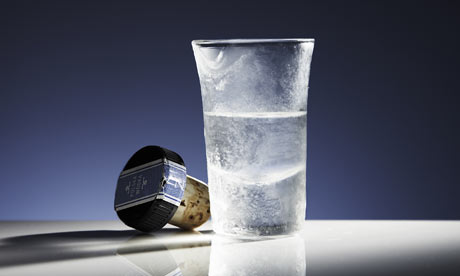 For many, that has meant expanding their flavoured vodka portfolio. The category has has witnessed dramatic growth in recent years with many producers investing in yet further flavour expressions in 2014. While only time will tell if flavoured-variations can sustain demand, what is clear is that vodka is no longer a bland spirit added as a neutral spirit to cocktails and mixers. Brands are increasingly taking flavour more seriously, and while the trend is perhaps more pointed in the craft vodka category, sipping vodka is becoming an increasingly realistic proposition.

Of the world’s top 10 vodka brands, only four achieved global volume growth in 2014 with three of the world’s biggest brands seeing their volumes slide. Constellation’s Swedish vodka Svedka saw its volumes boosted by an impressive 6.4%. However it was Polish vodka Zubrowka which stole the show, increasing its volumes by a whopping 30% in 2014. 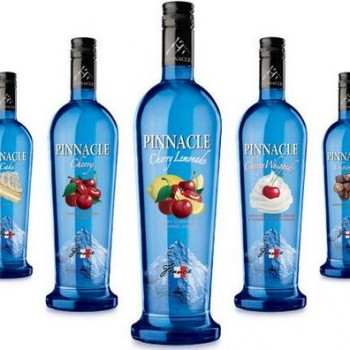 Another vodka brand making its mark in the flavoured-vodka market is Pinnacle, which recently extended its line of flavours with two “brunch-inspired” innovations – Mimosa and Habanero. Their release is designed to tap into a trend among US consumers for taking brunch. Pinnacle Mimosa is described as having “juicy orange” and “crisp Champagne” flavours that make it ideal served with fresh juice for a low-alcohol brunch cocktail. Meanwhile, Pinnacle Habanero is said to have notes of “ripe, juicy chilli peppers”, which work best served in a typical brunch-time favourite, the Bloody Mary. Pinnacle has built a flavoured-vodka portfolio of more than 40 permanent and seasonal expressions including Pumpkin Pie and Cinnabon – a brand of cinnamon roll. Beam Suntory has confirmed it is looking to expand into markets in Asia, Australia, New Zealand and South America in 2015. 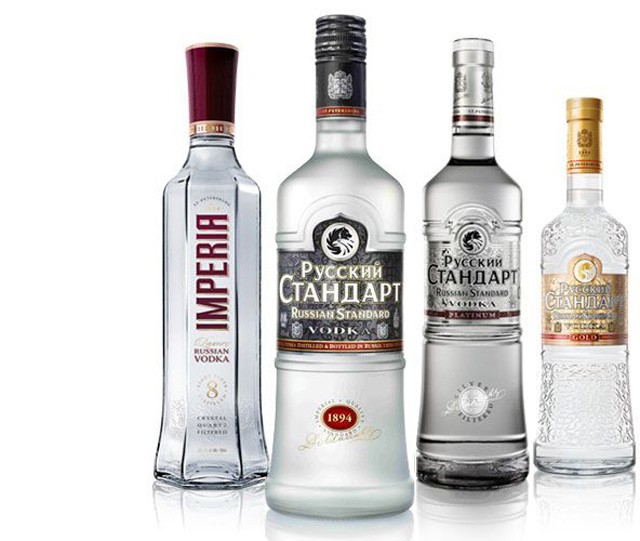 Last year the brand launched its first limited edition sleeve inspired by Russian folklore onto the travel retail market. The limited edition one-litre bottle of Russian Standard Original depicts the magical “Zhar Ptitsa” firebird, famous in Russian folklore and tradition. Its launch coincided with Russian Standard’s “most ambitious” global marketing campaign which featured an advert directed by film-maker and performance philosopher Jason Silva. Shot on location in the UK and St Petersburg, the advertisement explored the convergence of science and nature necessary for the production of the vodka and carried the tagline “Vodka as it Should Be”. 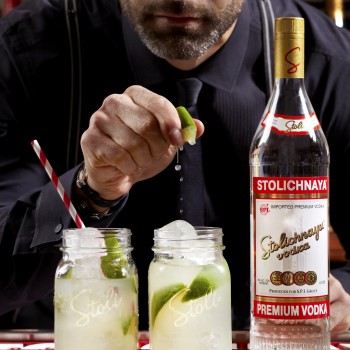 With a new CEO at its helm and ambitious development plans in the pipeline for the Baltic market, 2015 looks set to be an interesting year for Stolichnaya. Stoli Group appointed Robert Cullins as its new CEO in February, who confirmed the group is considering a number of acquisitions of new spirits brands. This is in addition to the group creating a holding company to manage its “ambitious development plans” in the Baltics late last year. The creation of Amber Beverage Group will see producer JSC Latvijas Balzams, SPI Distribution Latvia, SPI Distribution Estonia, Bennet Distributors in Lithuania, beverage retailer Latvijas Balzams in Latvia and Bravo Alco in Lithuania combine under one umbrella alongside a new logistics company. In what appeared to be a year of tightening up its operations, distribution of Stolichnaya vodka in South Africa was switched from RGBC to KWV as part of a deal with the latter to help it expand into a further eight markets in the region. While these figures do not take its sales into account, 2014 also saw the launch of Stolichnaya’s third and final expression in its ultra-premium elit pristine water series, which carries an RRP of US$3,000. Its Andean edition, distilled from water sourced from a natural spring in the foothills of the Andes, is bottled at 40% abv and comes in a hand-cut Glencairn crystal bottle designed to refract light and “enhance the liquid’s clarity”. 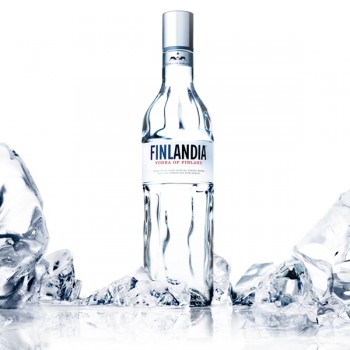 Produced from Finnish-grown barley and pure glacier water, Finlandia was first launched in Scandinavia and the US in 1970. The brand is now wholly owned by Brown-Forman, who acquired the brand in stages from 2000 to 2004. Its 2014 annual report said its vodka portfolio “delivered strong top-line results, with Finlandia depletions up 3%, and net sales growth of 4% (3% as reported). This healthy performance was driven by positive country mix and pricing power in key markets, including Poland, Russia, and Ukraine.” Brown-Forman also indicated plans to grow the brand, pushing into Poland, Russia, eastern Europe, and the United States, while looking to “add super-premium vodka brands either through acquisition or innovation” to its portfolio.

Its bottle was designed by Scandinavian artist Harri Koskinen and is intended to evoke melting ice. 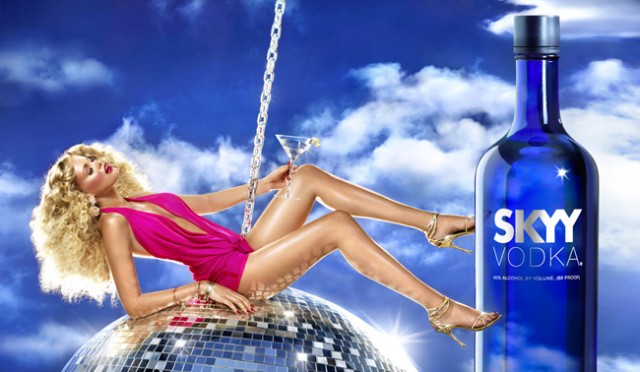 This year has seen a flurry of new releases for the Campari-owned vodka Skyy as demand for flavoured expressions continue. Campari America extended its line of fruity Skyy Infusions earlier this year with the launch of grapefruit and blueberry expressions. Skyy Infusions Texas Grapefruit, tapping into a trend for emphasising provenance, is made with grapefruits grown in Texas and is said to possess a “bold flavour that is ideal for the ingredient-driven cocktailing trend”. Skyy Infusions Pacific Blueberry meanwhile “captures the essence” of blueberries grown in the northwest of America. Despite widespread investment in the flavoured-vodka category, Campari admitted that sales in the confectionary-flavoured vodka category had dropped by 17.6% in the US, but said the wider flavoured vodka category is “incredibly buoyant”, growing by 9.6%. The two expressions join the brand’s range of Skyy Infusions flavoured vodkas, which now includes Georgia Peach, Vanilla Bean, Moscato Grape, Citrus, Dragon Fruit, Ginger Cherry, and Passion Fruit among others. 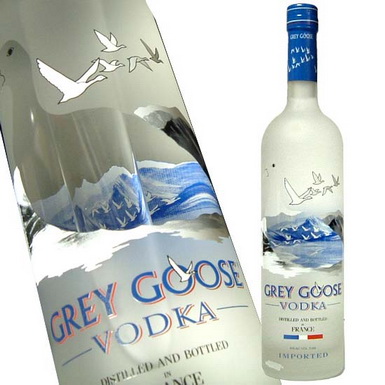 Coming in at number five is Grey Goose, a brand largely credited with creating the super-premium vodka category in the near two decades since it was first founded. Bacardi purchased the brand in 2004 for a reported $2 billion. Its volumes remained steady in 2014, a year which saw it partner with Richard Branson as the official sponsor of his Virgin Galactic project – the world’s first commercial space flight. 2014 also marked the launch of its Grey Goose VX, an ultra-premium hybrid spirit combining vodka with drops of fine Cognac. The travel retail exclusive, priced at £89, contains Cognac created from grapes from the Grande Champagne cru with Bacardi claiming at the time that it represented a “significant step change for the vodka/ white spirits category”.

Achieving an impressive 6.4% growth, Svedka slips comfortably into third place. Owned by US-based Constellation, the Swedish vodka brand released three new flavours in 2014 – Mango Pineapple, Strawberry Lemonade and Peach. Constellation credited its flavoured spirits portfolio as helping to boost its sales over the past year, reporting higher spirits shipments in the three months to 30 November 2014 which offset a decline in sales of its wine brands. More recently the brand moved into the higher proof vodka category for the first time launching Svedka 100 Proof in the US in March, which was described as a grain neutral spirit with a “smooth, clean taste and a crisp, arid sensation”. Continuing its experimentation with flavours, Svedka also launched its Grapefruit Jalapeño vodka expression at the same time, describing it as having a “bight, citrus” flavour which builds to a “smooth hint of heat”. 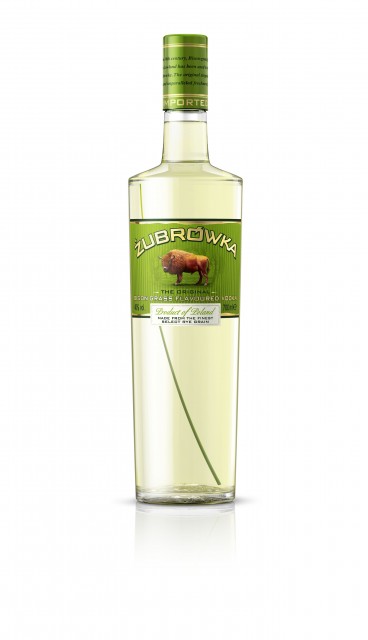 Polish vodka Żubrówka achieved an impressive 30% surge in case sales in 2014 after its parent company Central European Distribution Corporation (CEDC) was acquired by Russian Standard in the middle of last year. While a takeover often results in some upset in sales with disruption to distribution networks inevitable, the bison grass vodka has thrived. 2014 saw the brand launched in several new markets, building on its expansion in 2013 which saw it launched in Australia and global travel retail, and re-launched in the US via Russian Standard’s own distribution arm.

Zubrowka, otherwise known as The Bison Grass vodka, is produced exclusively out of a distillery in Bialystok, Poland, where the rye-based vodka goes through multiple distillations before pure bison grass essence is added.

In second place is Absout, owned by French spirits company Pernod Ricard. Taken over by the producer in 2008, Absolut is responsible for much of Pernod Ricard’s presence in the North American market with the producer confident about its future success, despite seeing a slight decline in volume sales in 2014. “We have Absolut and Chivas which should grow in any emerging market. The firepower we have in global brands is a huge competitive leverage,” said Alexandre Ricard in a recent interview with the drinks business. Much of the brand’s future growth and success within premium markets has been placed on Elyx – its super-premium single estate vodka launched last year. Distilled in a 1921 copper rectification still, the vodka is made from wheat produced on a single estate in Åhus, Sweden and typifies an emerging trend for single-estate vodkas as a point of difference in the ever-competitive vodka market. 2014 also marked Pernod Ricard’s debut in the honey-flavoured spirits category with the launch of its limited edition travel retail expression Absolut Honey. 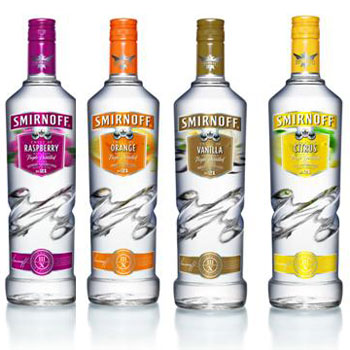 The undisputed champ of the global vodka market, Smirnoff shifted a staggering 25,493,000 cases in 2014, some 14 million more cases than its number two competitor. This was despite Diageo posting a sales decline of 3% in its interim results for the six months ending 31 December. Diageo CEO Ivan Menezes attributed this decline to the pricing of its mid-range brands in North America, which he said were “a little high”. Diageo has expanded its profit margins in the north American market over the past three years in an effort to premiumise its portfolio.

Smirnoff Red, the brand’s original, unflavoured product, improved its market share following the launch of new packaging and marketing campaign last year. Entitled “Exclusively for Everybody”, the campaign sought to highlight the brand’s belief that exclusivity is less fun than “good times for all”. “We wanted to bring a fresh voice to vodka and break through some of the exclusive characteristics the category has come to be associated with,” saidDan Kleinman, US brand director of Smirnoff.