There’s little doubt that Pinot Noir is fashionable these days, but such a sensitive grape’s transition into the mainstream is hardly guaranteed. 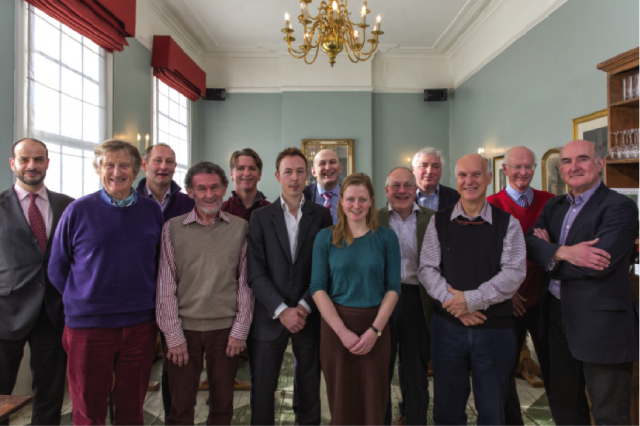 By bringing together over 350 examples from 16 countries to be scrutinised by some of the trade’s most experienced MW and MS palates, The Drinks Business Pinot Noir Global Masters offered a perfect opportunity to assess the status quo.

One thing the results made abundantly clear is that top quality examples of this grape variety can now come from just about any of the world’s major wine producing regions. Represented among this year’s gold medal winners were New Zealand, South Africa, Austria, Australia, Chile, Germany and Italy. Although both California and Oregon failed to achieve the same level of accolade as last year, they were nevertheless well represented in the medal table along with Romania, France, Argentina, Canada, Bulgaria, Spain, Switzerland and indeed England.

“My overall impression is that the competition is hotting up,“ remarked Sebastian Payne MW, buyer for The Wine Society. “There seem to be more and more places all over the world getting things right.” While noting the particular strength of New Zealand, whose clutch of gold medals and a Master proved its ongoing prowess, Payne added: “Countries like South Africa and Chile show steady improvement, and there were some surprisingly good wines at under £10 a bottle, which used to be a price point to avoid for Pinot Noir.”

Nevertheless, the feeling among most of the panel chairs was that the perfume and charm that are so intrinsic to Pinot Noir’s appeal tend to emerge at higher price brackets. “It is a tough ask to expect to produce good Pinot at under £10 a bottle with the UK tax regime and generally you need to set the sights a bit higher if you want to be rewarded,” commented Mark Savage MW, managing director of UK merchant Savage Selection. “There are certainly some possibilities at around £15,” he continued. “At over £25 then you deserve to see a good depth of Pinot character.” Excitingly for fans of this variety who are prepared to pay a bit more to indulge their passion, there was certainly no shortage of successfully ambitious examples at these upper price points. Indeed, observed Payne pointedly, “Burgundy seems too scared to enter many wines; perhaps they have more and more reason to watch the competition.” 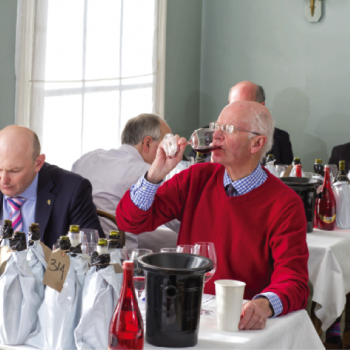 So what is it that winemakers around the world are getting right to produce such an abundance of high quality styles?

According to the drinks business editor in chief Patrick Schmitt, “Something positive that was immediately apparent among this year’s entries to our Pinot Masters was a more sensitive handling of the grape. Not only did we rarely encounter harsh tannins from heavy-handed extraction methods or too much new oak, but there appeared to be a better balance between fruit sweetness and freshness among 2015’s entries.” What’s more, he noted, “fewer examples had fallen victim to the raisined flavours or alcohol burn that can result from picking too late in a warm climate.”

This analysis was echoed by Payne, who pointed to “much subtler wood treatment than I remember from last year, with a touch of American oak working quite successfully on some lower-priced wine.”

For those producers working to make good quality Pinot Noir at the commercially important sub-£10 price point, consultant Richard Bampfield MW had the following advice: “Restrict yields as much as possible, don’t try too hard on extraction and try to add an oak component, even if small.” More generally, Savage highlighted the right picking date as being “crucial” for producers’ success. “A day or two too early and you will get green tannins, while a day or two beyond optimum and you may have prune juice,” he warned.
For all the evidence that excellent Pinot Noir can come from very different corners of the world, he linked this picking decision closely to the importance of finding the right spot to plant such a sensitive variety. “You need to be confident that the vineyard site will allow for marginal ripening with maturity in the fruit that will render unnecessary any correction by either chaptalisation or acidification,” insisted Savage, adding: “The vast majority of vineyard locations in the world will not be suitable.” 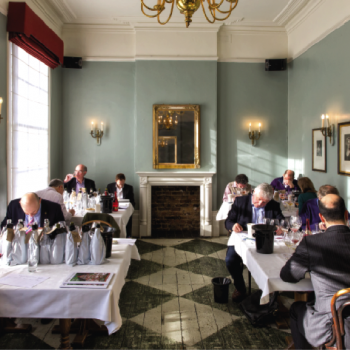 Despite the abundance of high quality Pinot Noirs emanating from different corners of the world today, Bampfield questioned the clarity with which these wines express their origin. In contrast to the deeply nuanced distinctions displayed so famously by the grape in Burgundy, he remarked: “I don’t think that national and regional differences are yet nearly as clear in Pinot as they are with grapes such as Cabernet and Shiraz.” With entries for the Masters series arranged by price bracket rather than country of origin and all wines tasted blind, Bampfield suggested that it would have been “extremely difficult” to pin down wines to specific parts of the world, “whereas, with Cabernet I think I would be more sure of my ground,” he remarked. Indeed, looking ahead to the evolution of this competition in years to come, Bampfield predicted that the line-up is likely to become “more and more interesting as new sites in the New World in particular are developed.”

That suggestion certainly opens up an exciting future direction for Pinot Noir’s international development. As this in-depth assessment of the current state of affairs demonstrated, winemakers have certainly secured a solid base of quality on which to refine their offer in ever more nuanced directions.

In a crowded wine competition arena, The Drinks Business Global Pinot Noir Masters stands out for its assessment of wines purely by grape variety rather than region. Divided only by price bracket and, for ease of judging, whether the style was oaked or unoaked, the blind tasting format allowed wines to be assessed without prejudice about their country of origin. The wines were scored out of 100, with those gaining more than 95 points being awarded the top title of Master. Those earning more than 90 points were given a gold, those more than 85 points a silver, and those more than 80 points a bronze.

The wines were judged by a group of Masters of Wine and Master Sommeliers on 4 February at The Drapers Arms in Islington, London.