A vineyard that was owned by the original (and ultimate) “Renaissance man”, Leonardo da Vinci, has been replanted in Milan and will one day produce wine again. 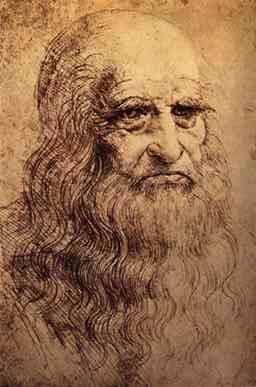 After 10 years of research, a group of experts led by professor Attilio Scienza, geneticist Serena Imazio and oenologist Luca Maroni have identified and replanted the vines that were once grown in the small plot which now forms part of a walled garden in the Casa degli Atellani in the centre of the city.

According to The Telegraph, the experts used DNA testing on some rootstocks that were found after an excavation of the property and determined that the vineyard was once planted with a variety called Malvasia di Candia, which is still grown in parts of Italy, notably around Piacenza in Emilia Romagna and used in blending with other varieties.

The vineyard will reopen to the public in May in time for the 2015 Milan Expo. Gabriella Bechi from Confagricoltura, an agricultural organisation that sponsored the restoration, said the project was a “unique demonstration” of the intertwining of art and wine in Italy.

The vineyard in Milan was a gift from his patron, the Duke of Milan, Lodovico Sforza, who gave it to him in 1499 a few years after da Vinci had finished what many consider his masterpiece, The Last Supper in the church of Santa Maria delle Grazie which is nearby.

The vineyard remained in da Vinci’s possession for the rest of his life and though he died in France in 1519 (in the Loire no less), he bequeathed the vines to his two most loyal servants and their families looked after them until they were destroyed by an Allied bombing raid in World War II – attacks which devastated the city in general.

Although some of his most famous works come from his time in Milan, da Vinci was a Tuscan by birth and the town of Vinci where he was born, even to this day, is surrounded by vineyards.

A product of his time and place, da Vinci was likely a keen wine drinker and perhaps took some pride from his little vineyard. It is known that among his copious notes and sketches on astronomy, anatomy, mechanics, art, stage design, sculpture, cartography and botany he did pen some thoughts on viticulture, maybe the duke gave it to him because da Vinci’s interest in botany at the time was particularly focused on viticulture and wine production.

Then again, the great polymath’s attention was only ever held for so long by one thing and he was usually quickly distracted by observing a bird in flight or the desire to sketch the intricate pattern of a snail shell. He is said to have never completely finished (certainly to his own satisfaction) a single work.

Nonetheless, it is at least nice to think of one of the world’s foremost geniuses sipping wine from his vineyard and perhaps pondering how it might be improved as he scribbled his designs for helicopters, tanks and parachutes and pondered the inner workings of the human body.