London restaurant Sushisamba in the Heron Tower has launched a cocktail made with the highly prized Kobe beef as part of its new drinks offering.

Priced at £28, the Kobe Cocktail twists on Bourbon-based classic cocktail the Old Fashioned by adding a wash of the highest grade Kobe beef fat before being stirred with maple syrup and caramel and served with a block of ice.

Kobe beef is only on sale at a tiny number of London restaurants including newcomer steakhouse “M” where a 150g Kobe steak will set you back £150.

Graded on the quality and marbeling of its fat content, Kobe beef hails from the Tajima strain of Wagyu cattle raised in Hyogo Prefecture in Japan.

The cows lead a charmed life, enjoying regular massages and beer as part of their diet, both of which help create the sought after tenderness and marbeling of the flesh.

The Kobe concoction is the brainchild of liquid alchemist Rich Woods, head bartender for Sushisamba and sister restaurant Duck & Waffle, who has long pioneered the concept of savoury cocktails.

Keen to blur the lines between the worlds of food and drink, Woods weaves everything from oysters, bone marrow, blue cheese and Marmite into his drinks.

To create the cocktails, Woods worked closely with Sushisamba’s executive chef Cláudio Cardoso, which, he believes adds an exciting layer of interest to the drinking experience. 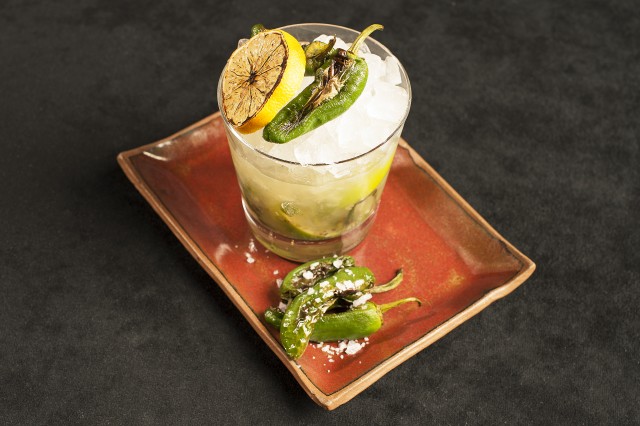 Twisting on Brazil’s national cocktail, the Caipirinha, Woods has given it an earthy, savoury twist with the addition of padrón peppers, one in ten of which are said to be red hot. Served short, also in the mix are cachaça, limes and sugar. 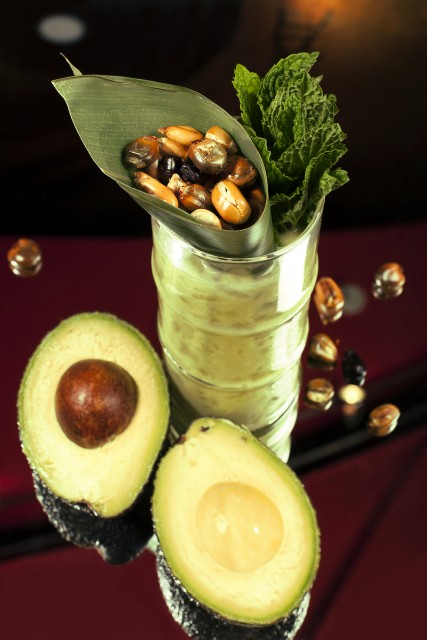 This creamy concoction twists on a Brazilian favourite. Featuring fresh avocado purée swizzled through crushed ice with cachaça, pistachio orgeat and cacao, the cocktail is served long and comes with a cone of maize cancha. 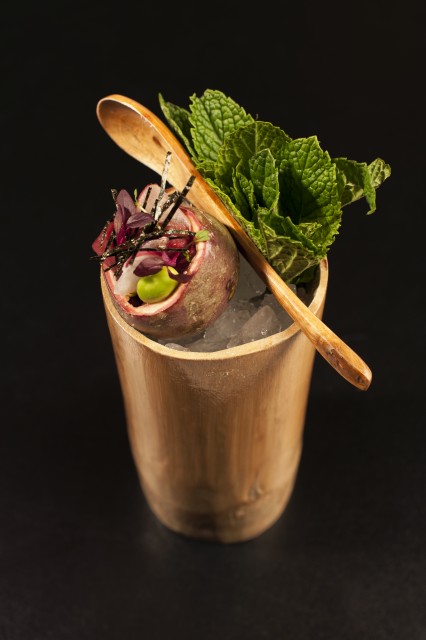 The sweetest cocktail of the line up blends coconut gin with yuzu, passion fruit and a dark chocolate liqueur. To keep things in balance, the cocktail is served with a shot of tuna ceviche with a tamarind and ponzu tiger milk. 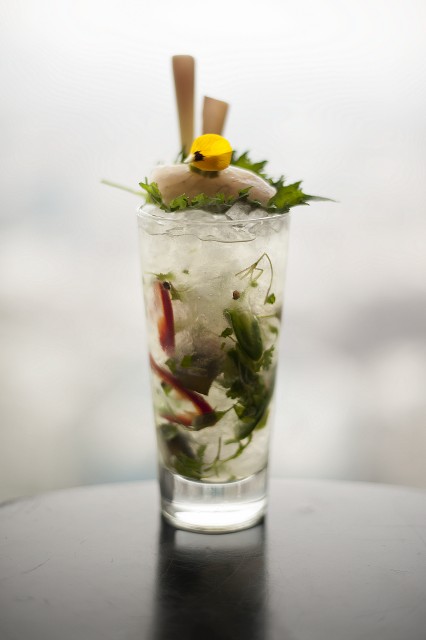 And finally… we’re back to savoury with this fresh, fiery and cooling cocktail that combines coriander, ginger, lime leaf and chili with Reyka vodka and arrives with a tiny turbot nigiri atop a shiso leaf.