Idaho Riesling in a can launched

Following on from the success of Oregon Pinot Noir in a can, an Idaho winery has launched a Riesling in a can aimed at beer fans on the move. 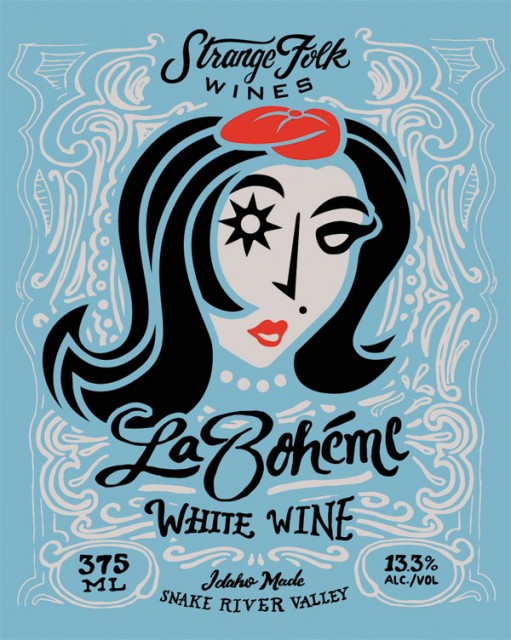 As reported by the Idaho Statesman, the wine is the brainchild of Jed Glavin of Split Rail Winery in Garden City and will be released under the Strange Folk brand.

Marketed in 37.5cl aluminium cans that will retail for US$6, the Riesling grapes that go into La Boheme White were sourced from Sawtooth Vineyards in Nampa.

The same wine, which is said to boast notes of “fresh peach, honeysuckle and ginger” is also sold by the keg, with the winery offering growler fills.

The pale blue cans, sourced from the UK, feature a sketch of a woman in a red beret. The fact that the wine is made from Riesling isn’t mentioned on the can.

“We aren’t advertising it as Riesling because I’m worried about people’s perceptions. When people hear Riesling, they think it’s going to be some sugar bomb,” Glavin told Boise Weekly.

Keen to change consumer perceptions of wine, Glavin was inspired to create a canned wine by Ryan Harms of the Oregon Wine Company, who caused controversy when he launched a Pinot Noir in a can in late 2013.

“We want people to get excited about something new, funky and fun,” said Glavin, who is targeting campers, swimmers, backpackers, festival goers and those keen on outdoor pursuits, with the wine able to be flung into a beer cooler.

Idaho already has a flourishing craft beer scene, and this move by Glavin hints at the continued “beerification” of wine.

Split Rail Winery produces around 800 cases of wine a year. La Boheme is due to go on sale in the US next month in packs of four and six. A Syrah is also in the pipeline.