Jeannie Cho Lee MW has called the counterfeiting of fine wines a “global issue”, not just a Chinese one. 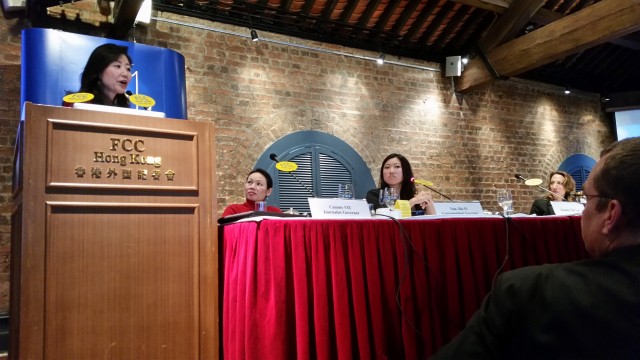 Speaking to both trade and consumers at a seminar on fake wines at the Foreign Correspondents Club yesterday (2 March), Cho Lee stated that wine frauds were a global issue, rather than a China-specific one, citing the high profile cases of Rudy Kurniawan and Hardy Rodenstock, the former recently fined and jailed for 10 years in New York and the latter infamous, among other things, for creating the “Thomas Jefferson” bottles of Lafite.

That being said, on a personal level, she recounted an encounter with a bottle of 1982 Lafite served at a dinner in China, which was closed with a 1981 cork.

She highlighted the following wines where cases of counterfeit had been most popular: large format Bordeaux from vintage 1961 or earlier, pre-1980s Burgundies and any wines by châteaux such as Pétrus, Mouton Rothschild, Lafite, Margaux and Domaine de la Romanée Conti.

The quality of some forgeries also presents a problem. Apart from blatantly obvious copies, an example being “Penfolds” misspelt as “Benfolds” or “Panfoids”, the more sophisticated fakes can only be spotted by a closer examination of the size/condition of the cork, bottle type, screen versus ink press, paper type, fill level versus age and lead versus tin foil and taste profile versus age.

Hong Kong Customs has a hotline for reporting fake wines, but in 2014, they apparently received no reports at all.

Cho Lee rebutted any claim that increasing Chinese ownership of Bordeaux châteaux could lead to deterioration in quality, but stated rather that it should be interpreted as a positive sign, as this would lead to a heightened interest in protecting the authenticity of the wines from the Bordeaux region.  As reported by the drinks business, 100 châteaux in Bordeaux are now owned by Chinese investors.

Recent anti-graft measures in China have led to a reduction in gifting and entertainment budgets, and a stigma surrounding drinking top Bordeaux in China.  Cho Lee said that she had not seen a bottle of Bordeaux brought to a private wine dinner in the past six months in China.

Last year saw a 25% decrease in value and 26% dip in volume for imported Bordeaux in China, confirming the fourth year of decline in a row.

Is it over for Bordeaux in China? Far from it said Cho Lee, China is predominantly a red wine consumer (90% of wine consumption is red), and one third of the French wines imported to China are still from Bordeaux (versus half in Hong Kong).

An average bottle of Bordeaux wine sold in China is around US$5, compared to US$33 for an average price of a Bordeaux bottle sold in Hong Kong.

Predicted to grow at 10%, China will remain a top importer of wines from Bordeaux, but other regions are fast to cash in on China’s red obsession.

DRC is the new Lafite in China, with Burgundy and the Rhône vying for some of Bordeaux’s market share.

Discussing other popular wines in mainland China, Cho Lee noted that Spanish reds have apparently endeared themselves with Chinese drinkers for the accessible and less dry style and obvious oak.  Chile has also enjoyed stellar growth.

Italy continues to grow at the top end of Bordeaux-style Super Tuscan and the low end of entry level Pinot Grigio and Chianti, but languishes at the mid-market. Australia and US are also strong contenders for market share in China.

The growth in white wine consumption can be expected at more urbane cities in China, but Cho Lee does not see its popularity spreading to the inland provinces any time soon.

As to wine made in China, Cho Lee praised the high quality wines from inland Gansu, Xinjiang and Ningxia that she had tasted, and said that their increasing quality could eventually topple the dominance of traditional winemaking heartland of Shandong. However, she could not see a wine made in China competing in the international fine wine market in the next five years. But there are very promising signs and wine lovers should remain open-minded.