Bibendum has launched a nine-strong range of wines on tap designed for use in restaurants and bars due to increasing demand from consumers. 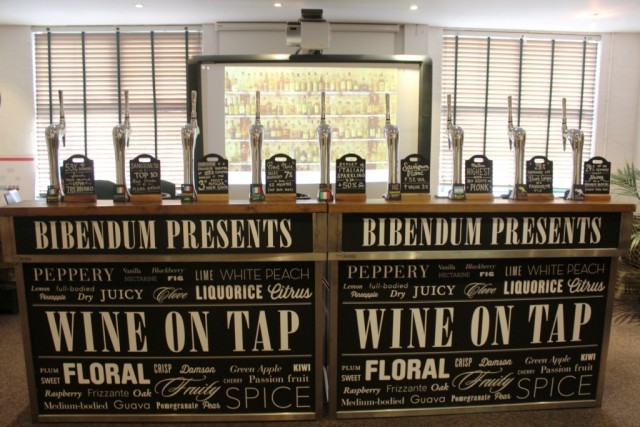 On sale next month, the range includes a Frizzante, Pinot Grigio, Sauvignon Blanc, Pinot Noir and Malbec. Keg wines are already thriving in the US, with the number of on-trade venues selling wine on tap in America mushrooming by 68% last year.

Early adopters in London have been casual dining venues such as Vinoteca, Pizza Pilgrims, Flesh and Buns, Rex & Mariano, Homeslice Pizza and Tozi.

Selected and sourced by the Bibendum team, the keg range has been chosen to reflect consumer drinking habits.

According to Bibendum, during the course of its lifetime, a single keg reduces the wine’s carbon footprint by 96% compared with traditional glass bottles.

“There’s a real buzz around keg wine and we are the only supplier currently offering such a wide selection of quality wines in this format,” said Andrew Shaw, buying director for the Bibendum PLB Group.

“It was important to us that we found the right wines and the right storage options before we went full steam ahead,” he added.

Mark Riley, sales director at Bibendum said: “Towards the latter half of last year, we saw demand for keg wine increase dramatically. Launching our own range therefore, was a no brainer.

“They offer a bit of fun and theatre to the traditional wine serve as well as a greener shipping and storage alternative.”

The Italian Sangiovese and New Zealand Sauvignon Blanc will be on pour at Twickenham for the remainder of the Six Nations Championship via Bibendum PLB’s Wondering Wine Company.

Earlier this year, db predicted that the keg format would finally take off in the UK this year, though the trend in the UK for illegally selling Prosecco on tap has irked producers in the region, a theme that will be explored in the March issue of The Drinks Business.