‘Beer for That’ in summer push

“There’s a Beer for That”, the campaign urging the UK trade and consumers to push different beer styles for different occasions, will make a big presence across social media, cinema and TV this summer. 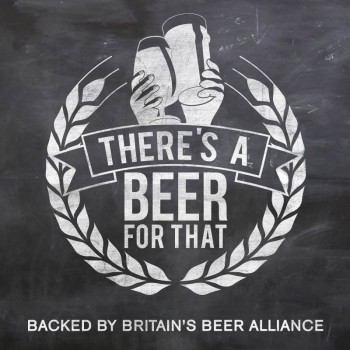 Pledging a £5 million investment for this calendar year, the campaign will repeat its 30 and 60 second commercial – directed by Michael Winterbottom –shown across several TV channels in June and July, plus more activities across social media platforms such as Twitter.

Following the launch of the campaign in October last year, which saw its commercial launched during the series premier of Downton Abbey on ITV, this summer will see the advert also played in UK cinemas ahead of the season’s Blockbuster films.

Backed by some of the UK’s biggest brewers including Carlsberg UK, AB InBev, Molson Coors and SAB Miller, There’s a Beer for That has reached 14 million people according to the programme director David Cunningham.

Cunningham, who spoke to db after he made the announcement at the Society of Independent Brewers (SIBA) BeerX conference in Sheffield, England, said that there is “still much to be done” to get consumers thinking differently about beer, but that the “heavier weight” of this summer’s push will help.

“It’s about having a conversation with the consumer,” he said, “and we’re doing that through our presence on Twitter with the Beer Match hashtag and point-of-purchase.”

“What the advert will do is inspire a change in the minds of beer drinkers, and the presence on social media will help them act on that change. Right now, most consumers agree that different beers can pair well with different food, but are reluctant to put it into practise,” he said.