Barrel of whisky on sale for £1 million

A Scotch whisky distillery has put its first barrel of whisky produced in nearly a century on the market for £1 million. 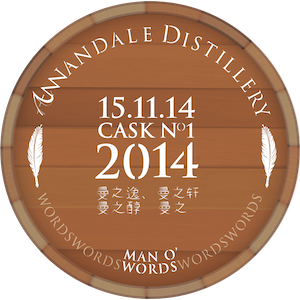 The reborn Annandale Distillery in Dumfriesshire is the first Scots whisky distillery to have ever put its first cask up for sale, as reported by The Scotsman.

Professor David Thomson, the owner of the distillery, said: “The rebirth of Annandale Distillery has put the town of Annan firmly on the map as a tourist destination, we expect to receive 50 000 visitors per annum. With its unique heritage and links to Robert Burns and Robert The Bruce, Annandale Distillery has gained a strong Chinese following. Never before has the first cask produced by a distillery been offered for sale. The price tag is high, reflecting that this is a once in a lifetime opportunity for someone to become a part of Scottish history and to own the Scottish whisky industry~s most valuable cask.”

The Annandale Distillery, established in 1836, was formerly used to produce Johnnie Walker whisky until 1918. In 2014, the distillery underwent a £10.5 million restoration project putting it back into production with a single malt Scotch whisky after nearly a century.

Today, the distillery produces two styles of whisky which both honour two of Scotland’s most iconic figures. Barrels one to 38, which includes the £1m barrel, are filled with “Man o’ Words”, a fruity, non-peaty expression, inspired by Scotland’s national bard, Robert Burns. The whisky is said to be “complex, smooth and mellow, and flows off the tongue like one of Burns’ poems.”

Barrels 40 to 75 meanwhile are filled with “Man o’ Sword”, a smoky, peaty expression inspired by Scotland’s most famous warrior king and 7th Earl of Annandale Robert the Bruce.