Dawn of the Red, Ninkasi Brewing Co, Eugene, Oregon, US 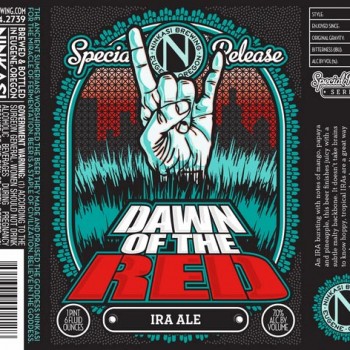 Jim Vorel writes in Paste Magazine on this amber pour: “This is easy-drinking, malt-driven beer, with a very clean, crisp grain character and a hint of crystal sweetness, backed up by lightly fruity hops. It stays quite dry, all things considered, which raises the drinkability even more.

“Bitterness is medium-low, right in line with the volume of flavours. If you’re looking for a well-balanced IPA with no shortage of malt and tropical hop flavors that won’t hit you over the head, this would be your beer. It will be a new year-rounder for the brewery starting in February.”

Matt Kresconko writes in the Buffalo News on this beer that’s perfect for sharing, saying: “Milk chocolate and light coffee notes dominate the aroma, along with a faint smokiness and mild, alcohol-induced warmth.

“The sponge candy aspect of this beer comes through in the beginning of the sip. A distinct sweetness, like burnt sugar, starts on the front end, followed by a wave of dark chocolate, and finally the bitterness of roasted coffee beans lingers in the finish.

“The beauty of this beer lies in the use of roasted malts to balance the sweetness that strikes with the first sip. The residual sugars are tamed by the bitter roasted malts, like sipping on coffee alongside a decadent dessert. Its full body and moderate carbonation lend a velvety mouthfeel well suited for a beer of its size.

“At 10 percent ABV, it’s nice that Resurgence chose to bottle this offering. It’s an excellent bottle to share with a friend at home, or split four ways with your after dinner dessert. Or better yet, substitute this beer in as your dessert.” 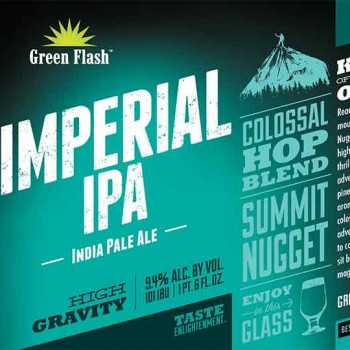 Edward Sieger, of the Lehigh Valley Live, covering news between New York and Philadelphia, writes on this unique IPA.

He says: “Green Flash Imperial IPA has an earthier hops quality to it; dare I say a somewhat resin-like quality in its piney hoppiness.

“And the aroma and flavour definitely lean toward pineapple, rather than grapefruit, a subtle yet important distinction. It lends to the beer’s more piney, than citrusy hop qualities.

“The body is not what I would call crisp. It seems just a touch heavier on the palate and coats the tongue more than other IPAs I’ve consumed.

“Keep in mind, however, that is not a criticism in any way, but rather an observation about the nuanced varieties of IPA.

Natasha Gardner at Denver magazine 5280 writes on this beer that she chose to accompany her for the Super Bowl last week.

She writes, “The brewery specializes in German-styles, and it even uses a brewing system imported from Deutschland.

“This maple-syrup colored brew weighs in at just 5 percent, but packs a wallop of caramel-y goodness. In other words, it will be a perfect pairing for my game day feast.

“Altbier is developed in the Western part of Germany and tend to share characteristics with brown ales. This version, though, boasts a dry, hoppy finish that is the perfect nod to Colorado.” 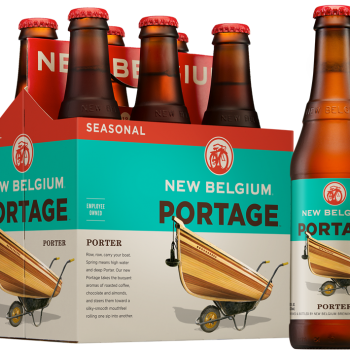 Back to Paste Magazine for Graham Averill’s take on this classic porter. He writes: “New Belgium’s new Portage Porter is an excellent example of the style. It has a rich, malty flavour with hints of milk chocolate up front followed by roasted nuts on the backend.

“It’s smoky, roasty, malty…exactly what a porter is supposed to be. And nothing else. New Belgium acknowledges that there’s nothing adventurous about this beer.

“No chipotle peppers or weird, Scottish smoked malts, no candied ginger. Just a straight up porter. 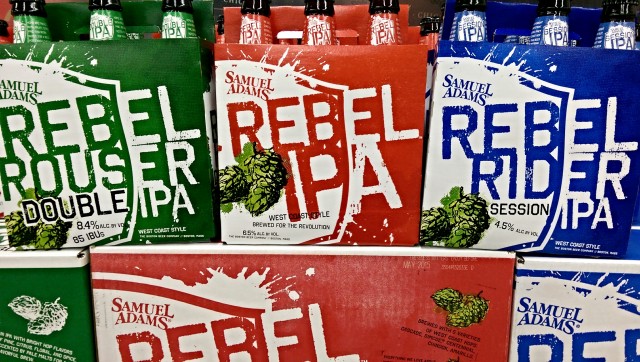 “The aroma of the 6.5% ABV Rebel IPA was mostly pine, but then notes of tangerine and orange from the Amarillo hops came through. I found the latter much more pleasant than pine and grapefruit — perhaps someone could make an ale with just Amarillo?

“The light amber ale was nicely balanced, with a medium carbonation but briskness on the tongue. The grapefruit character was stronger in the flavour than the aroma, with sweet malt kicking in after the initial taste.

“Rebel Rider was more of a dark golden colour than amber, and despite a news release stating the citrus and floral qualities of the hops used, was dominated more by the pine characteristics of the hops. After starting off with the regular Rebel, I missed its extra malt.

“The 8.4% ABV Rebel Rouser Double IPA was a very different experience. Yes, it still had the lingering bitterness and harshness, but the higher malt content helped balance out those aspects and it was the smoothest of the three IPAs.” 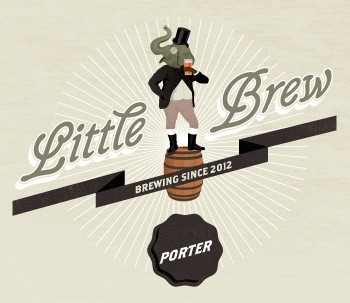 Michael Bates takes to his Beer of the Week column in the York Press to write on this small-brewery offer that’s making big waves.

He writes, “Extra Porter is, at just shy of six per cent, the brewery’s strongest offering in bottle. Pouring deep walnut brown with a mid-amber edge, the head is thin, compact, and almost pure white.

“A classic British hop character lies beneath the surface, with moist earth pairing with a developing liquorice sourness that contrasts the fudge-sweet finish delightfully.” 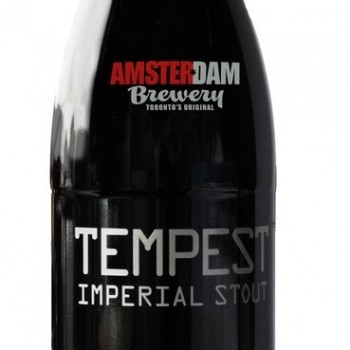 Beppi Crossariol writes in Canada’s Globe and Mail on this tempestuous, but delicious, dark imperial stout. He writes:

“Gloomy name: Tempest. And this seasonal brew is black as gloppy crude oil, with 9-per-cent alcohol, no less.

“But, oh, what a welcome storm in the glass, with its heady, thick, tan foam. Rich and creamy and anything but terrifying, it comes across with a fine balance of sweet malt and hoppy bitter elements.

“With flavours suggesting chocolate, dark-roast coffee and marinated cherries, it’s like a bottled box of Pot of Gold.”

With another review from Crossariol, this time he writes on a premium pour from popular brewery Kirin Ichiban.

He writes, “The texture’s the main attraction in this popular big Japanese beer, a staple at sushi joints from Vancouver to Tokyo.

“It’s creamy and pours with an admirably foamy head atop its pale-blond hue, more than one has come to expect from industrial-scale lagers.

“It’s also made entirely with barley malt, not the “filler” rice- and corn-based ingredients of the large brands. Light in body, it strikes a bready, wheat-grain cereal note, dry and refreshing.”

City of the Dead, Modern Times, San Diego, California, US 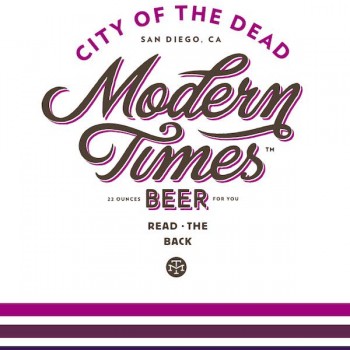 He writes, “City of the Dead delivers all of the flavours and aromas you want out of a barrel-aged stout, but leaves that telltale boozy burn behind.

“The beer pours black with a creamy light-brown head, but it’s not overly viscous. Aromas of coffee, vanilla, charred oak and bitter chocolate waft up from the glass and the flavor falls along the same lines, with the bitter chocolate becoming more pronounced as the beer warms.

“At only 7.5% alcohol, this is a great way to get the barrel-aged stout experience without a double-digit ABV dragging you down.

“By McKean’s [the head brewer] estimation, Modern Times is the only brewery making beer with barrel-aged coffee beans, but with results like this, imitators are sure to be close behind.”