Top beers in the world press 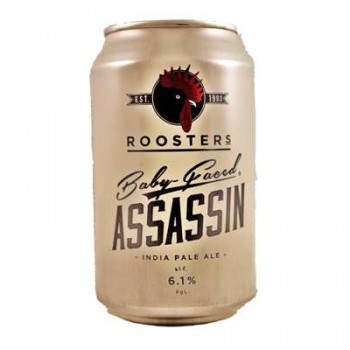 Michael Bates, beer reviewer at the York Press, is hopping with joy at the news of this citra-hopped IPA is now being available in 330ml cans, “brewed and filled on site to keep everything fresh and fragrant, and it really pays off for this beer.”

He writes, “Pouring brassy gold with a loose white head, the aroma is dominated by pineapple juice and the almost pheromone-laden headiness of mangoes. Orange juice and pears provide sharpness and delicacy respectively, and while this might read like some sort of insane hop-juice monstrosity, Baby Faced Assassin maintains its clarity throughout. Crisp, clean, and refreshing despite its complexity.

“This delicacy and restraint follows through to the flavour, with almond paste and green peppercorns providing a spicy, aromatic base on which layers of developing mango and passion fruit flavour are built. An even, balanced bitterness rises with bramble fruitiness, cut grass, and marzipan holding together a perfectly executed sessionable IPA.

“In short, somewhere between an American pale ale and drinking sorbet; extremely refreshing, fruity, and accessible all at once.” 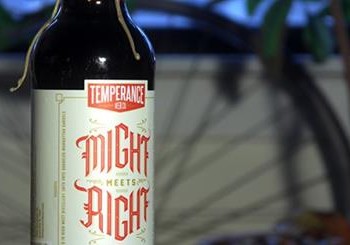 Philip Montoro takes to a in the Chicago Reader to write about this expensive Illinois brew. He writes, “The beer’s aroma tilts toward dessert: black cherry, dark chocolate cake, burnt caramel flan, black coffee with chicory.

“I was half expecting the manhattan Might Meets Right to taste much more aggressively bitter than it smells, given how often that happens with this species of stout,” he continues. “But nope. It’s lush and sticky, with a lovely zing of carbonation that keeps it from cloying.

“Milk chocolate and vanilla come through strongly, along with roasty, sugary espresso and something densely fruity, like dried figs and dates. The note that I’d identified as cherry in the aroma comes across more like raspberry here. The booze is prominent, with a bit of an herbal bite, but it’s not hot.

“In short, though it’s sure to be too sweet for some tastes, this is a damn tasty beer. But is it worth $20 (or more) for a bottle? I suspect that will depend largely on how much money you have.”

USA Today’s resident “Beer Man” Todd Haefer relishes his time spent sampling this winter warmer. He writes, “Boulder’s Killer Penguin started out with a healthy half-inch, tan-colored creamy head that immediately left thick lacing in the glass and stayed throughout the sampling. The copper-colored body of the barleywine was crystal clear with red highlights and effervescent bubbles cascaded upwards in the glass. Truly a thing of beauty.

“The hops were forward in the aroma at first when the ale was poured at refrigerator temperature into my goblet, but raisin-date and caramel malt aromas became more noticeable as it warmed up.

“Despite the use of American hops such as Willamette and Cascade, I found the hop flavors and aromas lacked the typical pine-grapefruit characteristics and leaned more toward citrus and spicy. As the 10% ABV beer warmed up, the peppery spiciness became more pronounced.

“The taste mirrored the aroma, with the dark fruit and caramel malts being prominent. A slight yeast bite in the background added pleasant variety to the other flavors. There was some initial sweetness from the malt and a creamy mouthfeel that was quickly diminished by a dry, hoppy bitter finish.”

Second Self’s Valentine’s Day special release, Bleeding Heart is a variant of a longer-running “Heart” series from the Georgia brewer. And Jim Vorel of Paste Magazine is pleased with this particular instalment, although not for the reasons Second Self might have expected.

He writes, “The beer pours an appropriately pretty reddish hue, with a base that owner Jason Santamaria explained was essentially a classic American amber ale, which was then treated with cacao nibs and Madagascar vanilla beans. It almost does smell a little bit “cakey,” with light vanilla that one might not immediately note if you didn’t know it was a featured component. Cocoa, on the other hand, is more difficult to pick up, but there’s another pleasant spice note working—almost a bit of gingerbread cookie.

“The flavour, on the other hand, is where things diverge further from the “red velvet” concept. The vanilla is definitely there, but cocoa is the most difficult of the elements to identify. What does come through instead is a very intriguing, unexpected orange or lemon zest note that, coupled with the vanilla, reminds us of orange cream soda. It’s mildly sweet, citrus zesty and almost kind of refreshing. In short—not at all what we were honestly expecting, but enjoyable nonetheless.” 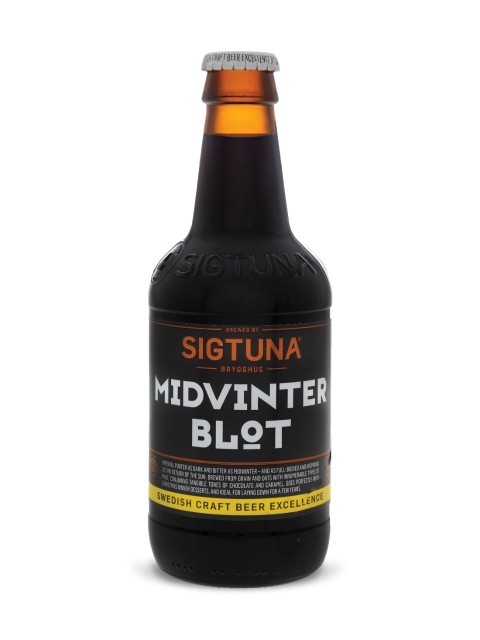 Beppi Crosariol, beer reviewer at Canada’s Globe and Mail, takes a look at this unique Scandinavian brew. He writes, “Packaged in a cute little stubby bottle, this bold, dark imperial porter is named after a pagan sacrifice to the Norse gods celebrated in a winter festival. Around this time of year, Canadians certainly know the meaning of midwinter sacrifice.

“It’s cold out there, just the sort of weather that renders this heartwarming, 8-per-cent-alcohol brew from Sweden’s Sigtuna brewery especially welcome. Ebony-dark, with surprisingly not much head, it’s sweeter than your average porter and hides the alcohol well, with ample dried-fruit character doing a pagan dance with strong black coffee, bitter chocolate and vanilla. 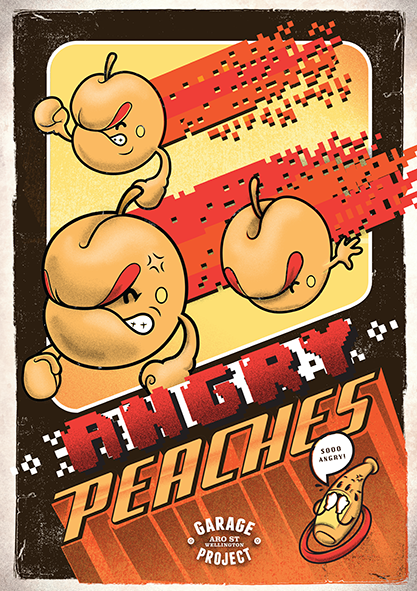 Paul Croucher, writing for the New Zealand Herald, enthuses about this American-style pale ale that features “generous additions of rare American Amarillo hops both late in the boil and in the conditioning tanks to produce a profound peachy aroma.

“The fruit is approachable and while the bitterness is high it is kept in check with outstanding balance.

“So, if you’re looking to check out something quirky, approachable, delicious and rare, have a look at Garage Project’s Angry Peaches IPA in can.” 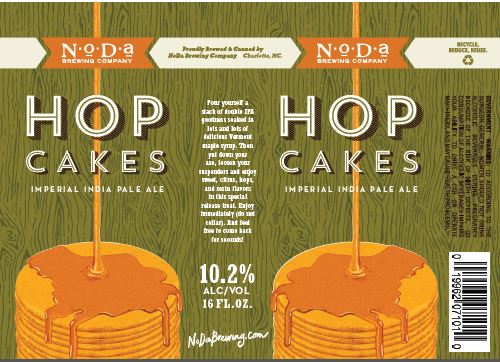 And finally, returning back to the ever-present Paste Magazine, Daniel Hartis’s choice this week is a maple syrup-infused brew that still packs a hoppy punch. He writes, “The can design features the same fun, retro look that has characterised the rest of the brewery’s cans. From this vessel pours a pint of bright, goldish-amber liquid – not unlike maple syrup itself.

“Hop Cakes is not nearly so viscous, but in the realm of double IPAs, it does land on the more full-bodied side. Usually double IPAs in that category are sweet with a big, malty backbone, but that’s not the case here. Despite its 10.2% ABV, the beer is fairly dry and goes down a bit more easily than a beer of such high-gravity should.

“That being said, you can detect a bit of alcohol heat, but it’s hidden behind an onslaught of hops that offer up notes of pine, bitter orange peel, and sweet tropical fruits. And the maple syrup?

“The brewery used a total of 660 pounds of pure, organic maple syrup in its 90 barrels of Hop Cakes. But if I didn’t know that tidbit, I doubt I could have picked it out. There is something sweet and almost earthy in the finish, and perhaps that’s the kiss that all that syrup imparts.”