Auspiciously born in one of the most revered Bordeaux vintages in recent history – 1947 – before entering the wine world, Robert M. Parker Jr worked for a decade as an attorney in Baltimore, leaving law in 1984 to become a full-time wine writer. 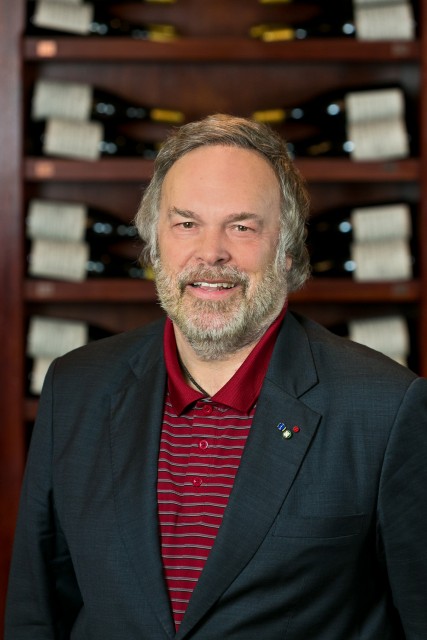 His passion for wine was ignited in the late ‘60s during a visit to Alsace, which spurred him to produce his own consumer wine guide. The first issue of The Wine Advocate was sent out in 1978 free of charge to fewer than 600 people from mailing lists bought from major wine retailers. Today, TWA has over 50,000 subscribers in 37 countries.

Described in a 1999 Los Angeles Times profile piece as “the most powerful critic of any kind, anywhere,” Parker made an early call on the 1982 vintage, which did much to propel him into the limelight as the go-to Bordeaux critic. Having become popular for his 100-point scale, which is still slavishly followed, during the ‘90s and early noughties his influence over the wine world was so great, certain winemakers were accused of making wines to deliberately suit his palate, which favours bold, rich, ripe flavours.

In 2001 Parker’s nose and palate were allegedly insured for US$1m. In late 2012, he sold a major stake in TWA to Singaporean investors for a reported $15m and stepped down as editor-in-chief, appointing Lisa Perrotti-Brown MW as his successor. Parker continues to cover Bordeaux and northern California for TWA and erobertparker.com, and heads to London this month where he will host a press conference on 25 February with his TWA colleagues and new owner Soo Hoo Khoon Peng. He lives Maryland with his wife Patricia, daughter Maia, and troop of basset hounds and English bulldogs.

Great wines, great cuisine and dear friends together at the table.

Which living person do you most admire?

Truffles, both black and white, baby eels and tuna belly.

What is the quality you most like in a woman?

A beautiful smile, a sense of humor, and a reserved sensuality.

What words or phrases do you most overuse?

Who or what is the greatest love of your life?

My wife of 46 years, Patricia.

I have been blessed with good fortune and lots of happiness, so always.

If you could change one thing about yourself what would it be?

Being the only wine critic to ever receive the highest civilian merit awards from the President of France, President of Italy and King of Spain.

Where I do now, and have most of my life, the countryside of Monkton, Maryland.

My wife and daughter, then a handful of dear friends.

The failure to properly acknowledge everyone from my parents to schoolmates and professional acquaintances who have been kind and generous to me.

Who would be your ideal dinner party guests and what three wines would you serve?

I’d gather together a group of political heavyweights in the form of Thomas Jefferson, Abraham Lincoln and Winston Churchill. I’d tailor my wines to the guests, serving Jefferson a bottle of 2012 Chapoutier Ermitage l’Ermite, Lincoln a 1978 Guigal Côte Rôtie La Mouline and Churchill a 2002 Sine Qua Non Syrah Just For The Love Of It. All three wines would be poured from magnum.