Tesco has appointed Dixons Carphone deputy chairman John Allan to lead its board of directors after the departure of Richard Broadbent. 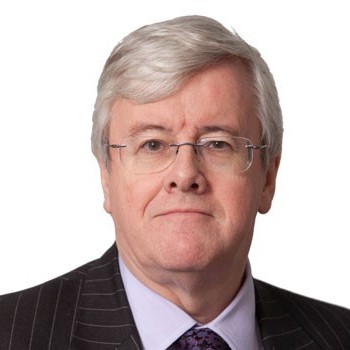 After months of the retailer pledging store closures, shelving new developments, ramping up price cuts and announcing plans to slash up to 9,000 jobs, the new chairman is being drafted in to lead the beleaguered company into steadier times.

However, the lack of grocery retail experience at the head of the company has been criticised by commentators. Allan’s only experience in the food sector was 30 years ago when he was head of marketing, buying and store operations at the now defunct UK retailer Fine Fare. Tesco’s chief executive Dave Lewis has never run a retailer before, being drafted in from pharmaceuticals firm Unilever a few months ago.

It was widely expected that Tesco would hire current ITV chairman Archie Norman. Norman had the backing of Tesco shareholders impressed by his experience at rival retailer Asda in the 1990s, and his current role on the board of Australian chain Coles.

Clive Black, a retail analyst at Shore Capital, told the Guardian: “A proper win-win would have been someone like Archie Norman who has been in a turnaround and known the industry for years. Investors would have taken comfort from that.”

Despite this, departing chairman Richard Broadbent gave his approval. He said, “I am delighted that John has agreed to join us and take on the role of chairman of the board. I am sure that his wide expertise, his experience and his personal qualities will contribute greatly to the future of the group.”

Patrick Cescau, senior independent director, said: “Following a deep and thorough process run by a committee of independent non-executive directors, the board unanimously agreed that John Allan was the right candidate to chair Tesco at this important time.”

Allan will officially take up his role on March 1, at which time he will leave the board of Dixons Carphone and step down from several other companies in which he has a role, including Royal Mail as board member and Alix Partners as senior adviser.

He will leave the chair of DHL UK Foundation once a replacement is found, but will continue in the role at companies Barratt Developments and WorldPay.

Commenting, Allan said: “I’m very pleased to be taking on this role at such a critical moment for the business and look forward to working with the new executive team and the board.”