Embattled supermarket Tesco has agreed to pay its former CEO and CFO over £2 million in “damages” after they stepped down in October following the company’s profit scandal. 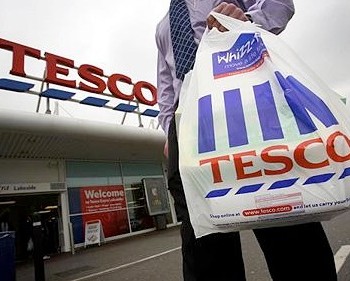 The “liquidated damages” that were “contractually due” to former CEO Philip Clarke amount to £1,217,000. Former CFO Laurie McIlwee is to receive £970,880.

Tesco announced in its interim results in December that it would be suspending these payments given a Serious Fraud Office (SFO) investigation into the company following its £263m profit overestimation in October.

However, mitigating today’s announcement, a Tesco spokesperson made clear that the company is “contractually committed to make the relevant payment to each former director unless it can legally establish a case of gross misconduct against him.”

Tesco said, “The company has taken legal advice and has concluded that it does not have the basis for continuing to withhold the payments. Accordingly, the board considers that defending costly claims for the payments would not be in the company’s best interests.”

Highlighting the SFO investigation, Tesco said, “If new information were to come to light which would change this assessment, the company will pursue recovery of the payments and damages and has fully reserved all its legal rights in this respect.”