In what could be the most bizarre Kickstarter campaign in memory, a US entrepreneur is attempting to raise $70,000 to launch a strap-on booze-filled newborn that you can drink from. 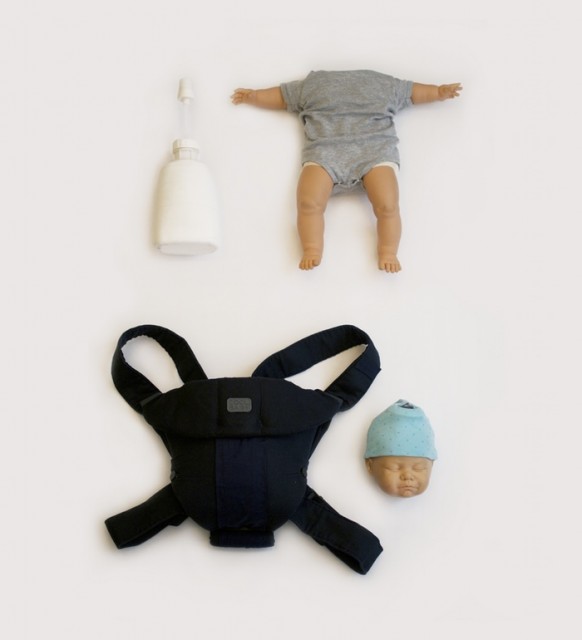 Described as an “expressive, customizable, hands-free beverage insulator that looks like a baby”, the “Cool Baby” makes drinking in public “adorable”, according to its inventor, Brooklyn-based Simon Philion.

While there is a market for objects that conceal alcohol, this has to be one of the strangest of disguises.

Announcing the project on his Kickstarter page, Philion said: “Dress it up to look like you, like someone else, like a part of a costume, like a fan of your team. Use it to get a seat on the subway, strike up a conversation, or mock a biological baby. Whatever you do with it, The Cool Baby is a fun, expressive, hands-free beverage insulator for a wide variety of occasions.”

The semi-realistic baby can be pulled apart and has a hatch on its bottom that houses a 36oz. drinks container which attaches to a straw that extends through its body, allowing you to drink through its skull.

Philion says that he has already sourced an agent and has factories in place to manufacture more the cool babies once the project is funded.

“The reason my funding goal is a little high is because I might have to use up to three factories to get everything I need into this one product”, he said. “I’m finding that manufacturing is fascinatingly not-straight-forward.”