Sharp’s aims to ‘bring back adventure’

Cornish brewer Sharp’s has launched its latest UK campaign, which will allow its fans to win “adventures” with sporting figures.

Dubbed “There’s an Adventure Brewing”, the campaign is the biggest to date for the brewer, as it teams up with sporting celebrities like England rugby World Cup winner Phil Vickery to offer the public “the chance to join them on their next big adventure”.

Specific details of the different prizes will be released throughout 2015, but a statement by Sharp’s hints at an Atlantic rower, a surfer and a Michelin-starred chef being involved as “ambassadors” for the campaign.

However, the first “adventure” is one designed solely for beer fans, as it offers members of the public the chance to join Sharp’s director of brewing Stuart Howe in creating a personalised brew.

Winners of this first competition will join Howe at the Sharp’s brewery, “where they’ll learn the art of craft brewing, working through their own ideas to bring to life their perfect taste profile”. 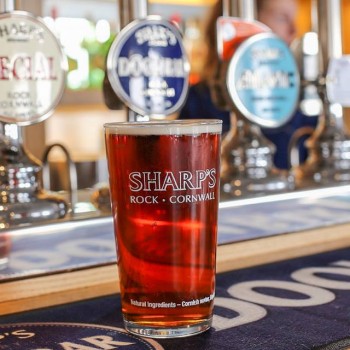 Their beer will also be made available as a limited edition offering across selected pubs and bars, as well as the Sharp’s shop.

Commenting on the campaign, Howe said, “Being based on the Cornwall Atlantic coast, adventure is part of our everyday lives at Sharp’s – whether it’s surfing, rowing, or living out our passion to create new and exciting beers.

“We have a really special energy here in Cornwall, and wanted to bring that vitality to the rest of the UK.”

Consumers are advised to check the Sharp’s social media profiles for updates and information.