Austrian energy drinks firm Red Bull is suing a start-up brewery called the Old Ox in North Virginia on the basis that “an ox is a castrated bull”,  and its name therefore infringes its own trademark. 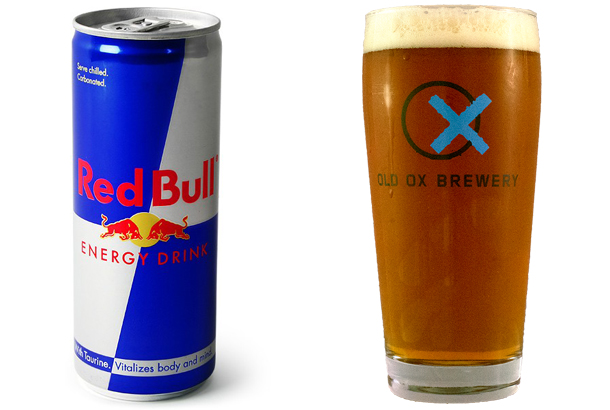 The Old Ox Brewery in Ashburn, Virginia, opened in June 2014, and plans to produce a modest 2,500 barrels in its first year, as reported by the Washington Post. However before it even went into production the company received a letter from Red Bull stating that it was unhappy with its application for a trademark of its name and logo, which at the time was scripted in the shape of a bull’s head. They also objected to the slogan the brewery was using, which was “No Bull Beer.”

While the company has changed its logo to a less assuming design and promised not to make energy drinks, it has not ruled out eventually producing soft drinks, such as root beer. As such Red Bull has persisted in its attempt to force the brewery to change its name, claiming an Ox is too closely related to a bull.

As one of Red Bull’s most recent legal filings points out: “An “ox” and a “bull” both fall within the same class of ‘bovine’ animals and are virtually indistinguishable to most consumers. In addition, an ox is a castrated bull.”

In response Chris Burns, president of the Old Ox Brewery, has posted a letter to Red Bull on the brewery’s website in which he calls the company “extremely uncool” asking “do you claim exclusive rights to all things bovine?”

“We’re family-run, we love beer, and we love our community”, the letter read. “For reasons that we cannot understand, you have attempted to strong arm us into changing our identity for the last 10 months because you believe folks might mistake Old Ox beer for Red Bull energy drinks. We respectfully disagree. The only similarity between our two products is that they are both liquids. You make non-alcoholic (but very extreme) energy drinks. We make delicious (but laid-back) beer. Our consumers are looking for two distinctly different experiences from our respective products.

“Basically you are holding us hostage with a list of demands that, if agreed to, would severely limit our ability to use our brand. Demands like, never use the color red, silver or blue; never use red with any bovine term or image; and never produce soft drinks. Do you own the color red? What about fuchsia, scarlet, crimson, or mauve? Are you planting your flag in the color wheel and claiming those shades for Red Bull? Do you claim exclusive rights to all things bovine? Do you plan to herd all heifers, cows, yaks, buffalo, bison, and steer into your intellectual property corral, too?”

This isn’t the first time Red Bull has objected to a brewery’s name and logo. In 2013 the energy drink maker challenged the trademark of England’s Redwell microbrewery, claiming consumers could confuse “Redwell” and “Red Bull.” That dispute was settled after Redwell promised not to make energy drinks.

Commenting on Red Bull’s decision to launch legal action against the Ox Brewery, Sharon Daboul, trademark attorney at EIP, said: “Red Bull’s complaints are directed on use of the term Bull (or another member of the bovine family) or an image of a bull, particularly in combination with the colours red, blue or silver, which appear on the famous cans. In terms of products, it is mainly looking to clear the non- or low- alcoholic and energy drinks sectors of any potentially conflicting brands. In this instance, Old Ox Brewery was not prepared to commit to ruling out the production of soft drinks and that is why the dispute appears to have escalated.”

She added: “We have seen a lot of Red Bull actively enforcing its trademark registrations against smaller businesses, in what some may call “David vs Goliath” battles.  Having a strict trademark enforcement policy helps the Red Bull brand to stand out in the beverages sector, and also indicates to competitors that any possible attempt to “ride on the coat-tails” of their well-known trademarks is going to result in a harsh, no-nonsense response.”