Chianti Classico producer Querciabella has launched its first Riserva wine since the 1999 vintage drawing on its knowledge of site selection that has been learnt in the intervening years. 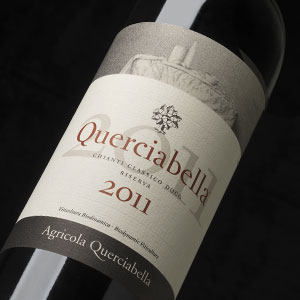 The 2011 vintage Riserva is said to represent “the highest tier of site selection and winemaking in Chianti Classico”. Since 1999, the estate has been looking into Sangiovese and site selection to “harness the greatness” of the grape.

A series of single-vineyard bottlings is to be released later this year.

A blend of wines from three of Querciabella’s top vineyards in Greve, Radda and Gaiole, only 10,000 bottles of the Riserva have been produced and the wine will only have a limited release outside of Italy.

Nonetheless, the estate said the wine is, “seen as a way of sharing the fruits of Querciabella’s cru exploration efforts with a slightly wider audience, since the estate’s single-vineyard bottlings, set for release later this year, will be sold on a strict allocation basis.”

Initial tastings from the likes of Daniele Cernilli of Gambero Rosso, called the wine “great”, “refined” and “well-supported” by acidity.

Winemaker, Manfred Ing, commented: “The freshness in the Riserva is due to the beautiful natural acidity from our vineyards,” adding that the growing season in 2011 had helped produce smaller, more concentrated fruit. He said: “The fruit had everything to give in this vintage,” says Ing, “we only had to point it in the right direction.”

The wine will be presented by Querciabella at the Chianti Classico Riserva 2011 anteprima in Florence this month and then at ProWein, Vinitaly and Vinexpo throughout the spring and early summer.