LVMH wine and spirits suffer in 2014

Luxury producer LVMH has posted a 16% drop in profits and a 5% drop in revenue for its wine and spirits division in 2014, blaming the Chinese Cognac downturn.

Wine and spirits was the only LVMH division to suffer a drop in revenue for 2014, but other areas of the business also witnessed falls in operating profit.

Accounting for changes in currency rates and the structure of the business, the wines and spirits business group recorded a decrease in organic revenue of 3% in 2014. 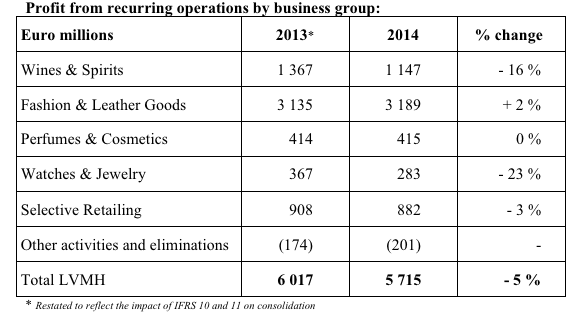 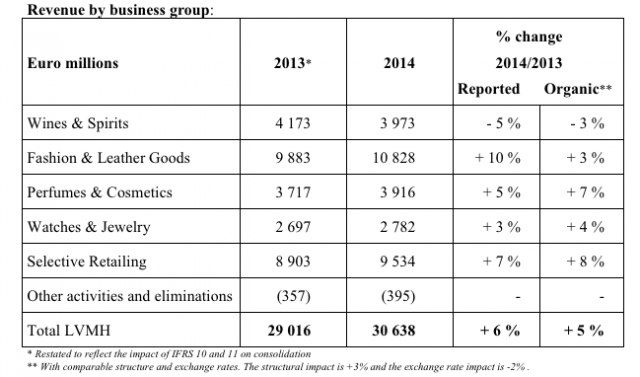 The company said in a statement, “This situation is essentially explained by the evolution of cognac in China linked to the continued destocking by distributors.”

However, Hennessy performed well in the US, whole other spirits Glenmorangie and Belvedere “continue their development”. As for Champagne, the American and Asian markets “benefited from strong demand” according to LVMH.

Bernard Arnault, Chairman and CEO of LVMH, said, “In an uncertain economic environment, we can rely on the desirability of our brands and the agility of our teams to further strengthen our leadership in the world of high quality products.”