Jackson Family Wines has expressed confidence that South Africa can crack the US market as the producer prepares to release its first wine from the Cape later this year. 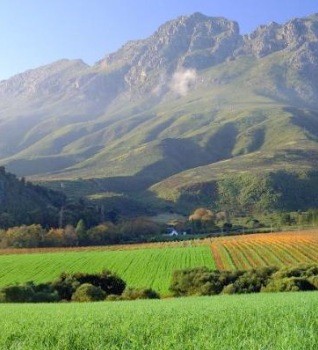 2014 saw the California-based company, whose vineyard holdings extend to Oregon, Australia, Italy and France, buy Fijnbosch Farm near Stellenbosch in a joint venture with Anthony Beck of Graham Beck winery.

The acquisition allowed Jackson to secure the supply of grapes it had been buying from the estate since 2013 after former owners the Engelage family decided to sell the property.

“It all happened pretty quickly,” said Graham Weerts, winemaker for Jackson’s estates across South Africa, California and Oregon. “What [chairman] Barbara Banke believes in is securing and owning your own fruit. We would have lost one of our key vineyard sources.”

Later this year the company plans to launch a Chardonnay called Capensis, which will retail in the US for about $80 and sit within Jackson’s top tier Spire Collection alongside wines such as Verité, Cardinale and Lokoya.

“We’re trying to make a bold statement,” Weerts, himself a South African, told the drinks business. “With our international projects we’re looking for the top end jewels, not a mass market business – we’ve got that in California with the Kendall Jackson range.”

As for the prospect of selling a high-end South African wine in a relatively embryonic market for this country – according to SAWIS, last year’s total bottled exports from South Africa to the US were below 10 million litres – Weerts insisted: “We wouldn’t have invested in the project if we didn’t think it had potential. South Africa hasn’t made a huge impact in the US yet but in our view it’s very much a ‘yet’ scenario.”

However, he also stressed the “worldwide” positioning of this new offer, outlining: “We want to establish ourselves as a very credible organisation here in the country of origin so we’ll be selling a fair chunk of the wine locally, but also to markets globally through our international sales team.”

Looking ahead, Weerts outlined a programme to pull up the estate’s 7 hectares of Cabernet Sauvignon and replace them with Chardonnay. “We feel this site really lends itself to world class Chardonnay,” he remarked.

As for the prospect of Jackson expanding its stake in South Africa, Weerts confirmed that there had been preliminary discussions with Beck on this subject. “There’s potential for that extension but we’re a little perturbed about where we’d go and which variety we’d focus on,” he commented.

“I’m a firm believer in classics but do we decide to go into the blending world? We don’t know yet. It would be very specific site.”

Suggesting that any move of this nature would be “a couple of years down the road, “ Weerts concluded: “We really want to establish our Chardonnay now as a world class wine.“

An in-depth look at the rise and impact of foreign investment in South Africa’s wine industry will appear in the drinks business’ March issue.