While Italian wines can’t quite match the presence of French favourites in Asia, the country’s other famous export – cuisine – is one way of helping bring the country’s top pours further into the spotlight. 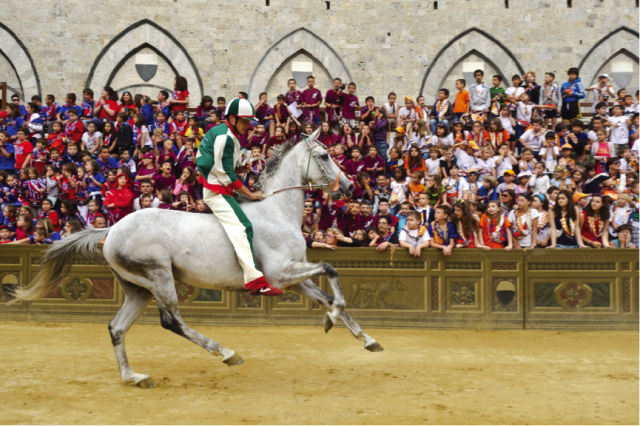 It has often been said that while French wines are the most popular in Hong Kong, it is Italian cuisine that rules the restaurant scene. Although some of the city’s most prestigious restaurants, Pétrus and l’Atelier de Joël Robuchon, are French in flavour, the sheer profusion of Italian restaurants of all kinds easily outnumbers those that are French. Open Rice, an online dining guide, has reviews for over 800 Italian restaurants of all stripes on its site compared to just 427 French eateries. On this basis, even if French wine remains understandably the frontrunner, one might easily expect Italian wine to be not too far behind.

Yet figures between 2010 and 2013 show that Italy ranks just sixth in terms of imports by volume, behind Australia, the US, Chile and Spain in that order. In 2013 Italy imported 299,000 nine-litre cases into Hong Kong, behind Spain’s 382,000 cases and Chile’s 437,000. In terms of imports by value Italy was placed somewhat further up, still behind the US and Australia but leap-frogging Spain and Chile.

In Japan the situation is somewhat different. With consumers having got over what Ornellaia’s export area sales manager Patrick Lachapèle calls the “I am rich I drink Bordeaux wines thing” a long time ago, Italy is third in volume imports.

Last year 3.6 million cases of Italian wine were imported into Japan, a 101.6% increase on 2013. Stevie Kim, managing director of Vinitaly International, is honest about the situation. She remarks: “The Italian wine market in Asia in its entirety is still fairly small compared to the US or Europe. As far as Vinitaly is concerned, Italian wines only represent a mere tenth of imported wines’ market share in both Hong Kong and China.”

Italy has always struggled in new markets. Its variety is utterly bewildering, hard to pronounce and it has to be presented regionally which takes away the emphasis of a countrywide promotional push.

Yet, in Asia at least, there are two factors that count in Italy’s favour. Asia loves red wine and Italy (despite some lovely whites) is a red wine country. Furthermore, if you’re a Super Tuscan producer, the use of familiar Bordeaux varieties in blends is an easy way to introduce the category to consumers, and they are a “great starting point,” according to Berry Bros & Rudd’s head of wholesale, Josh Rubenstein.

Couple this, as Kim adds, to the “great potential and strong signs of growth” in Asia and its growing interest in new wines, flavours and knowledge, and Italy – like many other countries – can surely look forward to even more success in the future.

Right now that success, as with so much of the trade in Asia, is based on the high end. Kim notes: “The growth rate of Chinese consumption of red wine has been astronomical, up 136% in five years. So, it is quite clear that until now our best sellers are the reds, especially those from Tuscany and Piedmont regions.”

That view is backed up by many fine wine merchants. Estelle Fuselier, senior marketing manager for the Altaya Group, confirms that these regions are the “most sought after”, as does Fine & Rare’s head of Asia-Pacific Ross Eva.

“Top sellers remain the iconic big ‘brands’ – the Sassicaias and Tignanellos – as well as the iconic Barolo names such as Conterno or Giacosa,” he reports. “At Fine & Rare we have put a great deal of work into our Italian selection – particularly in Piedmont and Tuscany – and the success of the 2010 vintage in both Barolo and Brunello has attracted many clients to the wines of these two regions. The 2010 Brunellos, which are being released now and over the coming months, are selling very well indeed.”

Rubenstein even notes that the popularity of some wines means those Brunellos where only 500 cases are available are “snapped up”, while more recently, “we see an interest in exploring the variety in Barolo sub-regions and demand for biodynamic wines from off the beaten path. It excites and challenges us to seek out the best expressions from a multitude of regions, grapes and personalities.”

Although this is undoubtedly the case and BBR has made Italy a key focus of its portfolio in recent years, Justerini & Brooks’ Hong Kong head of sales Cellina Chan does issue a reminder that in the majority of cases, “demand is more driven at producer level than by DOs, especially as the grape varieties for Italian wines are more complicated than French wine – clients tend to purchase from estates they are familiar with.”

Aside from the red wines there is a strong theme of Prosecco’s growing popularity throughout Asia (and a little bit of Franciacorta – Lachapèle anecdotally notes the presence of a lot of Bellavista in Japan and Fuselier confirms that the brand arouses curiosity in Hong Kong too).

“There are important Italian wine companies that believe in the strong appeal of sparkling wines such as Prosecco DOC/DOCG, for its ability to engage the middle class and the newcomers in the world of wine, with its fruity taste and its favourable price,” says Kim. “Moscato also seems to be doing well” she continues, “due to its easy-to-drink characteristics.” Rubenstein also picks out the style as one of the “popular” categories, alongside Chianti and Pinot Grigio, that Asian consumers are discovering, or even “re-discovering”.

Gianluca Bisol, president and CEO of Bisol, says that the trend for the last few years is for “the brut version of our Prosecco” and even for extra dry. Meanwhile Giuseppe di Gioia, export sales director for Zonin, says there is “strong attention” for Prosecco in Japan and the south-east Asian markets.

Otherwise, although there is an “increase in interest… right across the range – from everyday drinking to the iconic estates” according to Chan, most Italian wines remain a “niche interest,” admits Eva. Italian grand tour But there are positive signs. For one, Asia is, according to Kim, “still proving to be an important focus for many Italian winemakers,” helped by favourable European funding. And with good reason too. BBR brought over seven winemakers last November along with buyer David Berry Green on what was dubbed the “Italian Grand Tour”, which Rubenstein added was an eye-opener for the producers to see the “knowledge and understanding of our local consumers.” Vinitaly is also supportive, “committed to trying to help create new Italian wine ambassadors,” as Kim explains, as well as launching a certification course at this year’s Vinitaly in March (see page 58 on Vinitaly for more detail) which will aim to create a band of certified “Italian Wine Ambassadors” and “Italian Wine Experts”. Several Hong Kong and Chinese wine professionals have already signed-up to attend.

Private client sales in Asia tend to be relatively low-volume but enormously high-value. Clearly the close association between merchant and client allows small and interesting wineries from all over Italy to build a passionate following. As Rubenstein comments: “Most of our business remains with private customers, for collection or daily drinking. What they purchase depends on how their tastes may evolve over time and openness to trying new things we may recommend. Sometimes it’s easier to discover wines through a tasting event or Wine Club where you’re looking to be surprised by something new.” But the driving hub, the beating heart of wine of any sort in nearly every Asian market, is the on-trade. As Kim explains: “The on-trade forms the leading distribution channel in the Chinese wine market, accounting for more than a 50% share of the market’s total volume.” 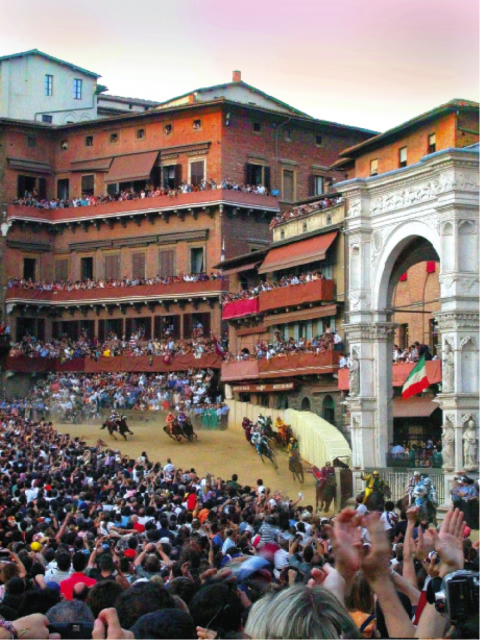 Rubenstein continues: “The on-trade is the fastest growing part of our business, and it’s very rewarding for us to see the wines we’ve chosen to import being enjoyed in restaurants, under the great care of talented wine pros. Our growers love to know that their wines are being enjoyed with great friends and great food.” The on-trade window Of course the great restaurants, Italian or not, with great wine lists want Sassicaia, Ornellaia, Gaja and Conterno but, as Lachapèle notes, “the on-trade is important to us as it is the perfect window for our lovers. If not most, many of the fine dining places around Asia carry Ornellaia – but you know that hotels and restaurants will not sell a case per month.”

What they do sell are the more affordable wines that offer value and volume. Lachapèle continues: “They [on-trade venues], sell more volumes of our second wine (Le Serre Nuove dell Ornellaia) and our Le Volte dell’Ornellaia, which are more affordable.” Variety and (relative) value are always Italy’s strengths and consistency is rising rapidly too. As for the strange disparity between the number of Italian restaurants in Hong Kong and Italy’s low import ranking already mentioned above, Italian on-trade venues are getting better at putting the appropriate wine first and foremost on their list. A prime, if unorthodox, example is 121BC in Soho, with its Italian food and all-Italian wine list. All the wines are biodynamic, organic, “non-intervention” and it makes for an eclectic line-up. That may be extreme, but as Rubenstein says, the days when “we found Bordeaux listed on page one of wine lists at Italian fine dining venues in this region” are fading – perhaps not with the utmost rapidity but they are. There are many reasons for this change. Value is key, particularly in the fine wine world which has branched out and away from Bordeaux and perhaps even Burgundy of late as buyers are priced out of the market and look elsewhere (at the time of going to press Italy was building a what looked like good head of steam through January on Liv-ex).

As Antinori’s regional manager in Asia-Pacific, Jacopo Pandolfini, remarks: “Generally speaking, people are realising that Italy can deliver good value for money at the high end. If you like the top wines from Bordeaux and Burgundy then you can buy the equivalent Italian for a fifth of the price.” It can’t, he admits, compete in the same bracket as Chile, but “at the middle and higher end we deliver on quality.” Italy’s story is similar to a great many other wine country with a presence in Asia at the moment – bar France of course. The great wines have a market; a mixture of time and growing knowledge will bring up the rest in time. Yet it feels as though Italy, more than any other European country, has the better chance to go on to bigger and better things sooner than the rest. It has the on-trade basis, the interest exists and, frankly, of any other European or even any other country in the world it has the greatest recognition necessary to succeed. Right now it’s the “B”s – Barolo, Barbaresco and Brunello – that are popular. If it can only get to the “A”s – Amarone and Aglianico – it’ll be well on its way.