The second Malt Masters Whisky Festival in Hong Kong has nearly doubled in size following its inaugural show and has changed to a more central location to accommodate larger crowds. 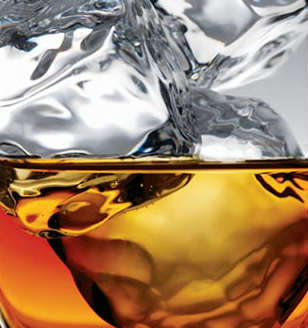 Taking place on 7 March at Qube, part of the new development of PMQ on Aberdeen Street in Soho, the festival will include even more stands, more distillery exhibitors and more whisky.

Founder Ian McKerrow explained to the drinks business that after the success of the first show last spring, two things were apparent: the need for a more convenient location and the demand for a wider and more niche range of whiskies.

As a result, he explained: “The number of stalls has increased from 13 last year to 29 this year, with a much wider range of whiskies.

“In particular, there will be a number of whiskies which will be new to Hong Kong consumers: Glendalough, Ireland’s first craft distillery, The English Whisky Company, Penderyn, Spencerfield Spirits with their blended malts, Sheep’s Dip and The Feathery, The Isle of Arran malt whisky, Benromach from Gordon & MacPhail and Annandale Distillery, which is starting to produce whisky almost 100 years after being closed.”

Last year some 200 visitors visited the fair at Crown Wine Cellars and this time around the organisers are hoping to welcome some 600-800.

As well as the increased range of malts, the show will introduce a “Dream Drams” concept. Each stall will have a rare and valuable bottle which will not be available as a free pour but only on redemption of a token, one of which is included as part of the ticket sale and more of which can be purchased at the event.

As well as a free pour tasting, the two sessions (one in the day and one in the evening) there will be an array of masterclasses spanning subjects such as whisky investment, aromas and spotlights on individual distilleries such as Macallan, Highland Park, Glenmorangie and Glen Rothes.

Visitors will be able to buy whiskies too, as well as whisky related products such as Jim Murray’s The Whisky Bible, while auction house Spink, Cask 88 and The Whisky Corporation will be marketing their services.

The Dutch Cheese Company and Reserva Iberica will be providing food to be matched with the whiskies.