Fine wine vs the successors

So Robert Parker has finally ceded his Bordeaux en primeur tasting duties to Neal Martin – as many had predicted he might. What now? What does this mean for the world of wine scoring? What effect will it have on en primeur pricing (actually that might be a topic for another time)? But more importantly, how wine-stained is the coming struggle going to be? 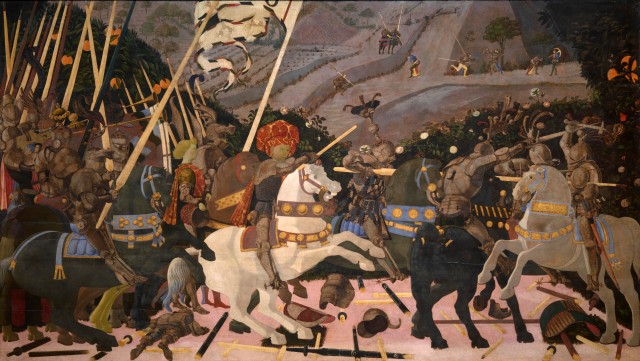 The news was announced in London, ahead of the UK-leg of the “Grand World Tour” tasting taking place today, in fact (26 February 2015). The news was a surprise in terms of its timing, no one quite expected it so soon I think it’s fair to say, but even Parker himself described it as “inevitable”.

He is after all in his late 60s and in recent years has been devolving various responsibilities to his staff, with Neal Martin already covering Sauternes as well as providing his own Bordeaux tasting notes each en primeur in parallel with Parker. So while the transition should be relatively seamless, will it be uncontested?

Whatever your own personal view of Parker, good or ill, there can be no denying that his impact on the wine world has been enormous.

With the devolution of various duties and advancing age, the rise of the internet etc, Parker’s influence seems to have declined yet there is arguably still no other critic whose scores – on Bordeaux at least – have the power to move the market and make prices rise. We’ve witnessed it recently with the 2011s and will again when he brings out his 2005 retrospective and 2012 in-bottle scores. It didn’t happen with the 2013s but that poor vintage never really stood a chance.

His stepping back from the arena of en primeurs however provides a golden opportunity for other critics to carve out critical empires of their own. Parker may have anointed Martin as his immediate successor but when once mighty emperors become a bit long in the tooth, their over-mighty and ambitious rivals tend to plot how best to seize and secure power for themselves.

The Diadochi, Alexander the Great’s generals, ignored Alexander’s son (also Alexander) when the great Macedonian prince died in 323 BC. Alexander IV as he was known was used as a political pawn for a while by various generals but was eventually assassinated as all pretence at keeping Alexander’s empire together evaporated and the Diadochi went all out in their bid for control themselves.

A series of bloody wars followed until the power blocks of the Seleucid Empire, the Antigonid dynasty and Ptolemaic Egypt emerged. Alexander’s mighty empire, stretching from Greece to India and won by the time he was only 30, was torn asunder and no man was ever as powerful again until Octavian defeated Marc Anthony at the battle of Actium (nothing to do with bonded warehouses by the way).

Likewise, the empires of Qin Shi Huang, the first emperor of a unified China*, Napoleon I, Louis XIV, Henry II, Attila the Hun and Genghis Khan did not survive once their guiding hand (or iron fist) was taken away; the successors’ squabbling and in-fighting or simple ineptitude bringing ruin and fragmentation. The simple truth is that, very often, great empires do not survive their founder’s passing.

There is even evidence that Alexander may have been murdered, poisoned with white hellebore that was mixed into his wine. All powerful in life, by the end he had become too dangerous and formerly loyal generals no longer wished to follow him “to the ends of the earth”.

Fortunately, no one is going to slip hemlock into Parker’s next glass of – oh, I don’t know, ’09 Cos? – in order to take his place but consider this. In an interview with Liv-ex in 2012 he did hint that Martin would be the natural choice to take over from him but with the caveat that it wouldn’t be “for at least five years”.

That was in March, by December of the same year he’d sold The Wine Advocate to a Singaporean company and stepped down as editor. Now, lo and behold and only three years later he’s giving up the keys to en primeur. Was he “deposed” after all?

I’ll let others answer that because I’d rather focus on what comes next. TWA is clearly trying to secure it’s position, keeping out the prowling Franks and Goths beyond the Rhine and ensure there is “life after Bob”.

It needs to prove that the name of the journal can still wield the same impact in the market place once he’s no longer directly at the helm and that it remains the premier wine influencer. And it may succeed – but not without a fight.

I see the wine world gearing up for a power struggle over Bordeaux. The market may have broadened out to Super Tuscans, Burgundy and Napa Cabs but the fine wine market is dominated by those famous rives, it always has been and it always will be. One can nibble at the fringes of empire, become the king of Barolo or the Castellan of Châteauneuf du Pape but it is from Bordeaux that real power is drawn.

So expect a replay of the Wars of the Diadochi mixed with a little decline and fall of the Roman Empire and it will be a fight that is more likely to lead to the splitting of Bordeaux into spheres of influence and leave it looking like Cold War Berlin than it is to see one critic emerge triumphant, a Charlemagne declaring a new Roman Empire.

The new battle for influence will not be on the literal battlefield of course; this year’s en primeurs are not going to witness gangs of silk scarf and trendy spectacle wearing critics battering each other into oblivion with their iPads – fun as that would be with all that red wine running in blood-like rivulets down the walls, making blue-checked shirts incarnadine and so on. It’s an allegorical heaven.

Influence is measured in reach and it’s a much louder, crowded, more ruthless place than it was when Parker founded The Wine Advocate over 30 years ago. It is very unlikely that Parker himself could recreate his success if he were starting out today.

But before wine and ink is spilled in irretrievable quantities in the struggle for supremacy, perhaps one needs to ponder the question: “Do critics, and more importantly can any one critic alone, still command the sort of influence among buyers and châteaux owners that Parker did/does?”

Some would say very much not and certainly in the UK and the rest of Europe where buying on the basis of points has never attracted much appeal, the influence of Parker, which was never particularly strong, is negligible.

Certainly the lack of interest in en primeurs in Asia means TWA can expect little to no help from that quarter. It’s best hope therefore is that a weak euro and stronger dollar brings the US market, the journal’s traditional base readership, back to the futures game – but that will be dependent on price.

The other point to consider is whether the Bordelais particularly care for critic’s anymore. Parker steered clear of his normal spring tasting of en primeurs last year and Pontet Canet released its in-barrel price before the tastings had even begun and later releases did not bear much correlation to the trade’s general consensus. Was this a sign the Bordelais no longer really care what others have to say?

The subject of the death of the critic is really beyond the scope of this piece but it will be interesting to see how this pans out – though, like the Wars of the Diadochi, it will take a few years I have no doubt.

Personally, despite there being many fine and knowledgeable tasters out there who excel at their jobs, it’s hard to name anyone who will (at least in the short-term) fill Parker’s shoes to quite the same degree, maybe no one ever will again. Maybe TWA will not flourish post-Parker as the Bordeaux Bible, his name already eclipses his creation anyway, you can even use his name as an adjective even if it’s somewhat derogatory.

IF – and I make no claim it will happen – TWA does succumb to one of the barbarians at its gates and if no critic becomes the wine voice of a generation; in the vein of kings and tyrants I call first dibs on Parker paraphrasing Louis XIV: “Le Wine Advocate, c’est moi.”

*Who, in one of my favourite historical anecdotes, went mad on mercury and died following a trip to shoot imaginary giant fish with a crossbow. The fish, Qin believed, were preventing his explorers from journeying across the oceans to find him the elixir of eternal life. So it goes.