British gin ‘is the next Scotch whisky’

There is no reason why the British gin industry could not be as successful and Scotch, according to the chief executive of the Wine and Spirit Trade Association (WSTA). 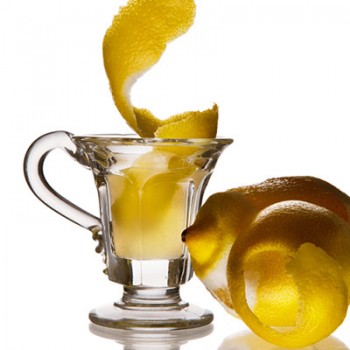 Pointing toward the rapid growth of the gin industry in recent years and its popularity among a breadth of ages Miles Beale, chief executive of the WSTA, pegged the the spirit as “the next Scotch whisky”.

“It’s partly a feeling, partly a claim and mostly an aspiration. These is no good reason that it should not be as successful as Scotch. The number of craft gins and they way they differentiate themselves and the strength of demand is huge.

“If you look at population and by age there are gin drinkers in every category and that isn’t true of other spirits. Gin is very trendy and there are young people who are drinking gin, not drinking a lot, but trying different styles.”

Of all the gin sold in the UK 93% is produced in the UK, while around 28% consumed worldwide is exported from the UK. The success of gin has been helped by the changing food culture in the UK, according to Beale, which has contributed to a drop in alcohol consumption and a greater appreciation and focus on gastronomy.

He said: “15 years ago if you had asked someone from Paris to come to London to eat well they would have laughed in your face. They wouldn’t do that now. Most people under the age of 30 living in London are what I would call “foodies”. They are drinking things that complement foods and are tempted to try different gins. It underlines the point about the UK’s changing culture; that we are moving away from consumption and toward paying more but drinking less.”

His comments come as the WSTA continues in its bid to persuade the UK government to cut duty on wine and spirits by 2% in the upcoming Budget, in partnership with the Scotch Whisky Association and Tax Payers’ Alliance.

Such a cut would result in a £1.5 billion boost to public finances in 2015, according to independent analysis by Ernst Young, due to increased investment across the industry, greater tax income from corporation tax and VAT and from more jobs created in pubs, bars, restaurants, shops and the wider supply chain due to increased confidence in the industry.

Last year the trio’s campaign was successful in getting the alcohol duty escalator scrapped, asking this year for a 2% cut in duty on wine and spirits. Beale believes this is a “fair ask” given that wine hasn’t received a tax cut since 1985, while spirits has only received two tax cuts in the past 100 years.

Building on the success of last year’s campaign, the association is calling on the trade and consumers alike to help repeat its fortunes, acknowledging that such a campaign cannot be carried out every year calling this a “once in a four or five year opportunity”.

UK consumers currently pay 67% if all wine duties collected across the 28 member states of the EU.

“We are obviously very harshly taxed and that’s something that consumers do care about. MPs never care about consumers more than when they are about to be voters”, Beale said.

When asked what the feeling among MPs was toward this campaign compared to last year Beale said they were “less suspicious” of its motives.

He said: “This time last year if you asked me that question the answer would have been that they recognised there was a campaign, they are surprise by some of the facts but it was going to be quite a large job to change MP’s minds about the industry. This year the reaction is very different. They are much more informed and less suspicious if you like. They think it is a credible ask. None of them will say its likely to succeed or not because they have got elections to win. A cut is going to reduce the deficit, that’s a prerequisite.”

The campaign is calling on members of the trade and consumers alike to email their MP to support the campaign, by emailing a pre-written letter via the Drop the Duty website. For more information and to get involved click here.