BrewDog has taken its craft beer mission to Spain opening its first bar in Barcelona. 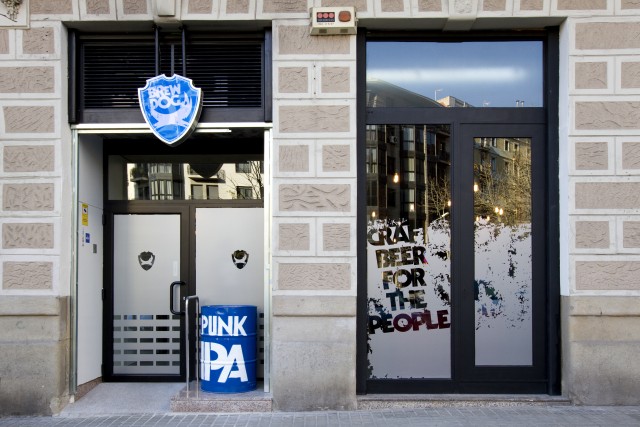 Located at Carrer de Casanova 69, the bar is located in a former bank building and as such boasts bulletproof glass.

With a capacity for 100 people the bar will serve 20 beers on tap including a selection of craft beers from Barcelona and the rest of Spain. Regular “meet the brewer” events are planned to give customers the chance to meet some of Spain’s most “forward-thinking” brewers.

James Watt, BrewDog co-founder, said: “Barcelona needs no introduction. Its reputation as a cultural epicentre precedes it. It’s vibrant, it’s artistic, it’s experimental, it’s proud, it’s unapologetic, it’s BrewDog. From Gaudi to Messi, Barcelona is a city of rule-breaking and record setting and this perfectly encapsulates the BrewDog ethos. The demand for craft beer in Spain has been growing year on year, and our exports to the country also reflect this trend. We have listened to the fans and set up our first outpost in the Iberian Peninsula.”

BrewDog’s first Spanish site brings the brewer’s total number of bars worldwide to 26 with sites in Brazil, Japan, Italy and Sweden to name a few.