Belvédère ‘back in the race’ 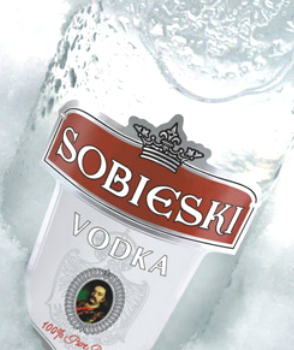 Although its €467 million net sales marked a decline on 2013, the French group pointed to an increased market share for flagship brands in key markets after a move to abandon “activities and contracts that were either non-strategic or not very profitable.”

This saw an end to several distribution contracts, third party vodkas and the sale of the Danzka vodka brand, with a knock on effect for sales in markets such as Ukraine, Slovakia and Belarus. Belvédère reported that these changes accounted for €57.7m of a total €72.7m sales slide on 2013.

Turning to its domestic market, the group highlighted the sales increase for its William Peel brand, which gives Belvédère a 22% share of the Scotch whisky category in France. Thanks to its Sobieski brand, the company holds a 12% share of the country’s vodka segment, while claiming a market share of just under 30% for the aromatised wine-based drinks segment, where its Moncigale brand has enjoyed success with expressions such as Rosé Pamplemousse.

Further afield, Belvédère saw a 19.7% net sales decline in its second largest market, Poland. This was due in part to ending its third party vodka contracts, but also a sales rush at the end of 2013 ahead of a duty hike, which was followed by aggressive promotions from competitors. However, by the final quarter of 2014, the company reported an increase in market share for its Sobieski and Krupnik brands as it fought back with new formats and flavours.

It was a brighter picture in Belvédère’s next biggest market Lithuania, where net sales rose by 25% to €21.8m. Meanwhile in the US, the company pointed to a 9.4% sales increase in the country’s 17 “control” states, where alcoholic beverages are distributed via government agencies. Overall however, its US sales fell by 5% to €19.9m, largely as a result of “inventory clearance operations by distributors.”

Jean-Noël Reynaud, who has led these changes since arriving as CEO of Belvédère in May 2014, commented: “The new management committee and all of our teams have worked strenuously to normalise the group and put it back into operational shape.”

Insisting that the company now has “clear objectives” as set out in its “BiG 2018 strategic plan”, Reynaud maintained: “Our brands’ performances prove that we are now back in the wine and spirits industry race.”

As a result of these changes, as well as ongoing work on “rationalising and optimising” the group’s activities, he concluded: “We are henceforth an agile multiregional group adapted to market constraints and owning high-performance brands, which will enable us to ensure our scale-up and the acceleration of our profitable growth.”